The India power & distribution transformer market is estimated to garner a revenue of USD 4258.0 Million by the end of 2030, by growing with a CAGR of 7.41% over the forecast period, i.e., 2021 – 2030. Moreover, the market garnered a revenue of USD 2137.86 Million in the year 2020. The growth of the market can primarily be attributed to the growing demand for energy in the country across different end-use sectors, followed by the increasing power generation in the country. Moreover, rapid development in the area of deployment of smart grid, and the shift towards renewable energy sources, along with the growing deployment of green transformers, are some of the major factors anticipated to drive the market growth. 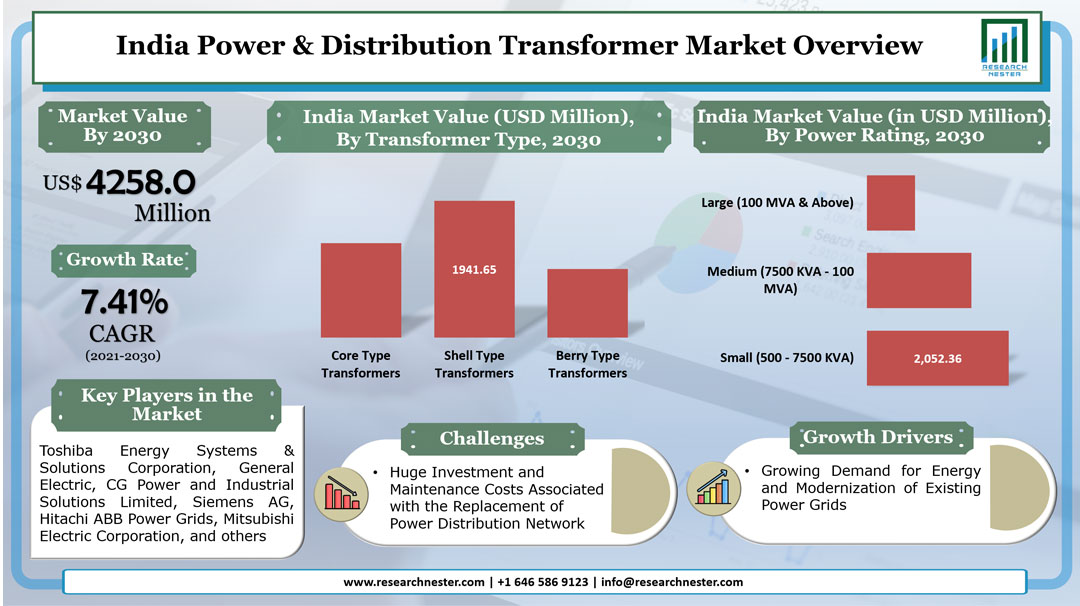 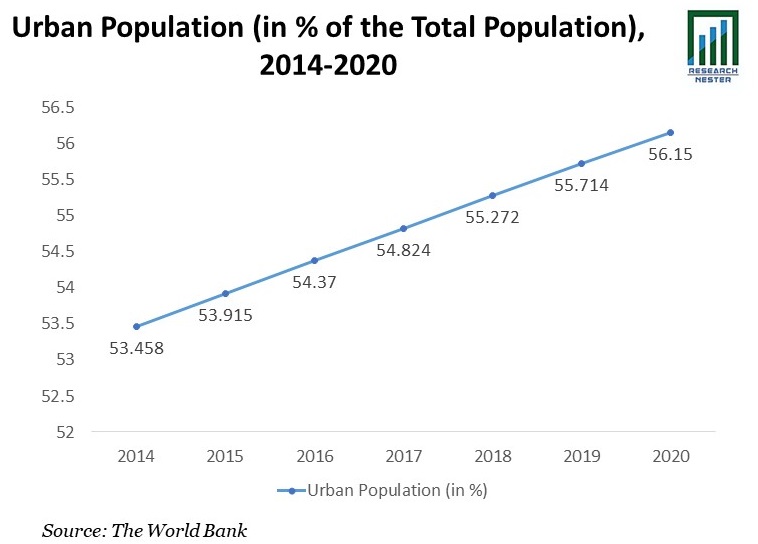 Backed by the growing demand for energy, the government of the country is increasingly focusing on to improve its power infrastructure, which is one of the major factors anticipated to drive the growth of the market in the coming years. Moreover, with the surge in the development of smart cities, the focus on deployment of green and renewable energy transformers and shift towards renewable sources of energy is increasing at a massive pace, which in turn, is anticipated to drive the growth of the India power & distribution transformer market.

1) What are the major factors driving the growth of the India power & distribution transformer market?

Ans: The rise in demand for energy, modernization of existing power grids, and increasing focus on the adoption of smart grid are some of the major factors anticipated to drive the market growth.

2) What would be the CAGR of India power & distribution transformer market over the forecast period?

3) What are the challenges affecting the India power & distribution transformer market growth?

Ans: The huge investment and maintenance costs associated with the replacement of power distribution network and the high price of transmission and distribution equipment are some of the major factors estimated to hamper the market growth.

5) Who are the major players dominating the India power & distribution transformer market?

7) What are the segments in the India power & distribution transformer market?

Ans: The market is segmented by transformer type, power rating, mounting, phase, and by end-user.

Ans: The shell type transformers segment is anticipated to generate the largest market revenue of USD 1941.65 Million by the end of 2030 and display significant growth opportunities.