The global incremental encoders market is estimated to garner a moderate revenue by the end of 2031 by growing at a CAGR of ~10% over the forecast period, i.e., 2022 – 2031. Further, the market generated a modest revenue in the year 2021. The growth of the market can primarily be attributed to the growing demand for incremental encoders for the airborne systems as well as flight simulators with the rise in the aerospace industry worldwide. For instance, it was found that, the revenue of global commercial aerospace and defense (A&D) industry accounted for more than USD 700 billion in 2021. 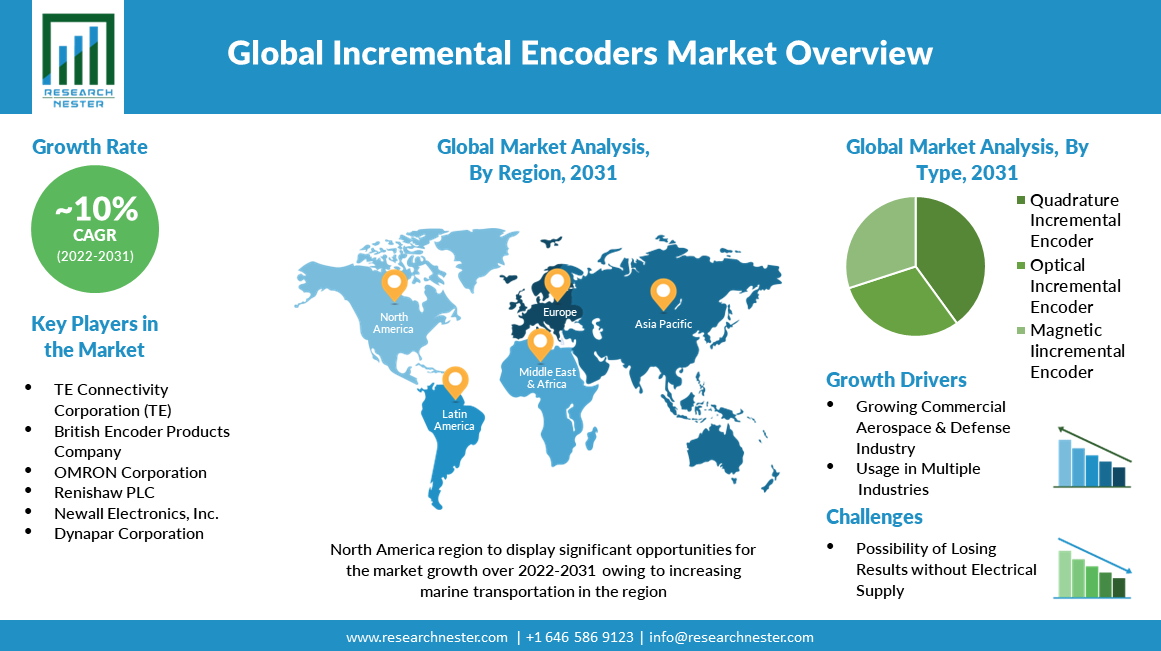 An encoder is a sensing device that provides feedback. Encoders convert motion to an electrical signal that can be read by some type of control device in a motion control system. Encoders are used in machinery for motion feedback and motion control. They are found in machinery in all industries. The encoder sends a feedback signal that can be used to determine position, count, speed, or direction. A control device can use this information to send a command for a particular function. An incremental encoder is a type of encoder device that converts angular motion or position of a shaft into an analog or digital code to identify position or motion. Incremental encoders are one of the most commonly used rotary encoders. It has two output signals, A and B, which issue pulses when the device is moved. Together, the A and B signals indicate both the occurrence of and direction of movement. Incremental encoders are used in positioning and motor speed feedback applications which includes servo/light, industrial or heavy-duty applications. An incremental encoder provides excellent speed and distance feedback and, since there are few sensors involved, the systems are both simple and inexpensive. The demand for incremental encoders is on the rise amongst the automotive industry, which in turn, is expected to create massive revenue generation opportunities for the key players operating in the global incremental encoders market during the forecast period. It is estimated that the unit sales volumes of the automotive industry to be around 78 million units in 2022 worldwide.

Regionally, the global incremental encoders market is studied into five major regions including North America, Europe, Asia Pacific, Latin America and Middle East & Africa region. Amongst these markets, the market in North America is projected to hold the largest market share by the end of 2031, backed by the presence of a strong maritime network in the region, growing number of jobs on ports, as well as the rising economy generated from marine transportation. For instance, as per the 2022 data, ports in the United States support over 13 million jobs, whereas ships move ~USD 1.5 trillion in and out of the country's ports annually. Also, also ~75% of all trade involves some form of marine transportation in the United States. 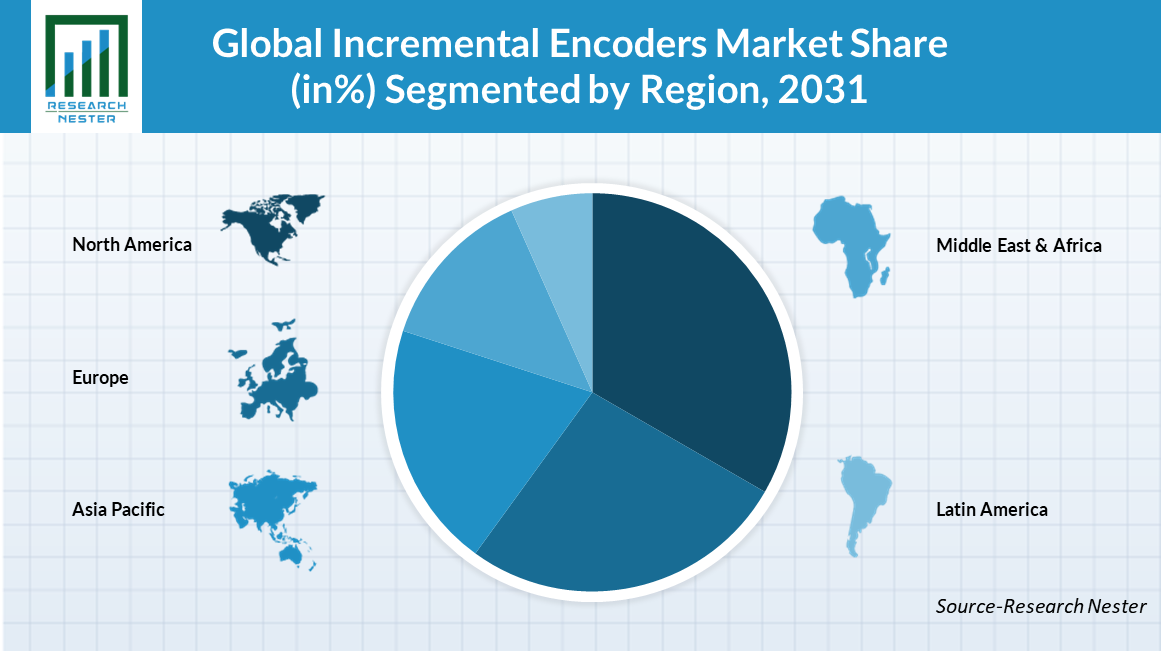 The global incremental encoders market is further classified on the basis of region as follows:

Our in-depth analysis of the global incremental encoders market includes the following segments:

What are the major factors driving the growth of the incremental encoders market?

The upsurge in the aerospace & defense industry as well as rise in the automotive industry sales along with growing automation in manufacturing sector are some of the major factors anticipated to drive the growth of the market.

What would be the CAGR of incremental encoders market over the forecast period?

What are the challenges affecting the incremental encoders market growth?

Concern about setting a reference point as well as possibility of losing the results without electrical supply are some of the factors estimated to hamper the market growth.

Which region will provide more business opportunities for growth of incremental encoders market in future?

Who are the major players dominating the incremental encoders market?

What are the segments in the incremental encoders market?

Which segment captures the largest market size in type segment in the incremental encoders market?

The quadrature segment is anticipated to garner the largest market size by the end of 2031 and display significant growth opportunities.