The global in-vitro inflammatory bowel disease (IBD) market is estimated to garner a revenue of USD 2391.64 Million by the end of 2028, up from USD 1640 Million in 2019, by growing at a CAGR of 5.4% over the forecast period, i.e., 2021 – 2028. The growth of the market can be primarily attributed to the growing prevalence of inflammatory bowel disease worldwide, and therefore the need amongst individuals to diagnose the disease. According to the statistical report titled “The Global, Regional and National Burden of Inflammatory Bowel Disease in 195 Countries and Territories, 1990-2017: A Systematic Analysis for the Global Burden of Disease Study 2017”, the prevalence of IBD globally in the year 2017 recorded to 6.8 Million. Further, the statistics also stated that the age-standardized prevalence rate of the disease touched 84.3 per 100000 population in the year 2017, as compared to 79.5 per 100000 population in the year 1990. Moreover, the market is also anticipated to grow on account of the growing healthcare expenditure and the rising research activities in the field of gastro sciences. 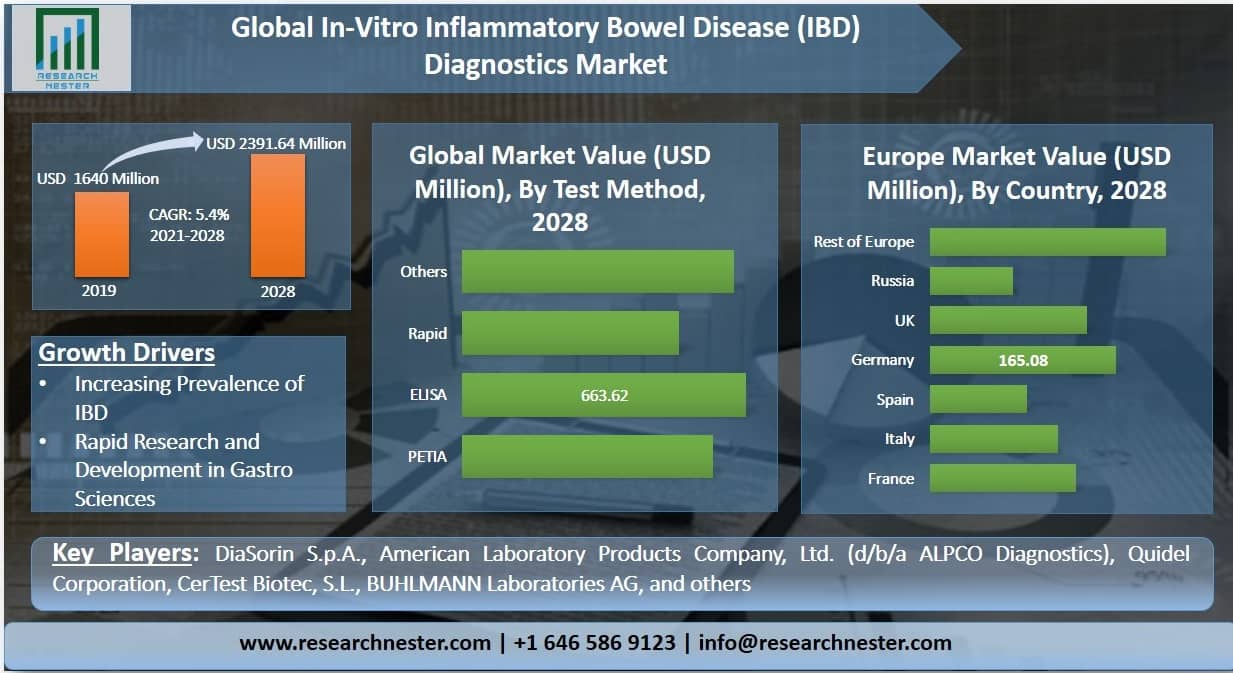 The global in-vitro inflammatory bowel disease (IBD) market is also expected to grow on account of the growing concern for the increasing incidences of digestive diseases worldwide and the increasing awareness amongst individuals to treat such diseases. According to the statistics by the Institute for Health Metrics and Evaluation (IHME), deaths caused due to digestive diseases around the globe increased from 726331.36 deaths in the year 2000 to 939281 deaths in the year 2019. 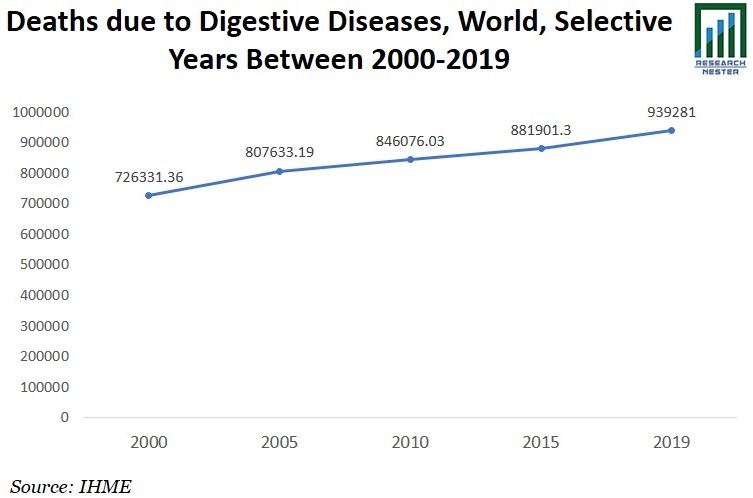 Regionally, the global in-vitro inflammatory bowel disease (IBD) market is segmented into five major regions including North America, Europe, Asia Pacific, Latin America and Middle East & Africa region. The market in North America is anticipated to hold the highest market share throughout the forecast period, backed by the increasing prevalence of IBD amongst the individuals in the region, followed by the presence of a strong healthcare network in countries such as the United States, as well as for the rising healthcare expenditure in the countries in the region. The market in the region garnered a revenue of USD 723.24 Million in the year 2019, and it is further expected to reach USD 1067.01 Million by the end of 2028. The market in the region is also anticipated to grow with the highest CAGR of 5.7% during the forecast period.

1) What are the major factors driving the growth of the in-vitro inflammatory bowel disease (IBD) diagnostic market?

Ans: The growing prevalence of IBD is one of the major factors anticipated to drive the market growth.

2) What would be the CAGR of in-vitro inflammatory bowel disease (IBD) diagnostic market over the forecast period?

Ans: The stringent norms for product approval is one of the major factors estimated to hamper the market growth.

Ans: The market in Europe is projected to display significant growth opportunities during the forecast period.

7) What are the segments in the in-vitro inflammatory bowel disease (IBD) market?

Ans: The ELISA segment is anticipated to hold largest market size of USD 663.62 Million by the end of 2028 and display significant growth opportunities in the years to come.