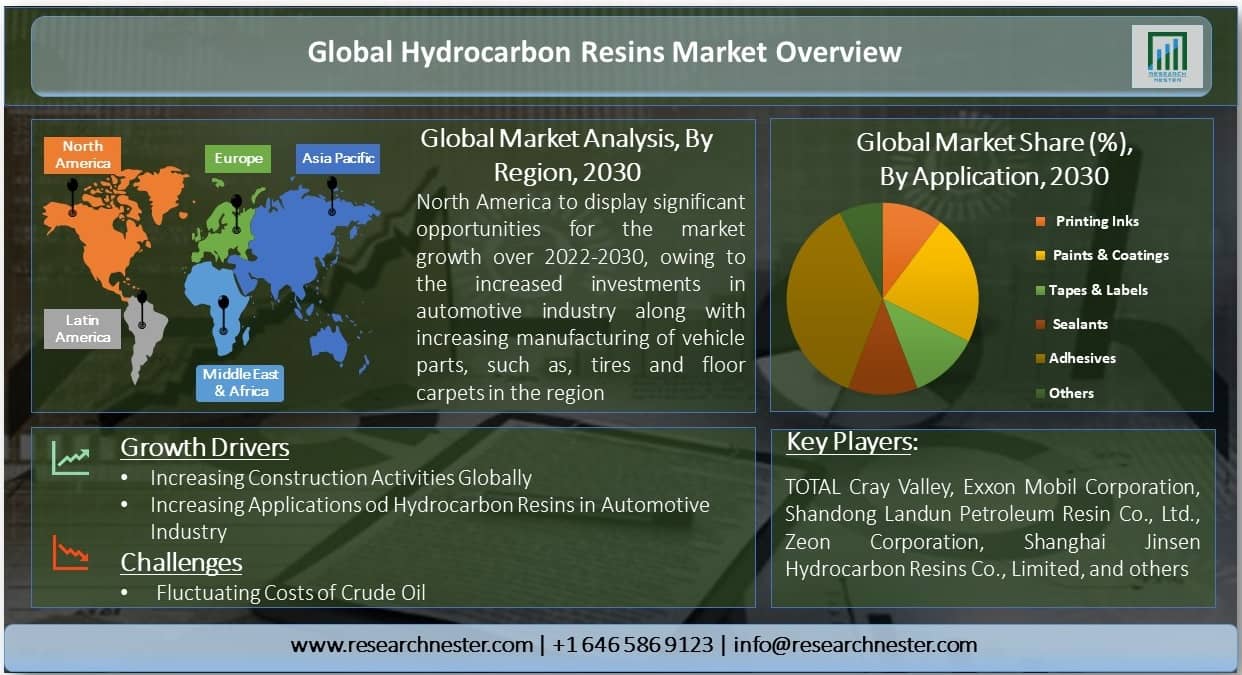 On the basis of end-user, the market is segmented into automotive, construction, and others, out of which, the construction segment is estimated to garner significant share over the forecast period, on the back of increasing application of hydrocarbon resins for various construction processes, such as, roofing. Moreover, increasing construction activities, backed by the growing population is expected to drive the segment growth.

Regionally, the global hydrocarbon resins market is segmented into five major regions including North America, Europe, Asia Pacific, Latin America and Middle East & Africa region. The market in North America region is estimated to garner largest share over the forecast period on the back of increasing application of hydrocarbon resins in the automotive market for making tires and other parts of automobiles. Furthermore, the growing industrial development in the region, especially in the U.S., along with the presence of major market players are estimated to boost the regional market growth.

The market in the Asia Pacific region is estimated to witness highest CAGR over the forecast period, owing to the increasing demand for petroleum-based resins in countries, such as, China, backed by the growing construction and consumer electronics industries. In 2019, over 50 million people were involved in the construction industry in China, which witnessed a raise of 20 million within a decade. Moreover, economic development in various countries in the region, including Vietnam, India, Indonesia and South Korea, is estimated to boost the market growth in the region. 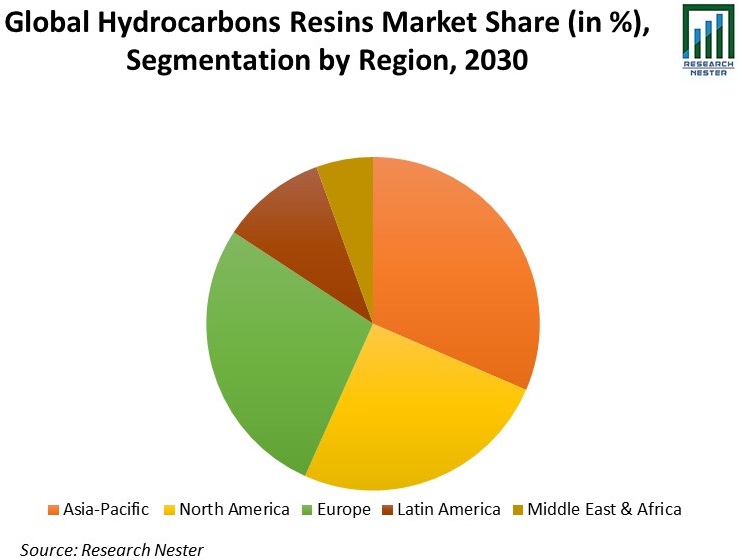 The global hydrocarbon resins market is further classified on the basis of region as follows:

Our in-depth analysis of the global hydrocarbon resins market includes the following segments:

1) What are the major factors driving the growth of the hydrocarbon resin market?

Ans: Increasing construction activities on a global level, along with rising automotive industry are the key factors driving market growth.

2) What would be the CAGR of hydrocarbon resin market over the forecast period?

3) What are the challenges affecting the hydrocarbon resin market growth?

Ans: Fluctuating price of the crude oil is estimated to hamper market growth.

4) Which region will provide more business opportunities for growth of hydrocarbon resin market in future?

Ans: The market in Asia Pacific region will provide ample growth opportunities owing the increased economic development along with growing construction industry in the region.

5) Who are the major players dominating the hydrocarbon resin market?

7) What are the segments in the hydrocarbon resin market?

Ans: The market is segmented by type, application, end-user, and region.

8) Which segment under the application segment captures the largest market size in the hydrocarbon resin market?

Ans: With respect to application, the adhesive segment is anticipated to hold the largest market share owing the increasing application of adhesives in manufacturing, consumer electronic, and other industries.