The global haptoglobin reagent market is estimated to garner significant revenue by the end of 2031 by growing at a CAGR of ~8% over the forecast period, i.e., 2022 – 2031. Further, the market generated notable revenue in the year 2021. The growth of the market is projected to the rising prevalence of anemia. World Health Organization (WHO) published a report showing that in 2019, 29.9% of women aged between 15 to 49 and 36.5% of pregnant women were found to be affected with anemia. 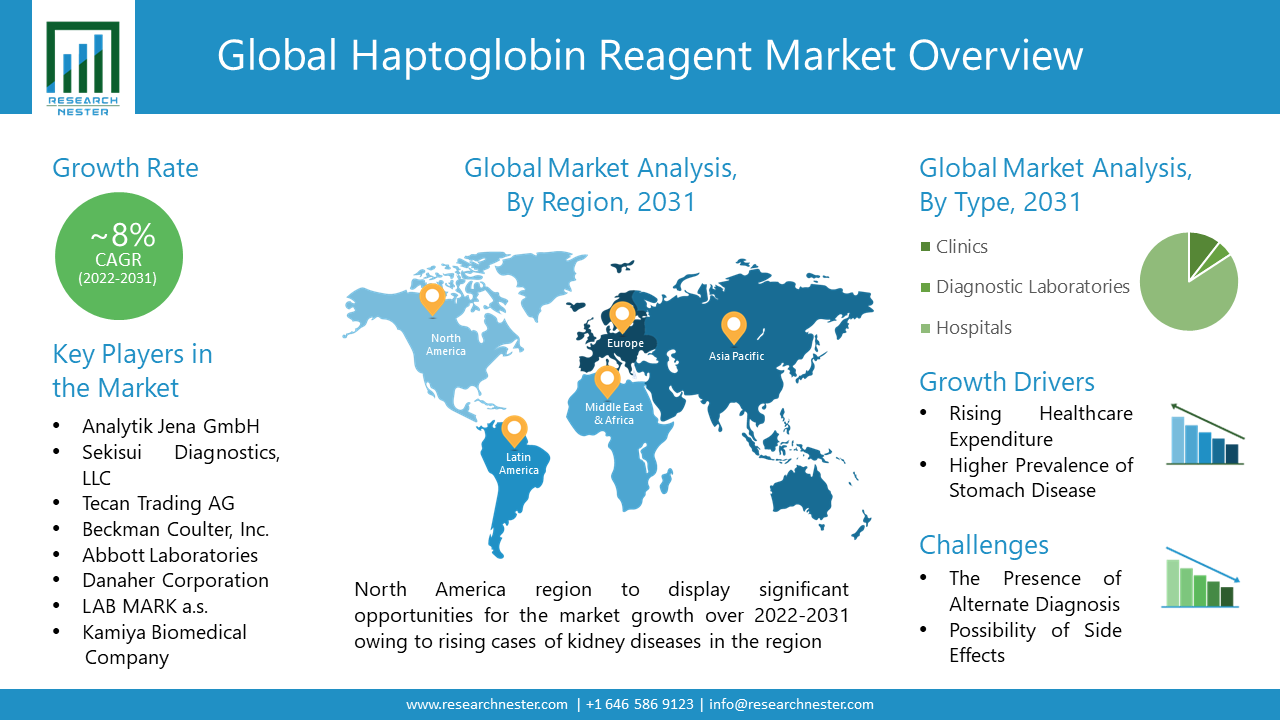 Furthermore, the global haptoglobin reagent market is projected to grow on the back of various growth factors such as, renal and chronic diseases. Haptoglobin, an acute phase protein, is produced by the liver and binds up hemoglobin to prevent renal damage and iron loss. Haptoglobin is found at 45 milligrams per deciliter of blood and if it gets any lower than that, serious conditions can arouse within the body. Rising net national income per capita is further anticipated to propel the growth of the market over the forecast period. World Bank released a set of data showing 8,784 net national income per capita in 2020. National income per capita demonstrated by World Bank for each country in the similar year was Australia (39,193), Brazil (5,758), Canada (34,808), China (7,540), Germany (38,407), India (1,682), and others. 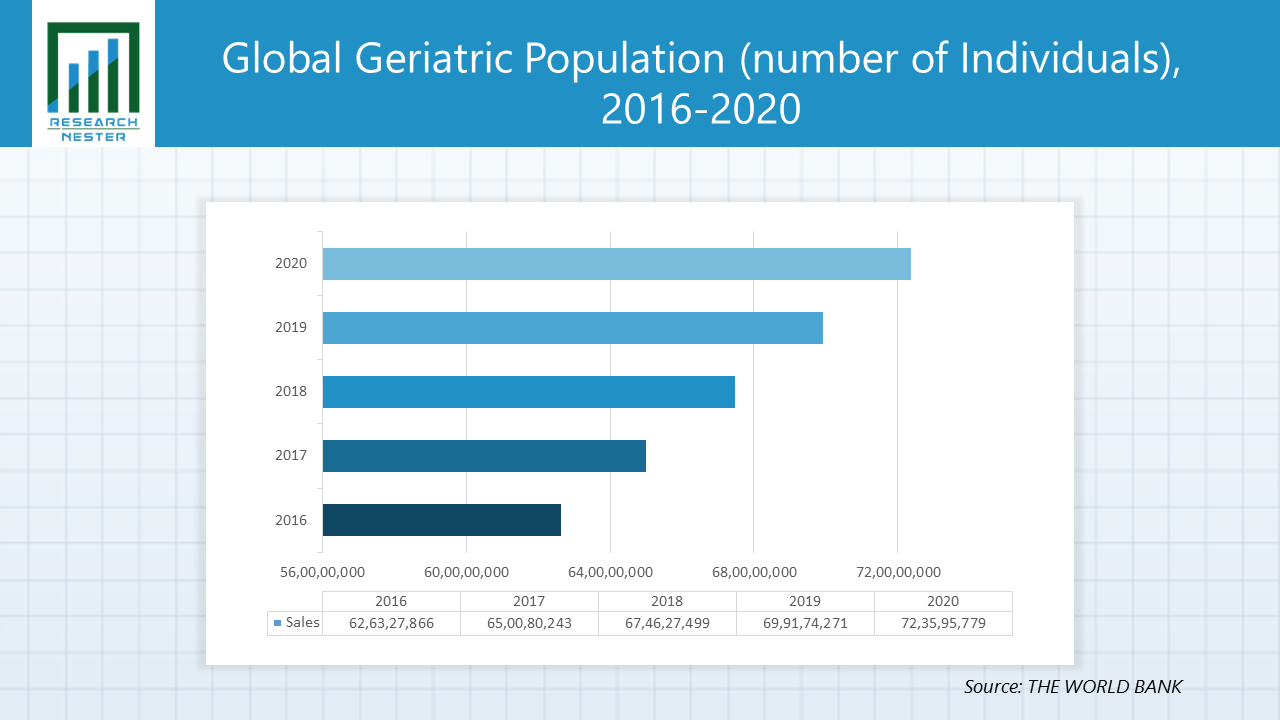 World Bank released a set of data demonstrating the healthcare expenditure per capita to be USD 1,121.97 in 2019.

National Library of Medicine published a report showing that there were around 17.7 million cases of acute appendicitis in 2019.

It observed that warm autoimmune hemolytic anemia (WAHA) affects about 1 to 2 per 100,000 individuals every year.

The global haptoglobin reagent market is segmented and analyzed for demand and supply by end-user into clinics, diagnostic laboratories, and hospitals, out of which, the hospitals segment is anticipated to hold the notable share in the global haptoglobin reagent market during the forecast period. The growth of the segment is attributed to the provision of better medical facilities. Hospitals have multiple departments available in a single place to run the requisite test. For instance, in 2018, the share of the USA in global health expenditure was estimated to be about 40% and for China, it was projected to be almost 10% in a similar year. Additionally, hospitals contain a higher patient pool compared to other end-user of the market. 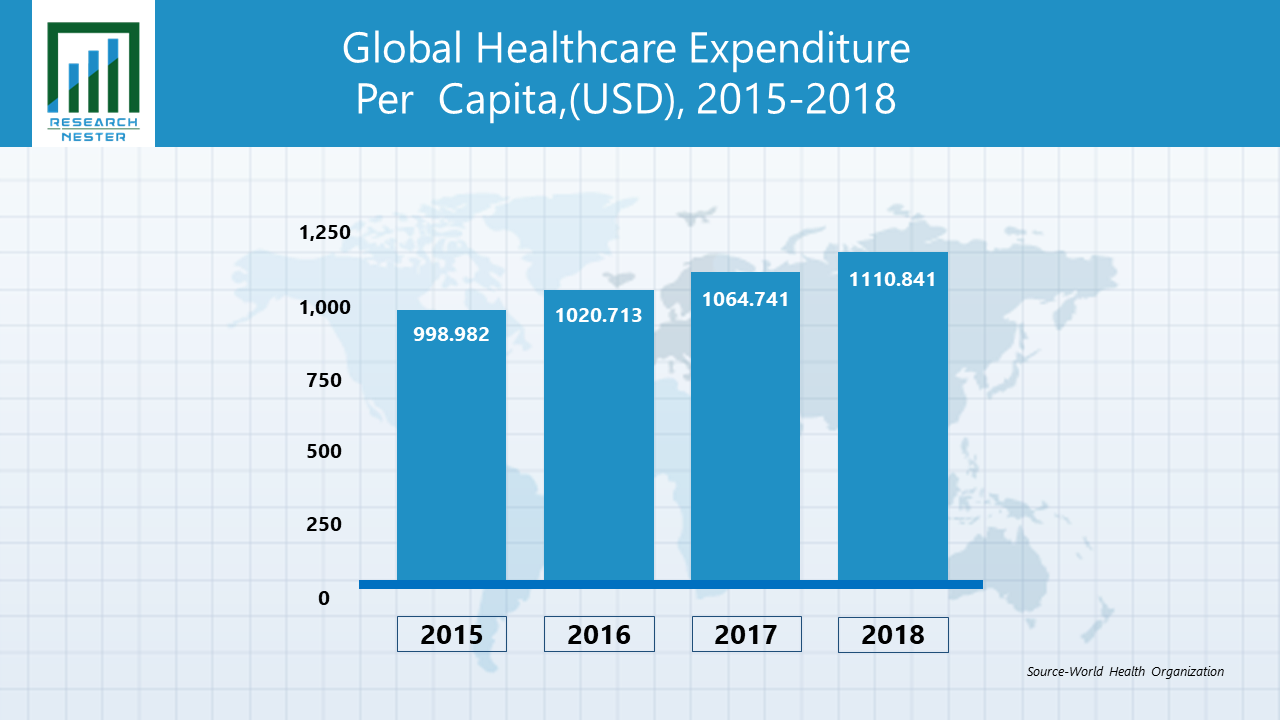 Regionally, the global haptoglobin reagent market is studied into five major regions including North America, Europe, Asia Pacific, Latin America and Middle East & Africa region. Amongst these markets, the market in North America region is projected to hold the largest market share by the end of 2031. The market in the North America region is estimated to witness noteworthy growth over the forecast period on the back of rising cases of anemia and kidney diseases in the region. Data released by the National Hospital Ambulatory Medical Care Survey in 2018, 890,000 visits of people with anemia were noticed to the emergency departments in the United States. Furthermore, the rising mortality rate owing to anemia in the region is also anticipated to drive the growth of the market during the forecast period. Haptoglobin also prevents renal damage that is associated with kidney disease, meanwhile, a higher prevalence of kidney disease can be observed in the region. The National Kidney Foundation provided data, that in 2018, about 80 million adults were diagnosed with kidney diseases in the United States making it 1 out of 3 people. Hence, such factors are anticipated to foster the growth of the market over the forecast period. 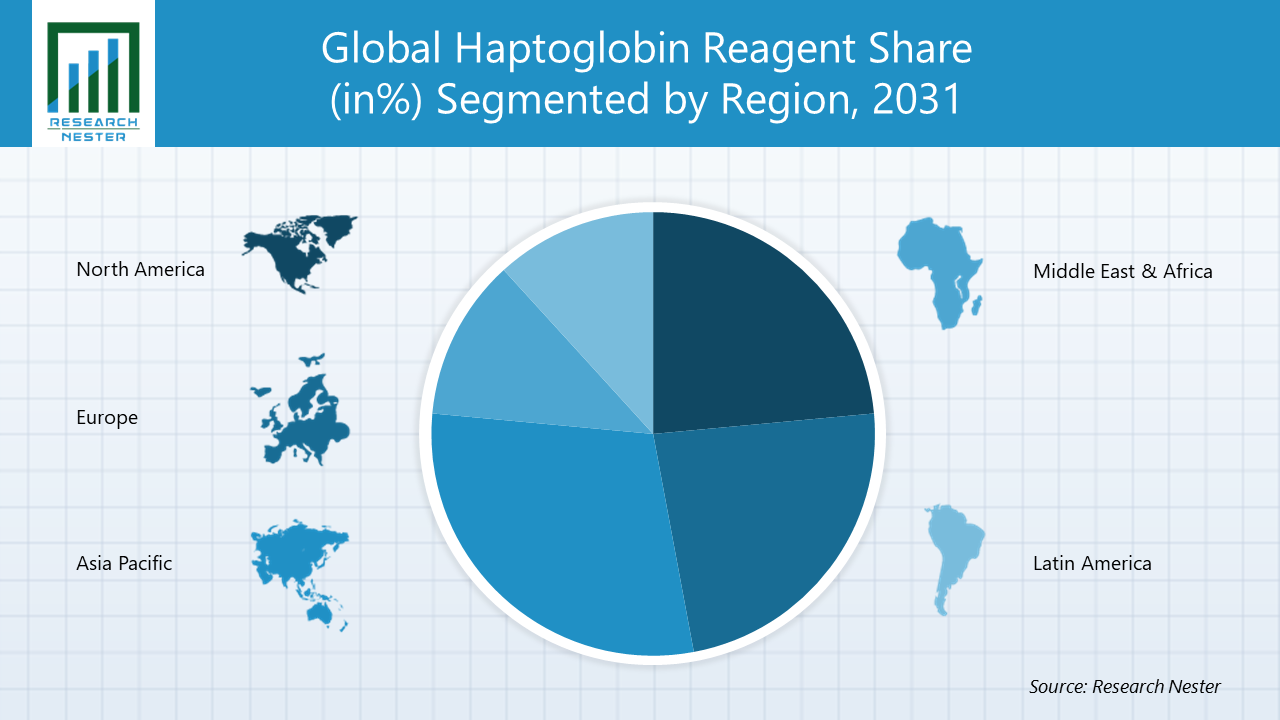 The global haptoglobin reagent market is further classified on the basis of region as follows:

Our in-depth analysis of the global haptoglobin reagent market includes the following segments: 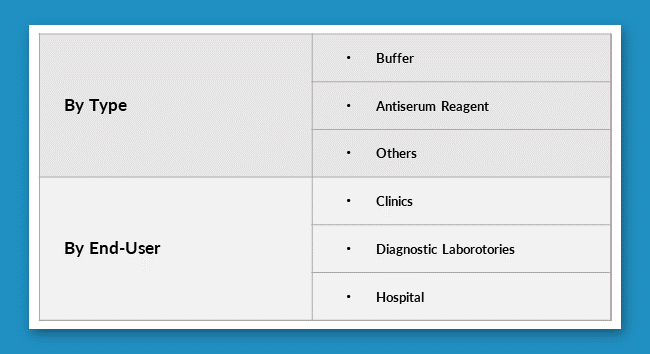 What are the major factors driving the growth of the haptoglobin reagent market?

Growing per capita healthcare expenditure and higher prevalence of stomach diseases are estimated to majorly boost the market growth.

What would be the CAGR of haptoglobin reagent market over the forecast period?

What are the challenges affecting the haptoglobin reagent market growth?

The presence of alternative diagnosis and the possibility of side effects are estimated to challenge the market growth.

Which region will provide more business opportunities for growth of haptoglobin reagent market in future?

Who are the major players dominating the haptoglobin reagent market?

What are the segments in the haptoglobin reagent market?

Which segment captures the largest market size in end-user in the haptoglobin reagent market?