The global guar gum market is estimated to grow with a CAGR of 6.9% during the forecast period, i.e., 2021-2028. The market is further projected to attain a market revenue of USD 1111.8 Million by the end of 2028 from USD 787.6 Million in 2019. The growth of the market can be attributed primarily to the growing demand for guar gum from the oil & gas industry as its derivatives are extensively used across a wide array of applications, especially in green corrosion inhibitors, drilling fluid formulations, dispersants, and others. 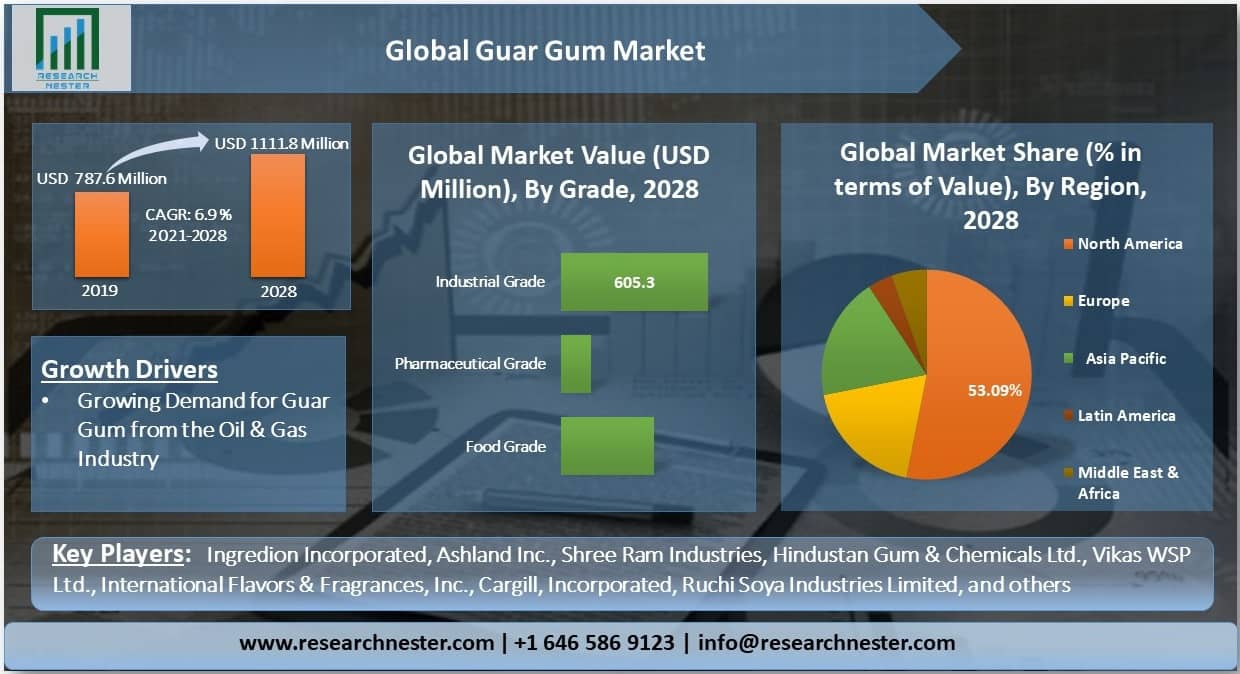 Industrial grade guar gum is used as a thickening agent in the hydraulic fracturing for oil recovery and oil stimulation. Guar gum renders the hydraulic fracturing water viscous and thus make it capable of carrying and suspending proppant deep into the fractures created via the water pressure. In addition, the high viscosity of this biopolymer molecule also greatly reduces the friction and thereby augment water pressure. Moreover, the development of hydrophobically modified guar gum derivative (HMGG) for fracturing fluid formulations is also expected to result in the increased application of guar gum in oil and gas industry over the forthcoming years. The market is further projected to grow on account of the growing production of crude oil worldwide and therefore the need for guar gum in the oil & gas industry. According to the statistics by the United States Energy Information Administration (EIA), the annual production of crude oil and liquid fuel around the world reached 100.660 Million barrels per day in the year 2019 and is further projected to reach 101.822 Million barrels per day by the end of 2022. 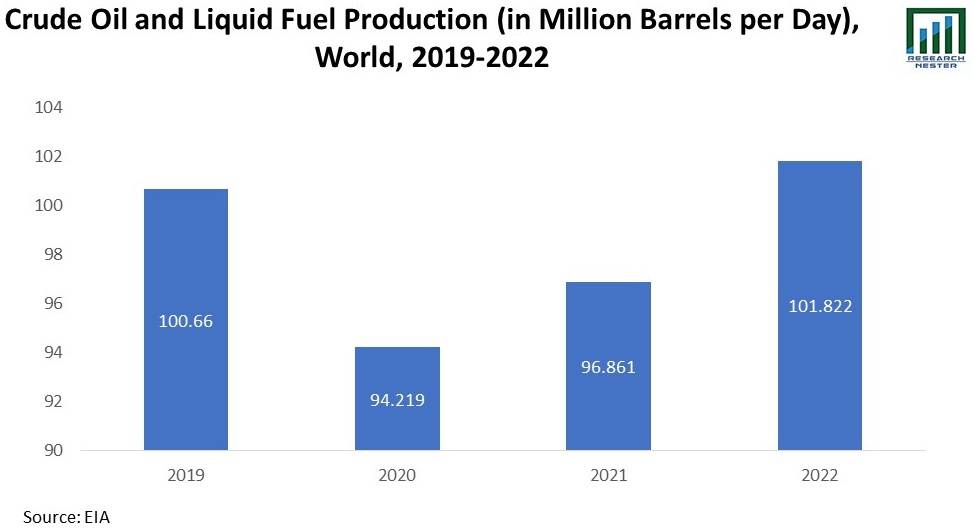 Further, growing adoption of guar gum in the pharmaceutical industry as a natural polymer, along with the rising popularity of convenience food products, such as soups, bread, and others, where guar gum is used a natural hydrocolloid, are some of the additional factors anticipated to drive the market growth.

1) What are the major factors driving the growth of the guar gum market?

Ans: The growing demand for guar gum from the oil & gas industry, along with the increasing adoption of guar gum in the pharmaceutical industry are some of the major factors anticipated to drive the market growth.

2) What would be the CAGR of guar gum market over the forecast period?

3) What are the challenges affecting the guar gum market growth?

Ans: The concern for the price volatility of the raw materials is one of the major factors estimated to hamper the market growth.

4) Which region will provide more business opportunities for growth of guar gum market in future?

Ans: The market in the Asia Pacific is projected to display significant business opportunities in the future.

5) Who are the major players dominating the guar gum market?

7) What are the segments in the guar gum market?

Ans: The market is segmented by grade, application, end user, and by region.

8) Which segment captures the largest market size in grade segment in the guar gum market?

Ans: The industrial segment is anticipated to hold largest market over the forecast period and touch USD 605.3 Million by the end of 2028.