The global greenhouse film market is estimated to garner a revenue of ~USD 14 billion by the end of 2031 by growing at a CAGR of ~9% over the forecast period, i.e., 2021 – 2031. Further, the market generated a revenue of ~USD 7 billion in the year 2022. The primary growth factor for the expansion of the greenhouse film market size is the increase in the area designated for greenhouse crop cultivation. As per a recent report published, the greenhouse vegetable cultivation area was calculated to be around 500,000 hectares, or 12,390,000 acres, across the world in 2019. 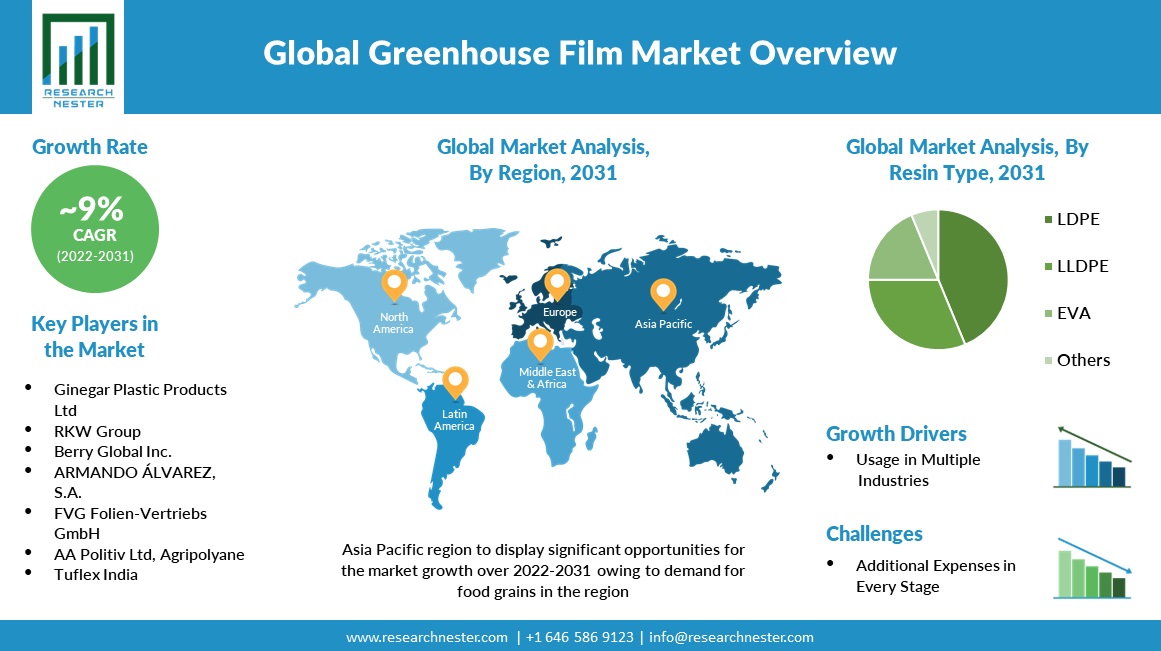 A greenhouse is a controlled, sheltered building that provides a shield for tropical plants to grow unhindered. Inside the greenhouses, greenhouse films are used as a plastic covering for sheltering the plants, providing a specific microclimate and protection from the outside weather. Thus, in recent times, there has been an increased preference for greenhouse cultivation across the globe. The rising number of farmers is projected to be a driving factor for the growth of the greenhouse film market. As of 2021, it was estimated that there were around 150 million farmers in India.

The greenhouse film market is segmented and analyzed for demand and supply by application into manufacturing, construction, mining, oil and gas, and others. Out of this, the oil and gas segment is anticipated to garner the highest revenue by 2031, owing to the growth in the oil and gas industry. The oil & gas industry is considered to be one of the largest sectors in the world in terms of revenue. Revenue generation is expected to reach USD 5 trillion by 2022. 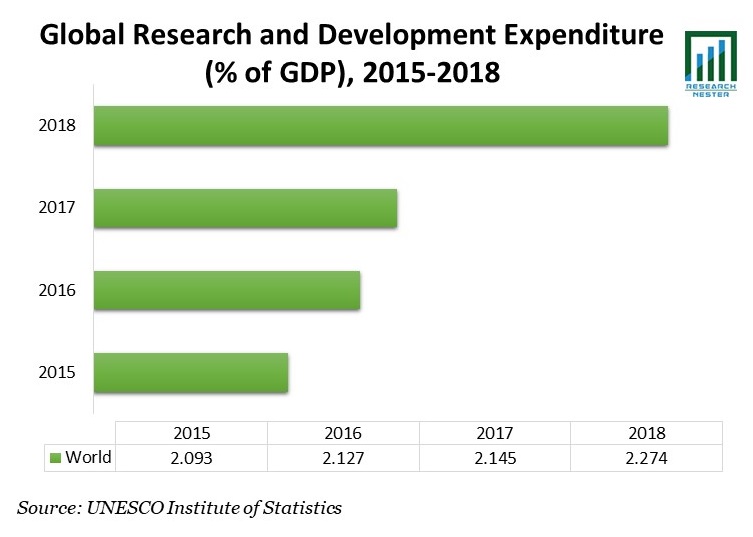 Regionally, the global greenhouse film market is studied into five major regions including North America, Europe, Asia Pacific, Latin America and Middle East & Africa region. Amongst these, the market in Asia Pacific is projected to hold the largest market share by the end of 2031. The primary growth factor for the increased sales of greenhouse films market is the high employment in the agricultural sector in the region. As per a recent study, in India, the total employment in agriculture has gone up from 36% in 2017-18 to 37% in 2018-19 and then to 38% in 2019-20. The large agricultural land in the region is another growth factor that is estimated to bolster the market growth. According to the World Bank, East Asia and the Pacific had 47.7% of the agricultural land in 2018. 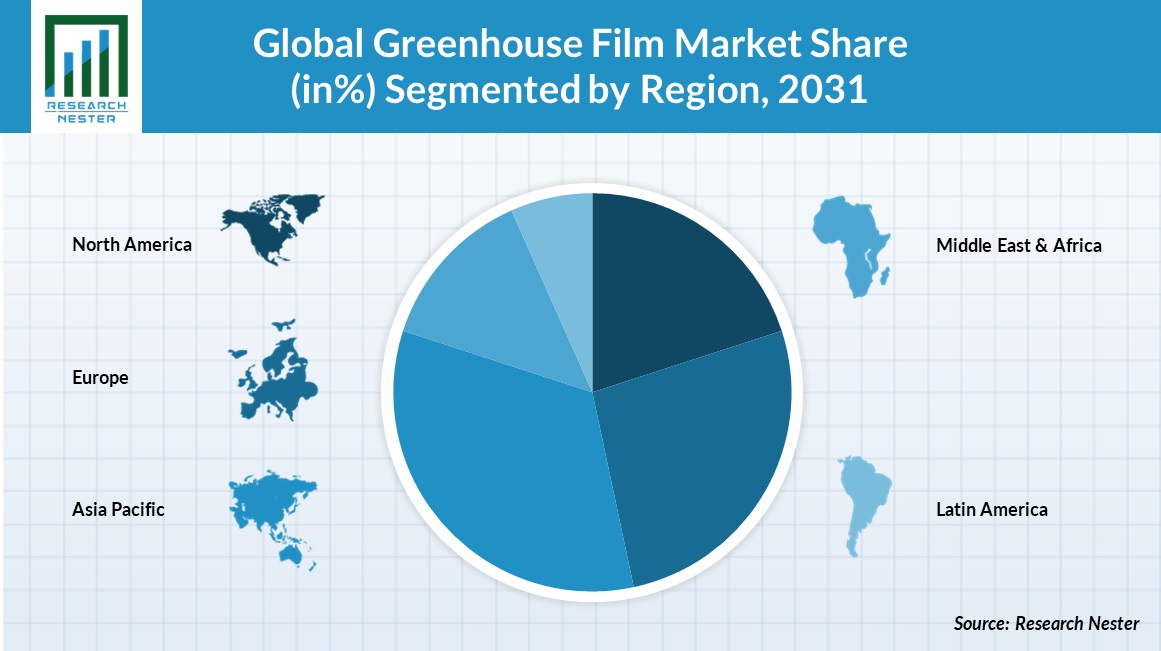 The global greenhouse film market is further classified on the basis of region as follows:

Our in-depth analysis of the global greenhouse films market includes the following segments:

What are the major factors driving the growth of the greenhouse film market?

The expansion of agriculture industry along with the increased preference for greenhouse cultivated crops and growth in food production are some of the factors that are expected to propel the market growth.

What would be the CAGR of greenhouse film market over the forecast period?

What are the challenges affecting the greenhouse film market growth?

The high cost of installation coupled with additional investments during the process and the increased labor costs are some of the factors that are expected to hamper the market growth.

Which region will provide more business opportunities for growth of greenhouse film market in future?

Who are the major players dominating the greenhouse film market?

What are the segments in the greenhouse film market?

The market is segmented by resin type, thickness, width type, functionality, application, and by region.

Which segment captures the largest market size in application in the greenhouse film market?

The oil and gas segment is anticipated to garner the largest market size by the end of 2031 and display significant growth opportunities.