Cyber Security is referred to the information technology security which includes extensive set of technologies, processes and practices aimed at protecting the network, devices, programs and data from cyber-attacks, data damage and unauthorized access. The technology is important for protecting the unprecedented amount of sensitive information stored by various end user verticals, for instance, government, military, corporates, financials and medical organizations among others, and might get exposed by unauthorized access and further could have negative consequences. 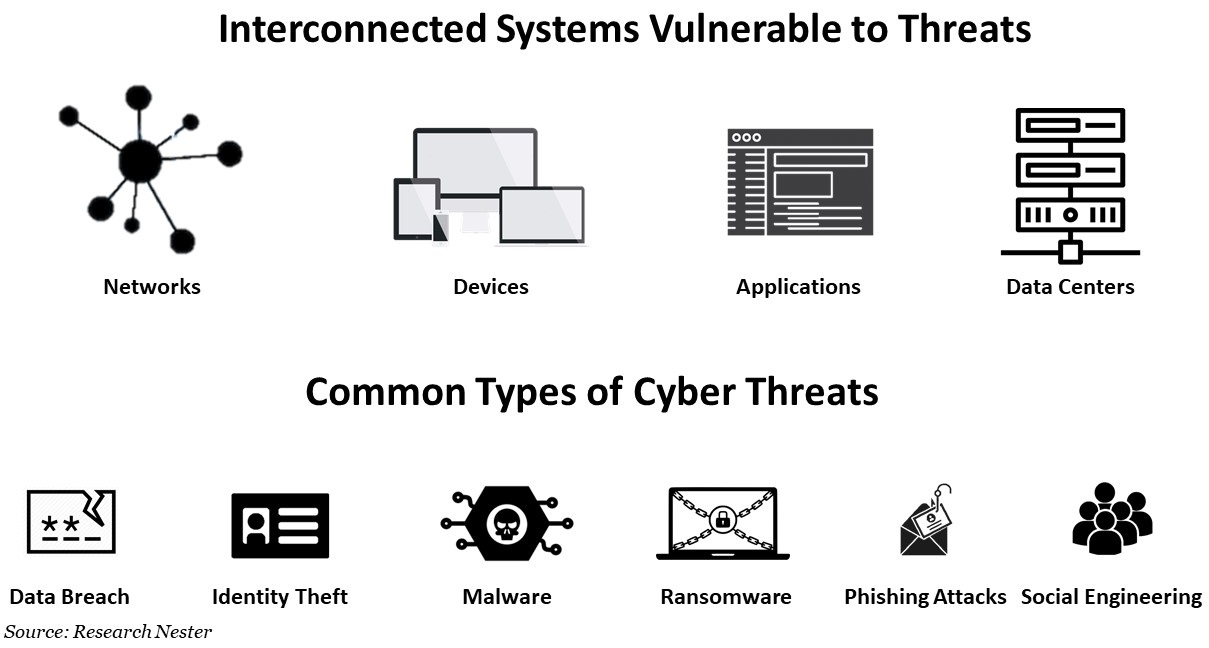 The global cyber security market is thriving on the back of growing incidences of cyber threats worldwide and increased focus on cyber security. For instance, a significant cyber incident recorded by the Centre For strategic & International Studies (CSIS) stated that in the month of September 2019, Huawei accused the U.S. government of hacking into its intranet and internal information systems so as to disrupt its business operations. Another incident recorded in the month of August 2019 by the CSIS stated that North Korean hackers conducted a phishing campaign against foreign affairs officials in three countries who focused on the study of North Korea nuclear efforts and related international sanctions. Rising concerns for such cyber threats around the globe is raising the demand for shifting focus towards protection from prevention among the IT network. Moreover, the market is anticipated to grow on the back of growing financial and other economic losses experienced by enterprises occurring from the rising number of data breaches and hacking activities. CLICK TO DOWNLOAD SAMPLE REPORT 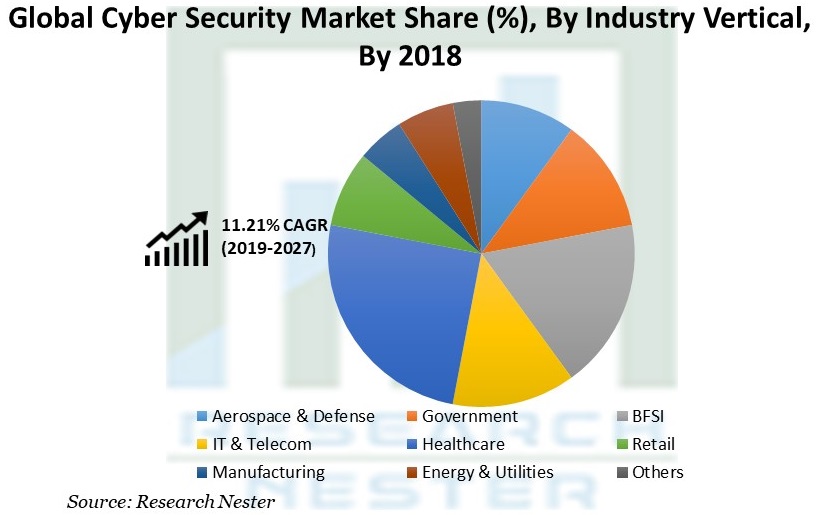 Rise in the Adoption of Artificial Intelligence, IoT and Other Technological Platforms

In the recent era, where technological advancements is growing at a rapid pace, concerns for the increasing cyber security incidences is also growing amongst the citizens, corporates and in both public and private sectors. According to Federal Trade Commission, identity theft complaints registered in the US increased from 398952 cases in the year 2016 to 444602 cases in the year 2018. Moreover, fraud complaints registered in the year 2016 was recorded to 1,226,402 cases which increased to 1,427,563 cases in the year 2018 Increasing adoption of technological platforms, for instance, cloud-computing in healthcare industry, artificial intelligence in healthcare, artificial intelligence in food and beverages, and others, coupled with the rising adoption of IoT and the increasing IoT devices, all of these factors are encouraging the adoption of cybersecurity solutions in a connected network ecosystem. 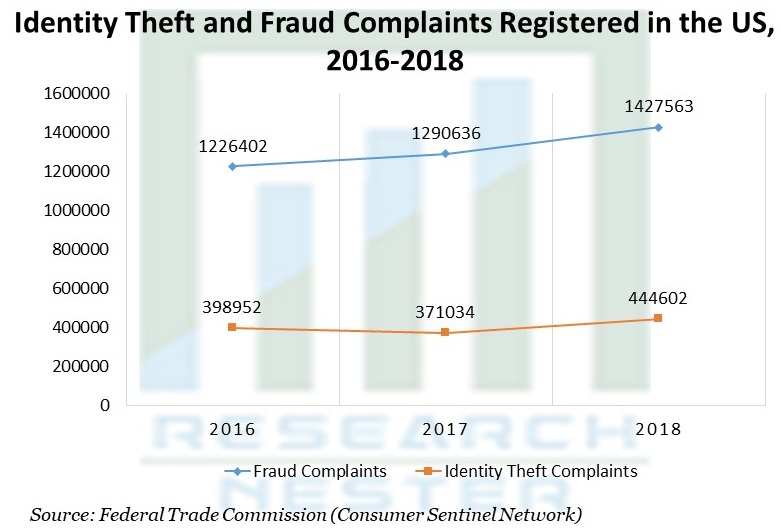 Increasing Investments By The Governments In Cybersecurity Solutions

With the concern for increasing cyber security incidences, the discipline has drawn the attention of many governments and businesses around the globe to invest in cyber security solutions. Various nations worldwide are transforming into the digital platform, which is further raising the interests for greater reliability on data security of the citizens of the nation. Owing to such a factor, governments of various nations around the globe are investing heavily on cybersecurity insurance so as to protect from the raising cyber threats. 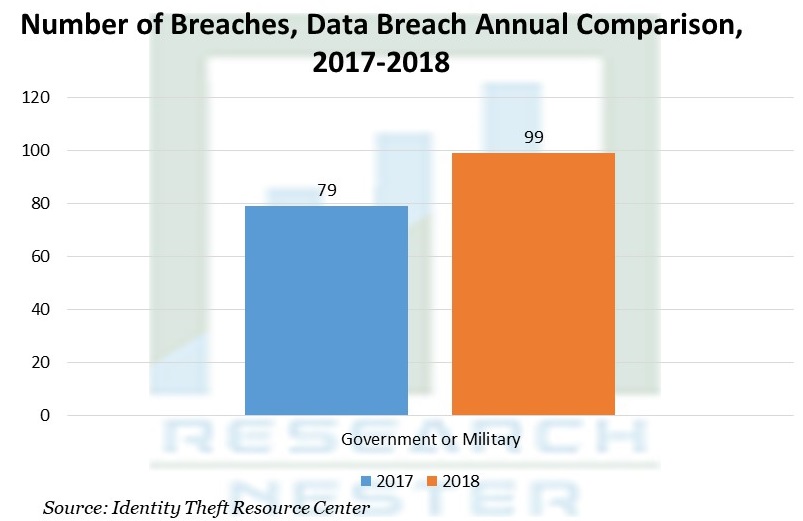 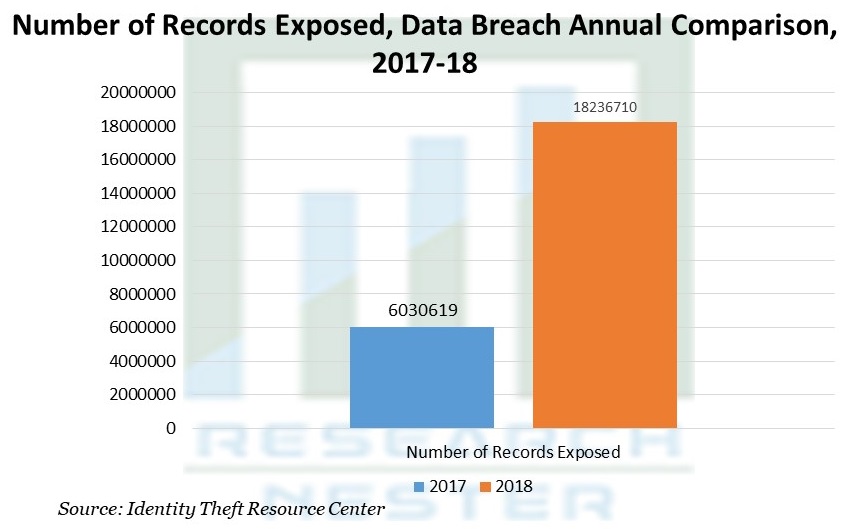 Technological development comes with a cost. Owing to such a factor, many organizations are unavailable to afford the security upgrade technically and are yet dependent on traditional authentication methods. Enterprises repetitively are utilizing the username and logging in password systems where security professionals recommend identity-management solutions, such as, facial recognition and biometric identification. The high reliance of enterprises on traditional authentication methods is anticipated to act as a key restraint to the growth of the global cyber security market during the forecast period.

Our in-depth analysis of the global cyber security market includes the following segments:

Asia Pacific is expected to hold largest market share on the back of strong presence of several market incumbents in the region, coupled with rising security threats. According to a publication of National Police Agency, Japan, number of unexpected connection attempts to the sensors in Japan increased from 491.6 count/IP address/day in the year 2014 to 2752.8 count/IP address/day in the year 2018. According to CERT India, number of security incidents handled by the team grew by 3.93x times and increased from 53,081 incidences in the year 2017 to 2,08,456 incidences in the year 2018. 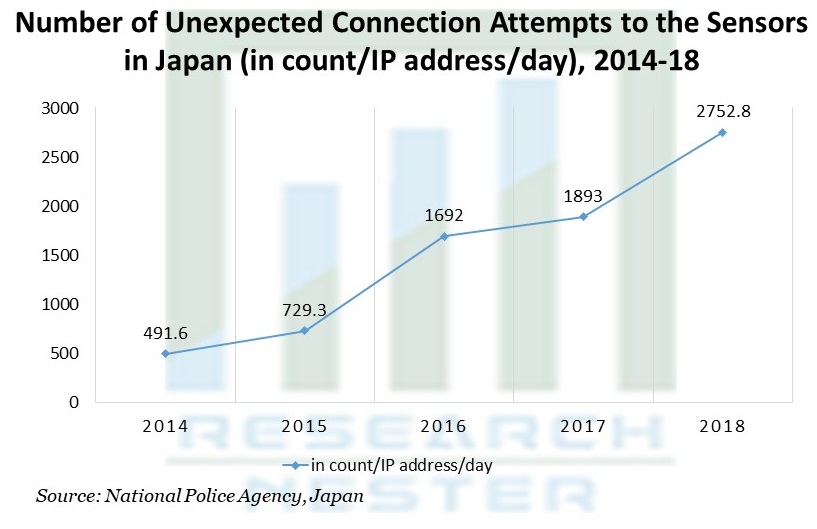 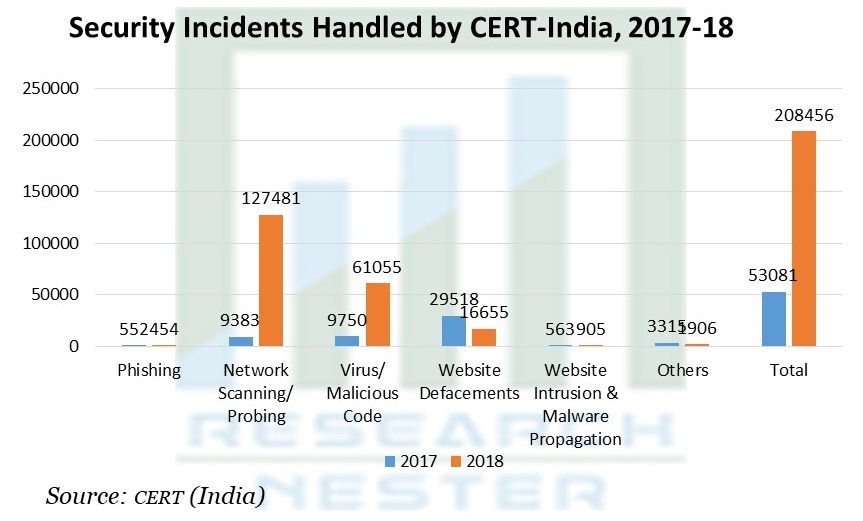 The global cyber security market is further classified on the basis of region as follows: