Crowd management has been a practice that has been taking place for various decades and today there are various solutions offered to deal with the crowds that may gather for various events and occasions in order to protect and shield human lives from any form of untoward incidents. In today’s fast changing world, public participation in various events have become a common sight and it has become necessary to understand the dynamics and complexities associated with managing various kinds of individuals belonging to various places who would be part of the crowd during various events. This requires proper planning and execution from those that are tasked with the responsibility of managing crowds at various important public places and other important places. 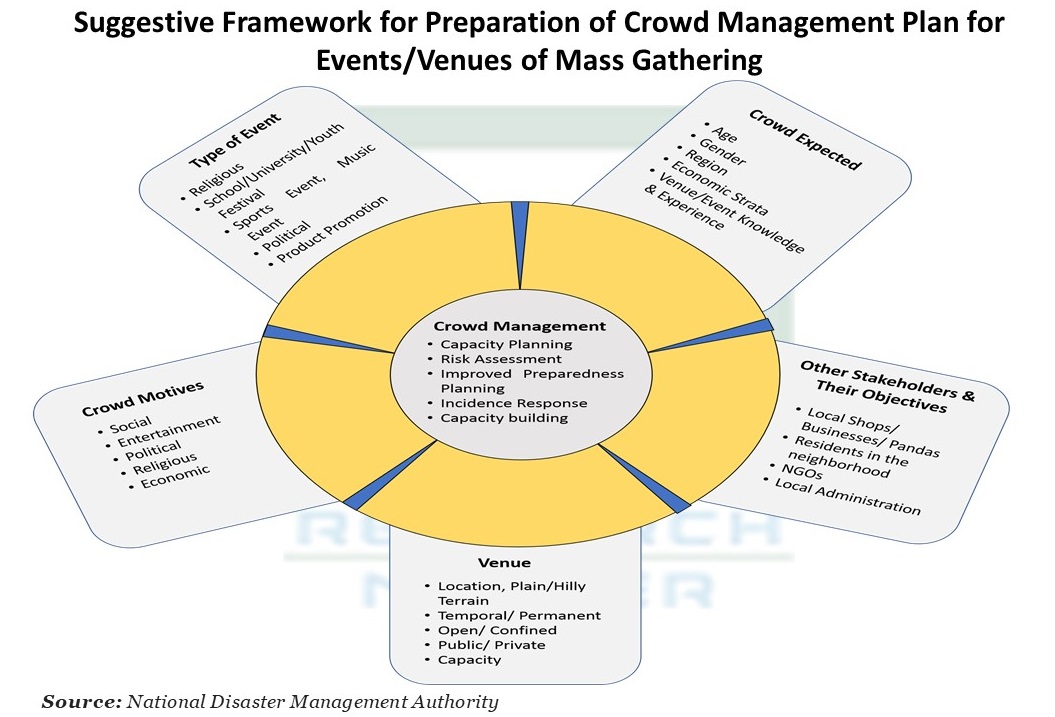 The global crowd management and event security market is predicted to witness noteworthy growth, owing to various factors such as rise in the world population and growing number of densely populated cities, as a result of shift observed in the global population living in the rural areas towards urban areas. Apart from that, there is an increase in demand for security services at various important places all over the world, due to the real and perceived threats of crime and terrorism faced by the population in various regions of the world. The United Nations has estimated that over half of the global population currently live in cities and this proportion is expected to rise to two thirds by 2050. Traditionally, the primary activities covered in the security management of events have been mostly associated with protecting persons who hold prominent position in societies who attend events and gatherings that require controlling of crowds during the happening of such events. Several incidents affecting human lives happening across the globe have turned the attention and focus on public safety which is driving the demand for a secure system for crowd management as well as events. The organizers along with the support of the local or national authorities and district administration generally conduct events in accordance with the plans chalked out by the concerned authorities to handle crowds during such events. Moreover, there is a necessity to have a disaster management plan in place by the organizers to conduct events in a seamless way which is estimated to drive the demand for security for various events conducted across the globe.

The crowd management and event security market is predicted to register a significant CAGR over the forecast period i.e. (2020-2028). The market is segmented by application, component and end user. Transportation forming part of end user segment is predicted to occupy the highest market share, owing to increasing number of individuals across the globe opting to travel by public transport that is considered to save costs for individuals and at the same time help individuals to reach the desired destination within a comparatively faster time period. The infrastructure must be strengthened to ensure that the crowd can be handled and monitored smoothly to ensure public safety and security which is anticipated to drive the demand for security systems across the globe over the forecast period. According to American Public Transportation Association (APTA), the number of individuals who have opted to travel by public transportation have increased by 21 percent in the United States which is higher than the 19 percent increase in growth rate in U.S. population. CLICK TO DOWNLOAD SAMPLE REPORT

The management of crowds in large numbers can be a very complex and a costly exercise. The occurrence of various disasters such as stampedes and other events concerning public security have led to various precautions and measures required to be taken while addressing mass gatherings and events. The National Crime Record Bureau had released figures related to loss of lives arising out of overcrowding mishaps such as stampedes during the period 2000 to 2013 to be almost 2000 people. The use of modern technologies such as wireless technologies and RFID tags can help to minimize the various problems faced in the handling of large crowded events. Special tactical drones that is equipped with facial recognition capabilities were deployed by the authorities for the 2018 Winter Olympics held at South Korea in order to help in immediate identification and prevention of occurrence of any eventualities. 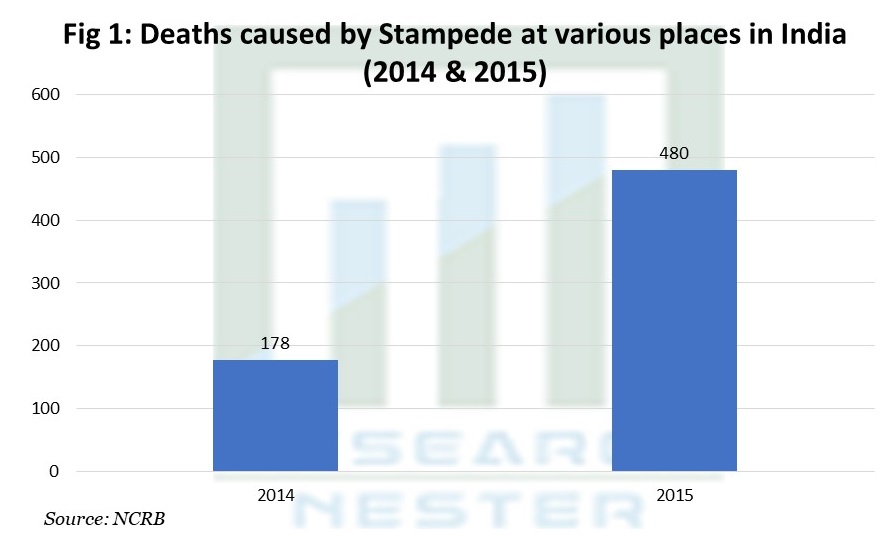 The number of events being conducted across the globe have been rising over the past decade, owing to rapid economic progress and rising disposable incomes of the population observed across the globe. This has encouraged individuals to spend more towards various activities such as participation in various events, being both public and private that are being conducted in different sectors across the globe. The governments and law-enforcing agencies that have been closely monitoring the growing participation of the global population for various events spanning across different fields of interest are tightening the security in all places in order to prevent any incidents that can cause damage to property and public life. Additionally, growing demand among individuals across various regions of the world for investment in technologically advanced security systems for various events, especially mass events is anticipated to drive the growth of the market over the forecast period. 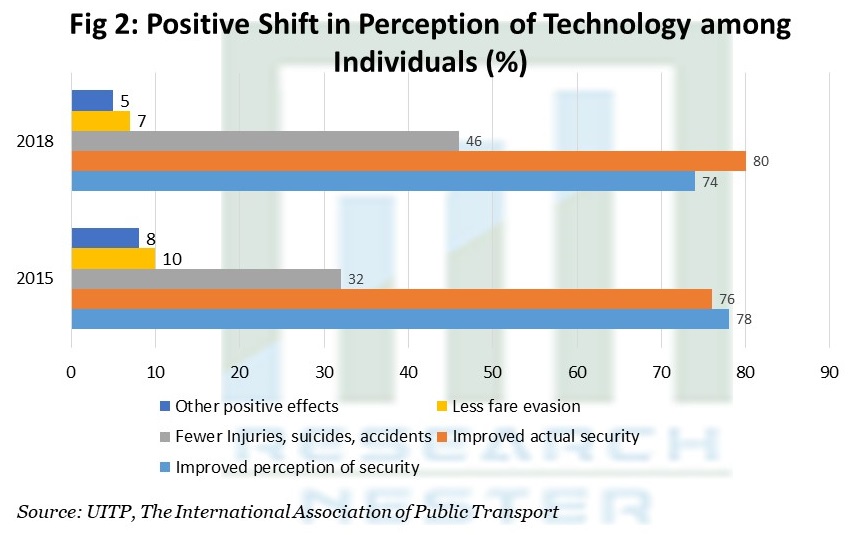 There has been a steady increase in the number of smartphone users across the globe, with economic growth improving across various regions of the world. The standard of living as well as disposable incomes have been rising over the past decade. The technology that smartphone has brought to the world has helped users to obtain various benefits such as real-time information that include location-based services and many more services. The presence of various sensors, Bluetooth, RFID tracking allow the usage of devices for multiple purposes. According to a report released in 2018 by GSMA, The number of IoT connections is predicted to increase more than three fold worldwide reaching 25 billion by 2025. All these factors are anticipated to drive the growth of the market over the forecast period. 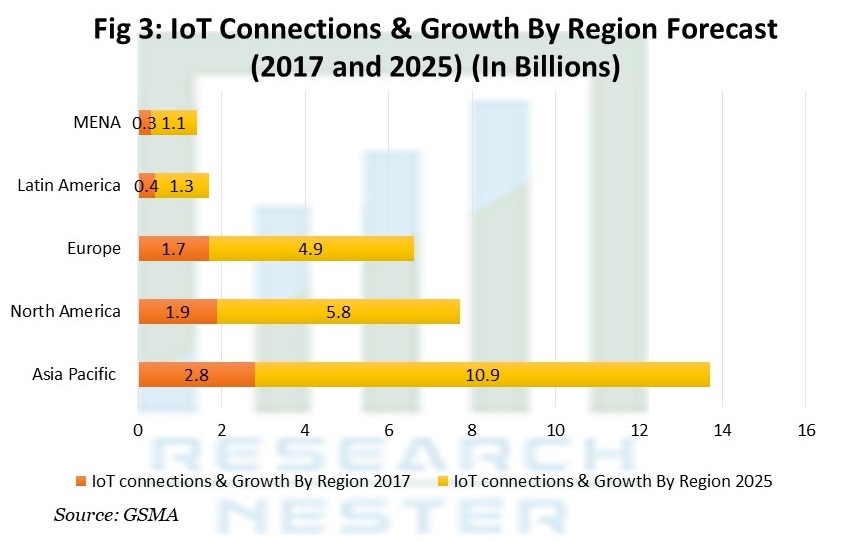 The crowd management and event security market is subject to various challenges such as the ability to communicate and share information with the other stakeholders without any network disturbances. As the number of entities involved are several including the law enforcement agencies, it requires communication to happen smoothly at all the places of the venue, including outside the venue and across the entire city. As different technologies may be used by each of these groups, this could lead to various limitations faced while communicating with each other. All these factors are anticipated to operate as major restraints to the growth of the market over the forecast period.

On the basis of regional analysis, the global crowd management and event security market is segmented into five major regions including North America, Europe, Asia Pacific, Latin America and Middle East & Africa region. The market in North America is anticipated to register the leading market share, owing to higher adoption of technology and huge spending incurred on ICT infrastructure. The market in Asia Pacific is estimated to register a significant growth, owing to the increased expenditure incurred towards various events by the population in developing nations such as China and India. Countries such as India have seen various mass events arranged over the last decade that includes religious events such as the Kumbh Mela which was conducted in early 2019, where huge crowd gatherings have been a common sight. Further, public places such as railway stations and airports in major cities of India are filled with packed crowds that become uncontrollable during peak hours. This has driven various states to lay down stringent rules for entry and tighten security systems to prevent any form of incidents affecting human lives and property, which includes adoption of modern technology such as CCTV cameras to monitor the movements of individuals visiting these events. These factors are anticipated to drive the growth of the market in the region over the forecast period.

The global crowd management and event security market is further classified on the basis of region as follows: