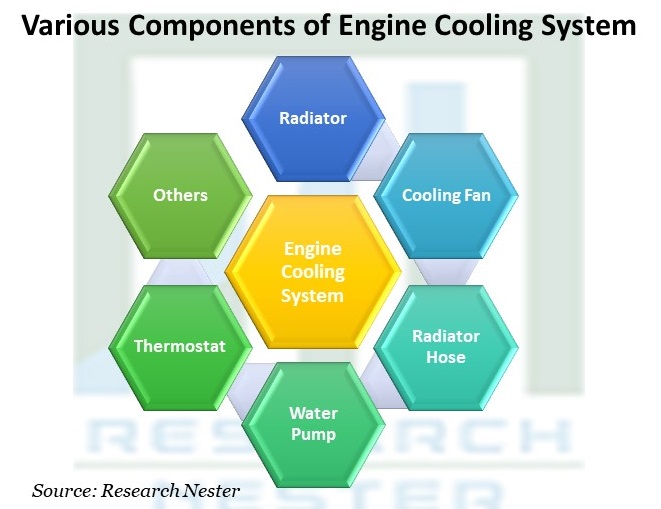 The growth of the global automotive engine cooling system market is thriving on the back of increasing automotive production, which impacts the OEM sales of the components, coupled with the rise in global vehicle population on the road, which drives the aftermarket sales of the engine cooling system components. According to The Organisation Internationale des Constructeurs d’Automobiles (OICA), total production of automobiles during the year 2018 was around 95.6 million units. Additionally, production of passenger vehicles for the same year constituted to around 74% share of the total automotive production. CLICK TO DOWNLOAD SAMPLE REPORT 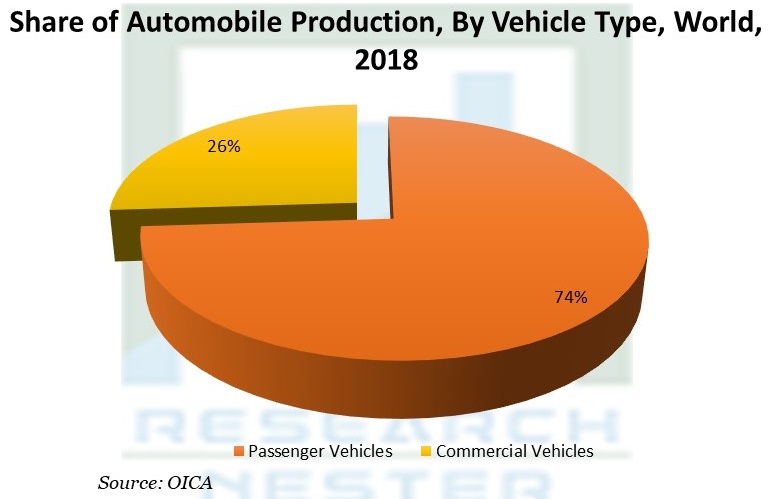 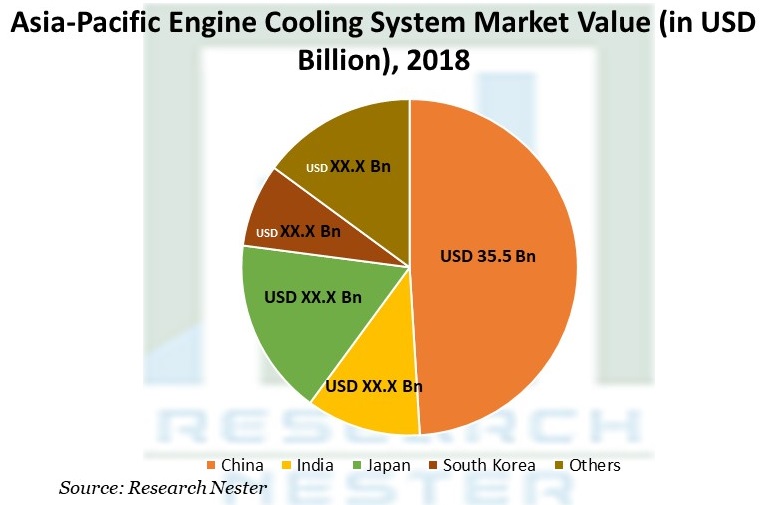 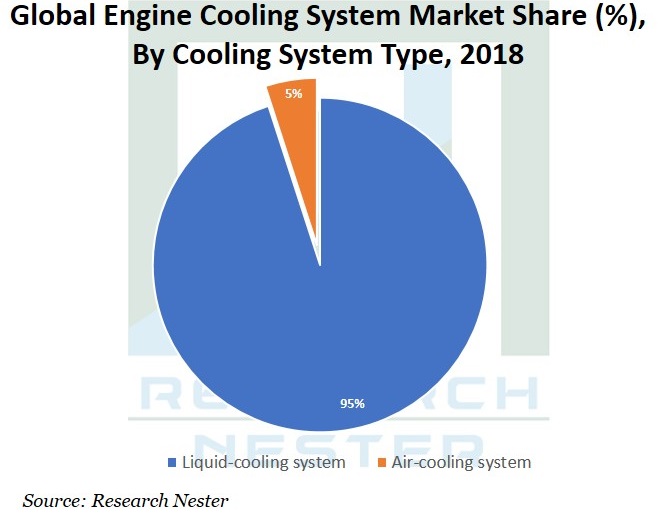 The passenger vehicles segment captured around 64% of the total market share in the global automotive engine cooling system market in 2018 and is expected to reach a market valuation of USD 142.9 billion by 2027. Rising per capita income of middle income groups is anticipated to surge the demand for passenger vehicles segment during the forecast period, thereby postulating the growth in complimentary industries, such as the engine cooling system. In addition, LCV segment is anticipated to record a CAGR of 4.1% over the forecast period.

Increasing sales of vehicles around the globe, coupled with the rising population of vehicles on-road, and the need for repair and maintenance of engine parts, all of these factors are believed to aid the global engine system market. Rising demand for repair and maintenance of engine cooling parts of existing old vehicles on-road, is primarily adding up the aftermarket sales of global engine cooling system market. Moreover, continuous advancements in development of cooling systems for engine, and the need for high efficient engines, added with the growing need for high power engines amongst consumers, all of these factors are also anticipated to promote growth of the global engine cooling system market during the forecast period.

Rise in the total fleet of electric car, and the initiatives promoted by government of various economies to raise the production of electric vehicles, coupled with surge in the production of electric vehicles, all of these factors lowers the requirement of engine cooling components, which is anticipated to limit the growth of the global engine cooling system market around the globe. According to International Energy Agency, global electric car fleet exceeded 5.1 million in the year 2018, which was up by 2 million from 2017.

Besides this, automobile manufacturing companies are also making various efforts to expand their business of engine cooling system to meet increased demands. In various nations across the globe, micro, small and medium enterprises are concentrated to produce the engine cooling system, especially to meet the demand for customization of vehicles, and are fulfilling the demand of the automotive industries in their domestic market, and are also exporting across the globe.