Alexa is the virtual assistant developed by Amazon. Initially developed for its computing devices, viz. Amazon Echo and Echo Dot specifically, Alexa found its increasing utilization in wide range of devices. All those devices that supports Amazon’s virtual assistant ‘Alexa’, are referred to as Alexa enabled devices. 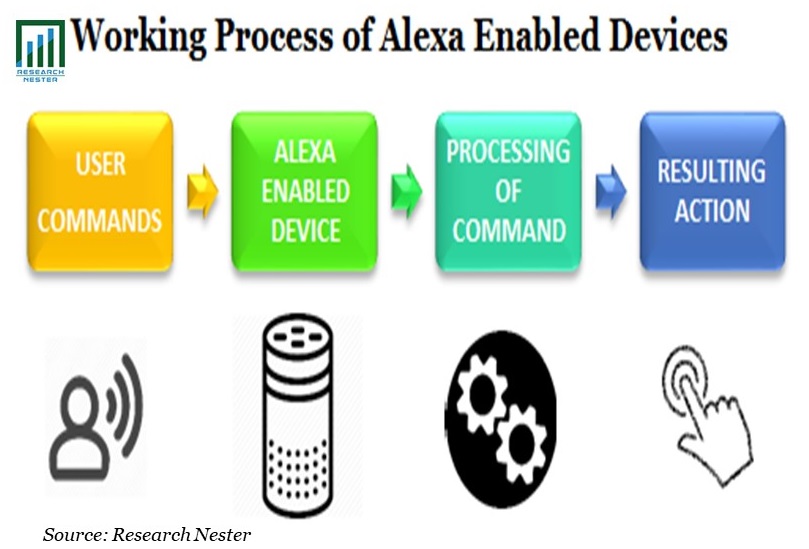 The Alexa enabled devices market is observing vibrant growth on account of growing interests amongst consumers for IOT devices, shifting trends for smart home solutions, and the capability of these devices to make life processes easier for the consumers with a voice controlled command. Additionally, growing acceptance of Alexa Echo devices amongst consumers is raising the demand amidst consumer electronics manufacturers to devise their equipment with Alexa Voice Service (AVS), helping them raise their sales of their electronic products. According to the annual report of Amazon, customers have purchased more than 100 million Alexa-enabled devices since its debut with Echo in the year 2014. CLICK TO DOWNLOAD SAMPLE REPORT 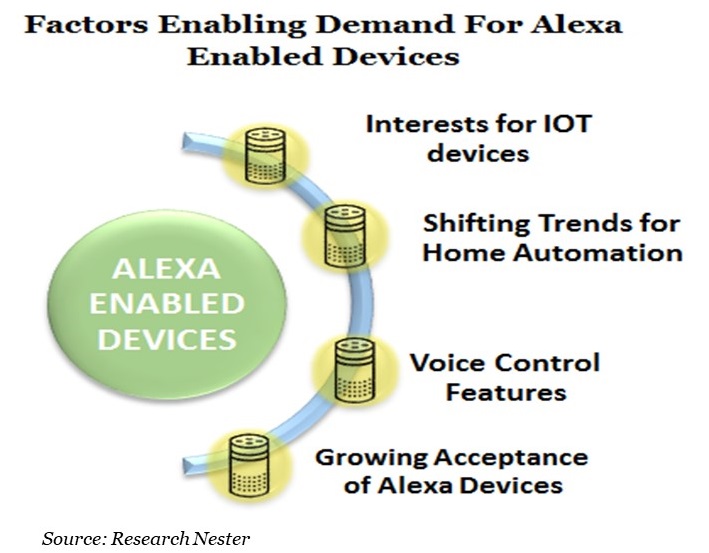 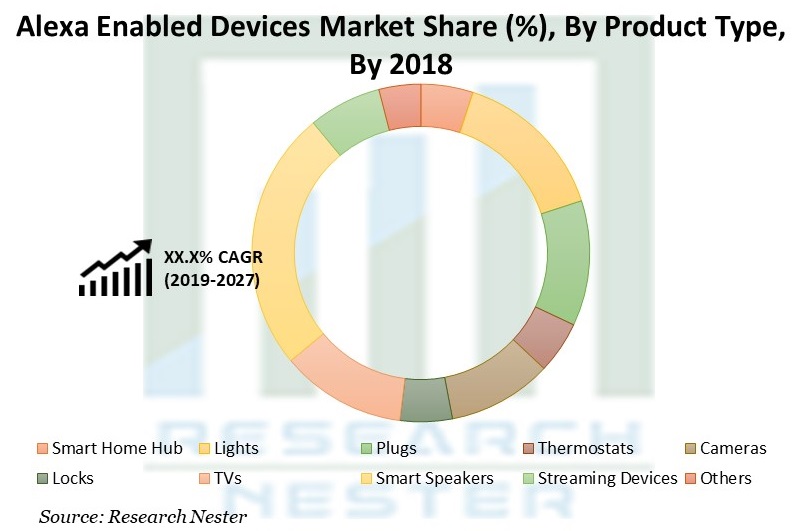 The Alexa enabled devices market is further segmented by distribution channel into online and offline, out of which, online segment is anticipated to hold largest market share on account of increasing expansion of E-commerce industry, coupled with exciting offers & schemes provided by e-tailers. According to Indian Brand Equity Foundation, e-commerce industry in India is estimated to grow to 200 billion USD by 2026 from 38.5 billion USD in the year 2017. 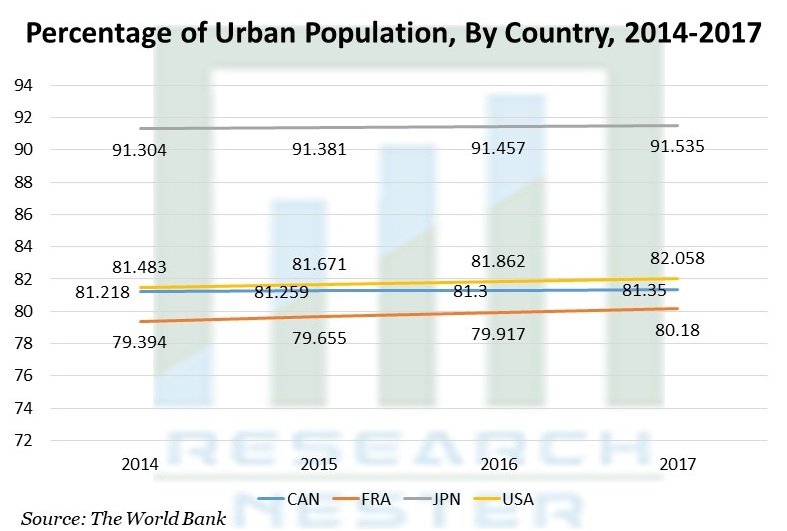 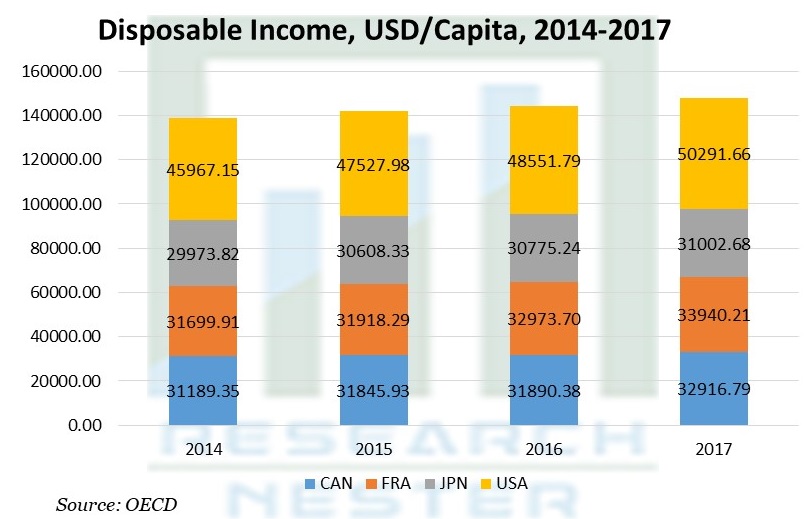 The growing urban population and the rising disposable income is raising the demand amongst consumers to shift their trends towards lavish lifestyles. Alexa enabled devices helps customers to control their devices with the help of a single voice command. Owing to factors, such as ease of use, and others, manufacturers from the consumer electronics industry are increasing their focus towards the development of products, by implementing AVS in the products.

According to the statistics by the International Telecommunication Union (ITU), percentage of households with internet access around the world grew from 41.95 in 2013 to 54.40 in 2017. 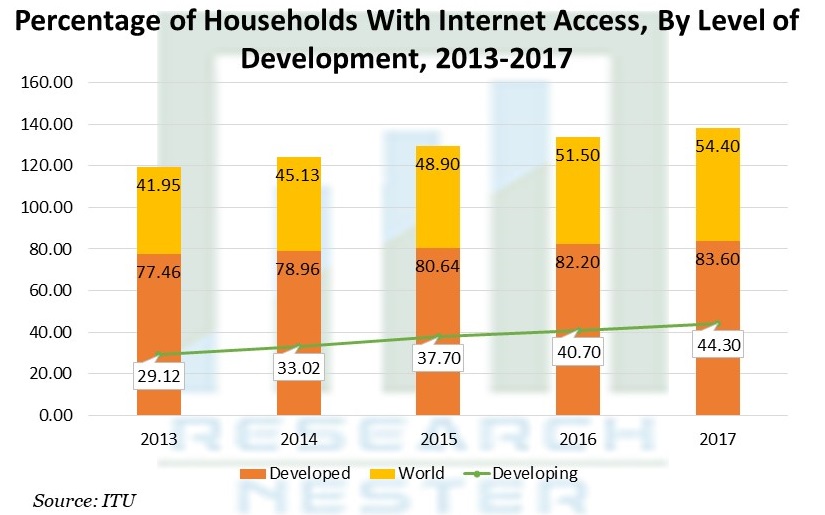 Growing internet penetration around the globe and the advancements in technology, is raising the demand for IOT devices, which in turn is helping manufacturers to shift their focus towards manufacturing of IOT devices. Additionally, consumer electronics manufacturers are also taking the advantage of combining Artificial Intelligence (AI) with IOT devices, so as to increase their sales. All of these factors are anticipated to support the growth of the global Alexa enabled devices market throughout the forecast period.

There is a skeptical attitude amongst consumers about Alexa enabled devices pertaining to their purpose of utilization. Although, these devices are developed for their certain utilization, consumers doubt about how much they will be using the voice command to run these devices, which is anticipated to act as a barrier to the growth of the global Alexa enabled devices market.

Our in-depth analysis of the Alexa enabled devices market includes the following segments:

North America is expected to hold significant market share on the back of growing demand amongst population for technically advanced consumer electronics goods, coupled with rising household disposable income amongst the population. Additionally, demand for home automation systems in the region is also anticipated to raise the demand for Alexa enabled devices during the forecast period.

The Alexa enabled devices market is further classified on the basis of region as follows: