Gene therapy is the process of delivering certain fragments of DNA or genes into the cells of the patients in order to prevent or treat a disease and eliminate the need for drugs and surgeries. This method involves the addition or replacement of dysfunctional genes through the insertion of functional genes in the cells. The genes are usually carried to the target cells with the help of a virus. This therapy can be used for the treatment of various disorders including cancer, blood disorders, cardiovascular and neurological disorders and several others. The gene therapy market is projected to witness a CAGR of about 18.07% over the forecast period, i.e., 2019-2027. According to the World Bank, more than 2,300 clinical trials for gene therapy were carried out in 2017 which led to an increase in the potential applications of the therapy. 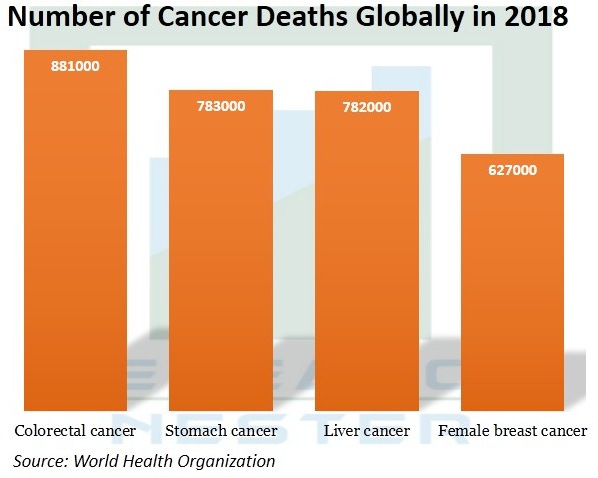 The global gene therapy market is segmented by regions into North America, Latin America, Europe, Asia-Pacific and Middle East and Africa. At the global level, the market is predicted to grow on the back of growing healthcare expenditure along with an increasing demand for improved treatment practices all over the world. As per the World Bank, the global current healthcare expenditure (% GDP) was estimated to rise from 9.453% in 2011 to 10.023% in 2016.

The gene therapy market in North America is estimated to observe a significantly high growth on account of rising incidences of diseases such as cardiovascular disease in the region which is driving the demand for effective prevention and treatment methods. In 2018, the American Heart Association reported that around 2,300 Americans die from cardiovascular disease every day. The market in the United States is anticipated to grow exponentially as a result of growing research and development activities in the region along with the expanding applications of gene therapy. Gene therapy market in Europe is estimated to expand substantially on account of growing healthcare expenditure in the region, mainly in countries such as Germany. This can be attributed to the increasing cases of disorders in the region which raises the demand for application of modern technologies in hospitals.  CLICK TO DOWNLOAD SAMPLE REPORT 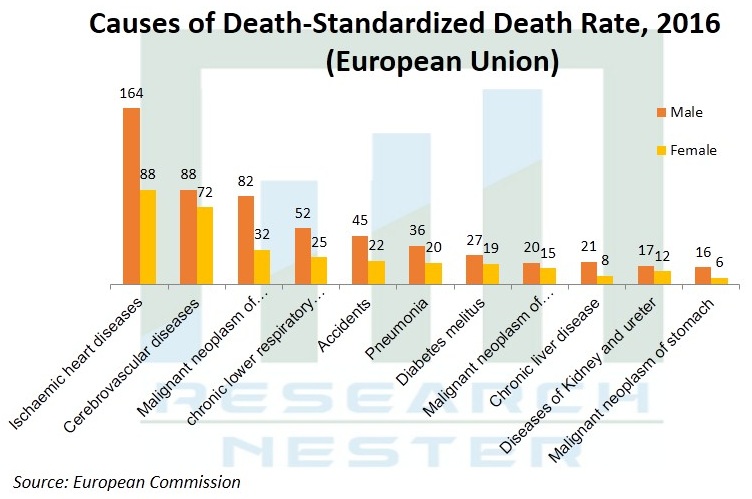 The increasing risk of disorders including cancer, diabetes and cardiovascular diseases (CVDs) is anticipated to drive the demand for gene therapy, thereby increasing the market growth during the forecast period. The World Health Organization estimates that Europe accounts for about 23.4% of the cancer cases that occur globally. Moreover, the cancer prevalence in the Americas was found to be 21% with 14.4% cancer deaths worldwide. Cancer incidence in Asia and Africa was about 48.4% and 5.8% respectively. The rising number of cancer patients in various regions across the globe as well as the rising research and development activities in order to develop advanced forms of gene therapy is anticipated to boost the market growth in the upcoming years. The growing geriatric population and increasing expenditure on healthcare further are additional factors estimated to drive the market growth further. 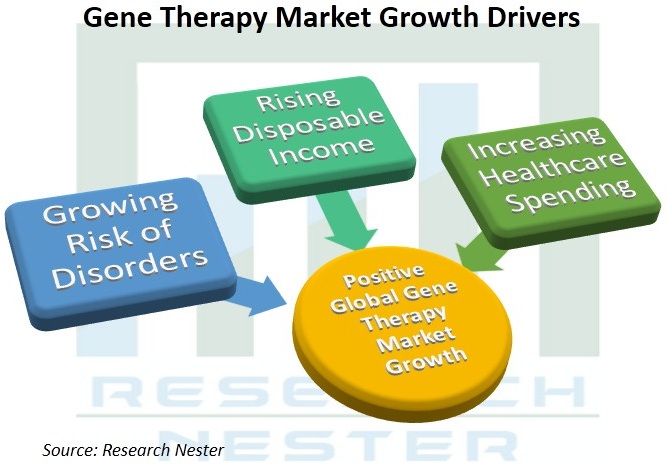 The high cost of treatments, especially for the people belonging to lower income groups in developing countries, is predicted to become a major growth restricting factor for the gene therapy market. Further, the therapy is still developing and has caused a few deaths of the patients during clinical trials in the past. This leads to a reduction in adoption of this therapy by patients, which is estimated to be another limiting factor for the market growth.