Growth Highlights based upon Regional Platform during 2016-2022 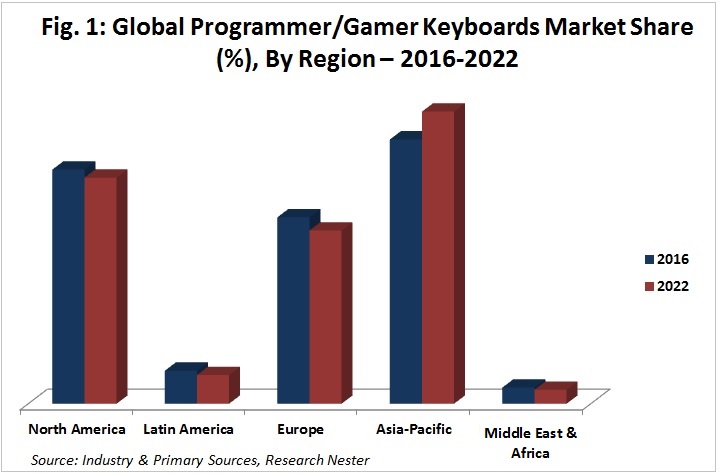 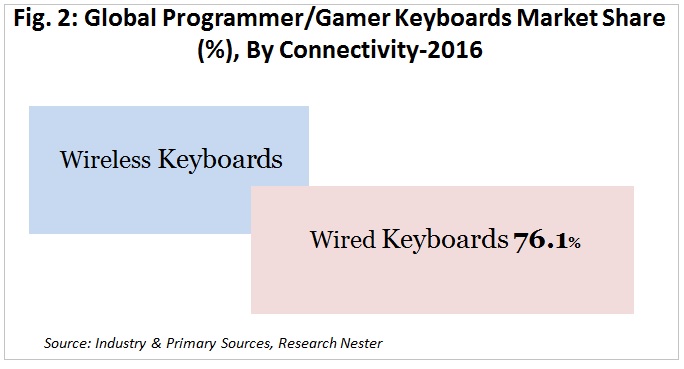 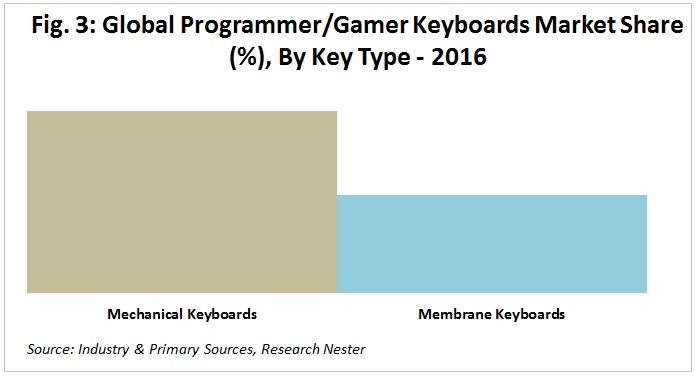 Growing population in urban cities is one of the key factors which are driving the growth of the gaming industry in developing countries. For instance, the urban population in developing countries such as India is expected to reach 41.8% of the world’s total population by 2030, characterized by high income individuals that are expected to fuel the demand for programmer/gamer keyboards over the forecast period. Moreover, growing gaming industry is anticipated to boost the demand for gaming keyboards to play games which is likely to spur the growth of the programmer/gamer keyboards market in upcoming years. Along with that, the rising trend of LAN gaming among the youth is expected to propel the demand for high accuracy electronic goods such as gaming keyboards over the forecast period.

Additionally, increasing adoption of PC games coupled with increasing number of programmers in developing nations such as India, China, and others is creating great demand for programmer/gamer keyboards which is further opening new opportunities for the programmers and gamers around the world.

There is a lack of awareness regarding the benefits of programmer/gamer keyboards such as high speed and better response among others. Further, high cost associated with gaming keyboards is a major challenge which is estimated to obstruct the growth of the global programmer/ gamer keyboards market in future.