The global fibrin sealants market is estimated to garner a revenue of 1780 million USD by the end of 2033 by growing at a CAGR of ~6% over the forecast period, i.e., 2023 – 2033. Further, the market is expected to generate a revenue of 834 million USD in the year 2023. The growth of the market is primarily attributed to the growing prevalence of several kind of surgeries, growing occurrence of blood disorders, and traumatic injuries across the globe. As per the figures provided by the World Health Organization (WHO), each year, 3.16 million individuals die as a consequence of unintentional injuries, while 1.25 million individuals die as a consequence of violence-related injuries on a worldwide level. 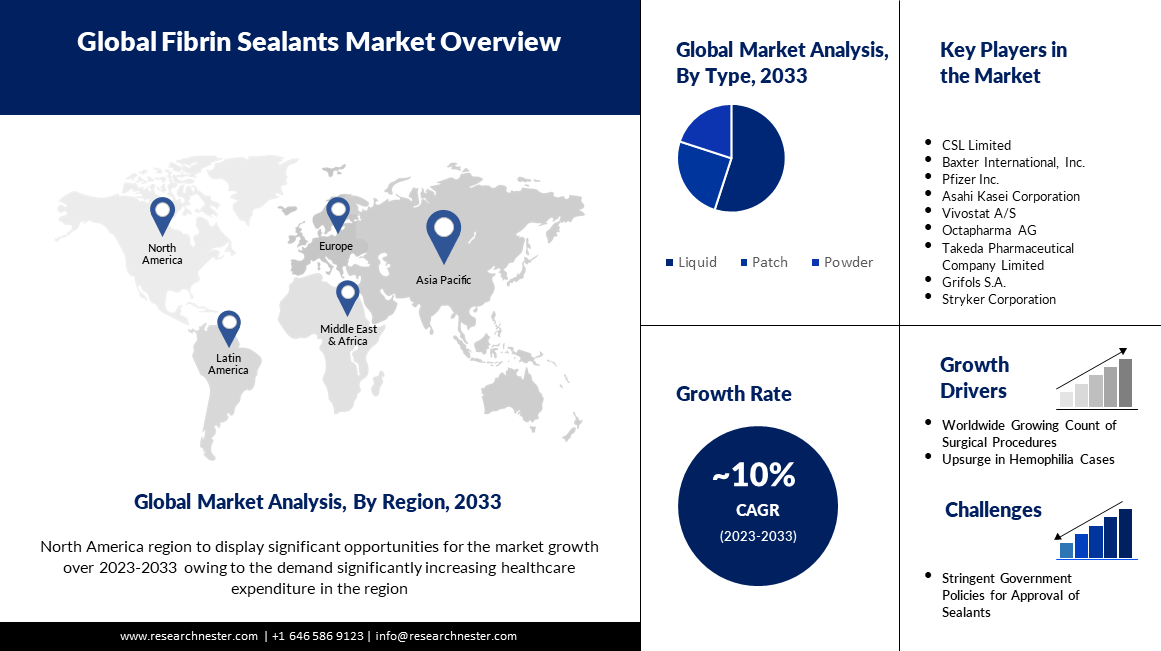 Fibrin sealants (FS) are protein-based medical adhesives that aid in wound closure and healing. Though the bovine and porcine sources are also available, fibrin sealants are generally extracted from human blood. The fibrin sealant molecule's adhesive characteristics allow it to quickly form a clot at the site of the incision, preventing bleeding and sealing it. Fibrin sealant has also been proven to speed up epithelial cell migration, which promote faster rates of tissue regeneration. For instance, in a clinical study it was observed that, the use of fibrin sealant in combination with photo-biomodulation therapy has shown promising outcomes in the repair of peripheral nerve injuries, as well as being efficient in the neurorrhaphy process and providing a higher quality of axonal regeneration to the interior of the distal stump.

The North America fibrin sealants market, amongst the market in all the other regions, is projected to hold the largest market share by the end of 2033. backed by the significantly increasing healthcare expenditure, growing occurrence of cardiovascular diseases, and growing count of surgical procedures in the region. According to a press release from the Centers for Medicare & Medicaid Services, health care expenditure in the United States is projected to expand by 5.1% between 2021 and 2030 and to reach around USD 6.8 trillion by 2030. 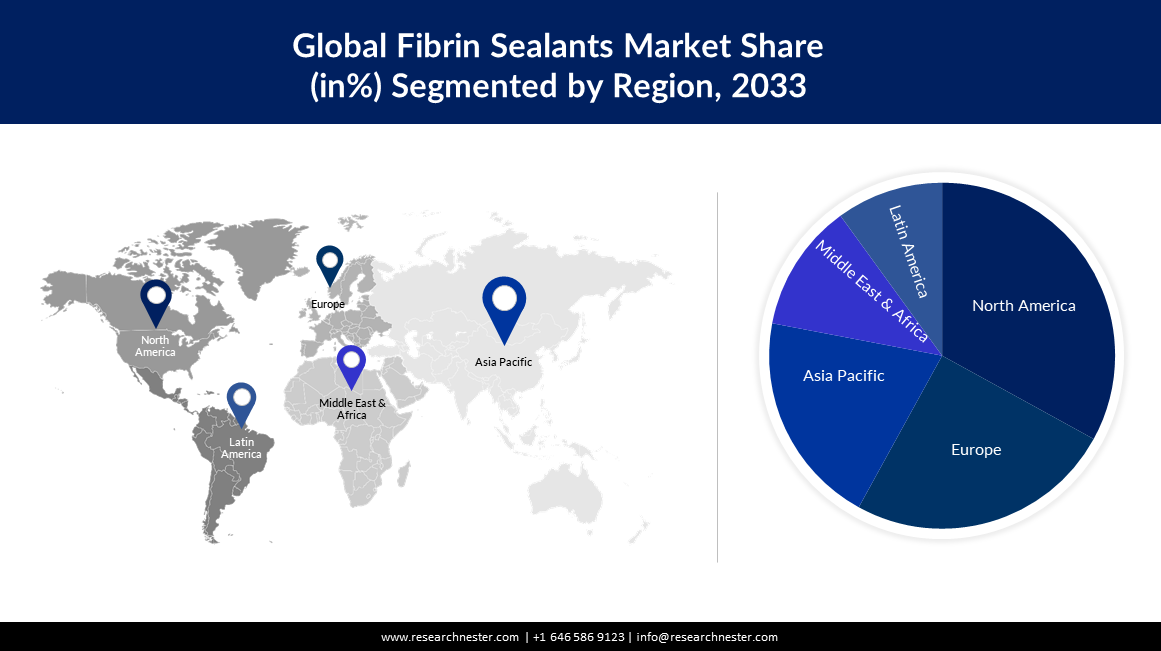 Our in-depth analysis of the global fibrin sealants market includes the following segments:

What are the major factors driving the growth of the fibrin sealants market?

Worldwide growing count of surgical procedures, upsurge in hemophilia cases, spiking numbers of orthopedic surgeries, and worldwide increase in geriatric population are some major factors driving the growth of the market.

What would be the CAGR of fibrin sealants market over the forecast period?

What are the challenges affecting the fibrin sealants market growth?

Associated limitations of fibrin sealants in minimally invasive surgeries, delay of surgeries as of COVID-19 restrictions, and stringent government policies for approval of sealants are estimated to hamper the market growth.

Which region will provide more business opportunities for growth of fibrin sealants market in future?

Who are the major players dominating the fibrin sealants market?

What are the segments in the fibrin sealants market?

The market is segmented by type, application, technology, end-user, and by region.

Which segment captures the largest market size in application segment in the fibrin sealants market?

The cardiovascular surgery segment is anticipated to garner the largest market size by the end of 2033 and display significant growth opportunities.