Extensive insights into the Growth of Heparin Market amidst COVID-19

The global heparin market is estimated to grow with a CAGR of 4.1% during the forecast period 2021-2030. The market is further expected to garner a revenue of USD 7938.6 Million by the end of 2030, up from a revenue of USD 5340 Million in 2020. The growth of the market can primarily be attributed to the growing utilization of heparin in its various forms for the treatment of venous thromboembolism/pulmonary embolism, atrial fibrillations with embolization, peripheral arterial embolism, dialysis, surgeries, and blood transfusions among others. Moreover, the rising prevalence of venous thromboembolism worldwide is also anticipated to drive the market growth during the forecast period. According to the statistics by the U.S. Centers for Disease Control and Prevention (CDC), it has been estimated that around 60,000-100,000 Americans die of deep vein thrombosis/pulmonary embolism (DVT/PE), also known as venous thromboembolism. The statistics also stated that within 10 years, 1/3rd of the people with DVT/PE would have a recurrence of the disease. The market is also anticipated to grow on account of the growing utilization of anticoagulants for the prevention and treatment of numerous types of thromboembolic disorders, such as atrial fibrillation (AFib or AF), backed by the growing cases of such disorders worldwide. In other statistics by the U.S. CDC 175326 deaths were caused due to AFib in the year 2018 in the United States. Moreover, it has also been estimated that 12.1 Million people will have the disorder by 2030. 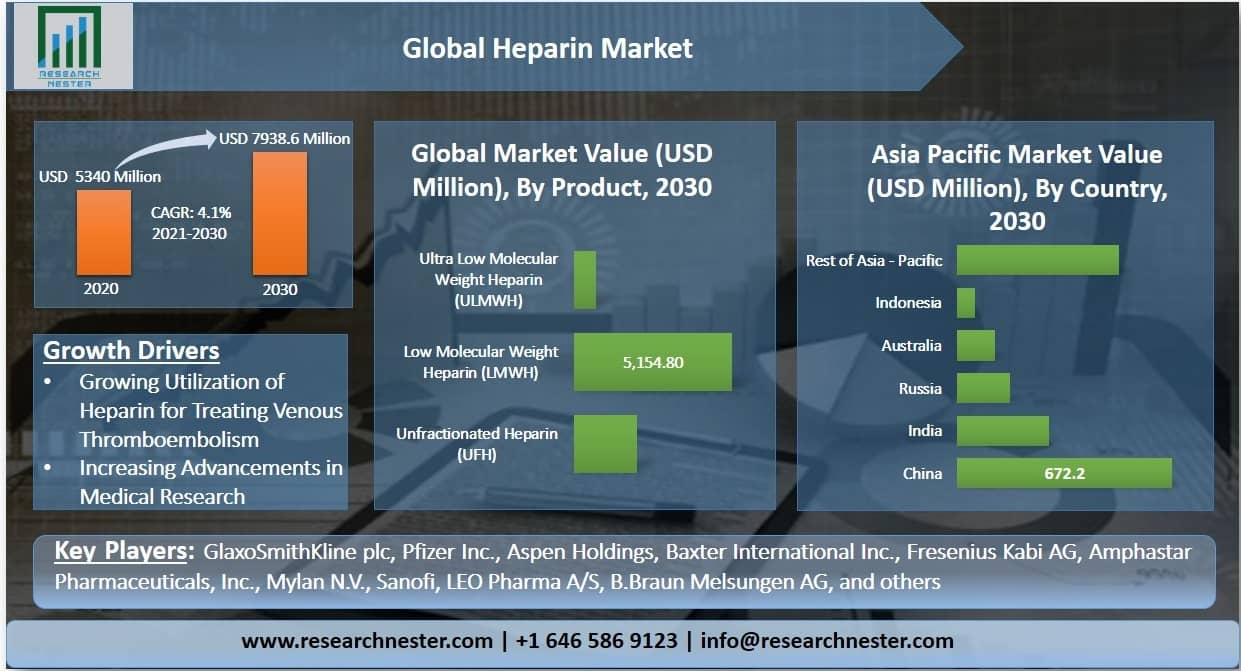 Regionally, the global heparin market is segmented into five major regions including North America, Europe, Asia Pacific, Latin America and Middle East & Africa region. The market in North America region is anticipated to hold the highest market share throughout the forecast period and further attain a revenue of USD 3270.7 Million by the end of 2030, up from a revenue of USD 2188.2 Million in 2020. The market in the region is also anticipated to grow with a CAGR of 4.1% during the forecast period. The growth of the market in the region can primarily be attributed to the presence of a strong healthcare network in the region, followed by the increasing expenditure on health amongst the countries, such as the United States. According to the statistics by the World Bank, the current health expenditure as a share of GDP in the United States and Canada grew from 12.542% and 8.276% respectively in the year 2000, and is further projected to touch 16.885% and 10.79% respectively in the year 2018. CLICK TO DOWNLOAD SAMPLE REPORT 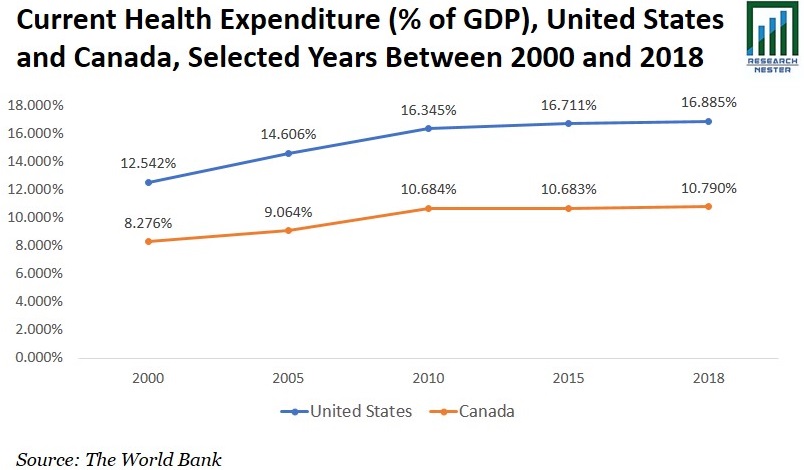 What are the major factors driving the growth of the heparin market?

The growing advancements in healthcare and the rise in healthcare expenditure are some of the factors anticipated to drive the growth of the market during the forecast period.

What would be the CAGR of heparin market over the forecast period?

What are the challenges affecting the heparin market growth?

The stringent government regulations for manufacturing heparin is one of the major factors estimated to hamper the market growth.

Which region will provide more business opportunities for growth of heparin market in future?

The market in the Asia Pacific is expected to display significant business opportunities in the future.

Who are the major players dominating the heparin market?

What are the segments in the heparin market?

The market is segmented by product, route of administration, application, and by region.

Which segment captures the largest market size in product segment in the heparin market?

The low molecular weight heparin (LMWH) segment is anticipated to touch the largest revenue of USD 5154.8 Million by the end of 2030 and display significant growth opportunities.