Extensive insights into the Growth of Fentanyl Market amidst COVID-19

·    July 20, 2021: The Washington State Department of Health issued warning regarding the rising cases of fentanyl overdose in the United States. These pills contain larger amount of illicit fentanyl, with variable purity and potency. The rate of overdose mortality has significantly surged in 2021.

The global fentanyl market is estimated to grow at a notable CAGR over the forecast period, i.e., 2022 – 2030. Fentanyl is prescribed to patients who experience sudden episodes of extreme pain, such as, in case of cancer. It is not given as regular medication, instead, should only be taken in case of the episode. The growth of the market can be attributed to the growing prevalence of cancer across the world. According to the data by the World Health Organization (WHO), over 10 million people died due to cancer in 2020, up from 9.6 million in 2018. Moreover, the increasing cancer awareness, development of new methods for treatment, and growing investment in medical research, are anticipated to boost the market growth. Cancer is one of the leading causes of untimely death globally, which is why, government authorities across the world are investing in initiatives and programs to curb the cancer mortality rate. For instance, the World Health Assembly launched the ‘Resolution Cancer prevention and control in the context of an integrated approach (WHA70.12)’ aiming to achieve the specific targets of the Global Action Plan for the prevention and control of Non-communicable Diseases (NCDs) 2013-2020 and the 2030 UN Agenda for Sustainable Development, to reduce premature mortality from cancer. 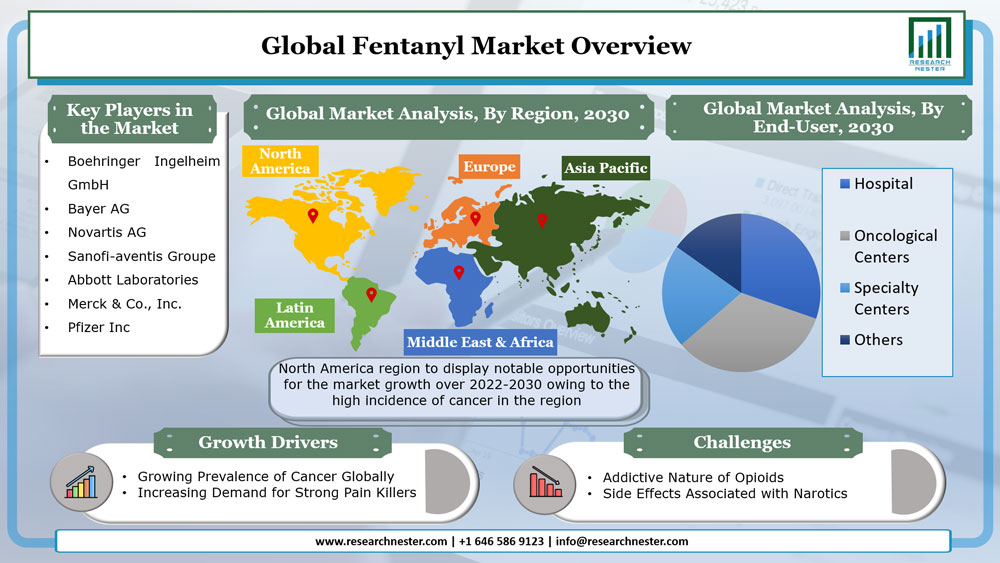 Furthermore, the increasing healthcare expenditure across the globe, is estimated to boost the market growth. According to the data by the World Bank, USD 1,111.082 was spent per capita for healthcare globally, in 2018, which has increased significantly from USD 999.104 in 2015. 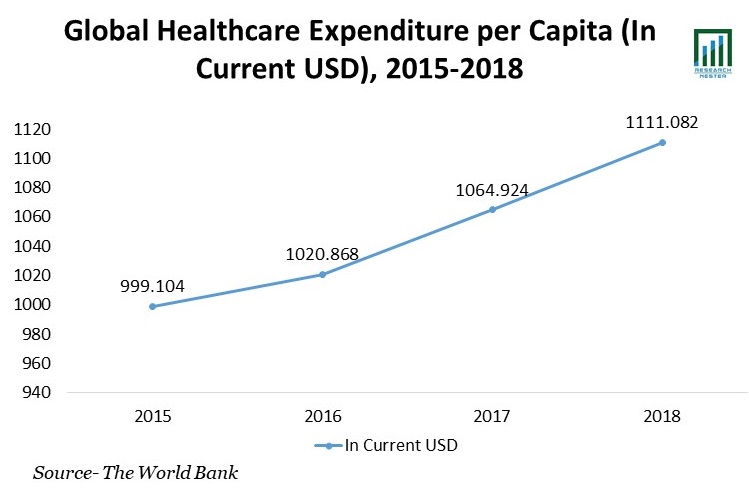 The market is segmented by end-user into hospital, oncology centers, surgical centers, and others, out of which, the oncology centers segment is anticipated to hold the notable share in the global fentanyl market over the forecast period as oncology centers specifically provide cancer treatment. The rising cancer patient pool is also estimated to boost the segment growth. CLICK TO DOWNLOAD SAMPLE REPORT

On the basis of geographical analysis, the global fentanyl market is segmented into five major regions including North America, Europe, Asia Pacific, Latin America and Middle East & Africa region. The market in the North America region is anticipated to gain the largest market share throughout the forecast period owing to the high share of cancer patients in the region. According to the US National Cancer Institute, around 1,806,590 new cases of cancer are estimated to be diagnosed in the United States in 2020. Moreover, it is estimated that cancer may cause 606,520 deaths in the same year. The market in Asia Pacific region is estimated to witness noteworthy growth over the forecast period on the back of large number of cancer patients in the region, along with the improving regional healthcare sector. 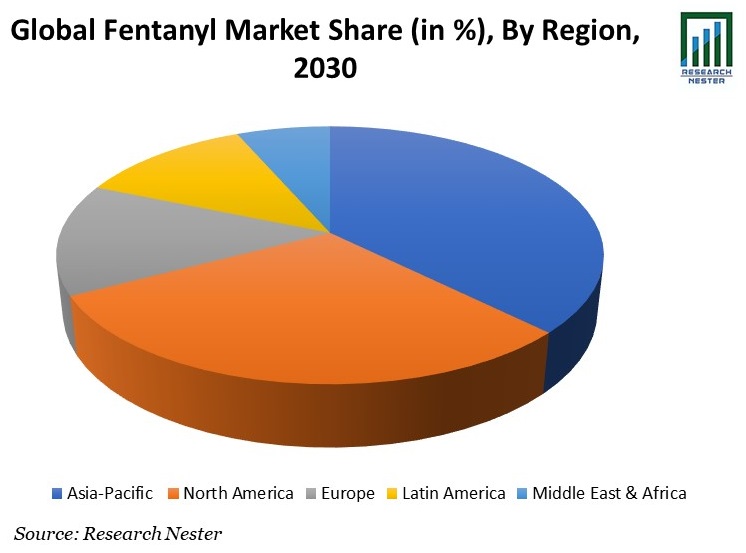 The global fentanyl market is further classified on the basis of region as follows:

Our in-depth analysis of the global fentanyl market includes the following segments:

What are the major factors driving the growth of the fentanyl market?

The growing incidences of cancer is estimated to boost the market growth.

What would be the CAGR of fentanyl market over the forecast period?

What are the challenges affecting the fentanyl market growth?

The side effects of narcotics are estimated to hamper the market growth.

Which region will provide more business opportunities for growth of fentanyl market in future?

The North America region is anticipated to provide more business opportunities over the forecast period on the back of increasing prevalence of cancer in the region.

Who are the major players dominating the fentanyl market?

What are the segments in the fentanyl market?

The market is segmented by route of administration, end-user, and by region.

Which segment captures the largest market size in end-user segment in the fentanyl market?

The oncology centers segment is anticipated to hold largest market size over the forecast period and display significant growth opportunities.