The global display component market is estimated to garner a revenue of USD 386173.3 Million by the end of 2029, up from a revenue of USD 283894.8 Million in 2020, by growing at a CAGR of 3.5% over the forecast period, i.e., 2021 – 2029. The growth of the market can primarily be attributed to the growing demand for smartphones worldwide. The sales of smartphones have grown significantly over the past few years, and crossed 1500 Million units in the year 2020. Moreover, smartphone ownership has also witnessed a surge in growth over the past few years, backed by the rapid advancements in cellular network technology and the need for advanced hand-held devices. According to the statistics by Pew Research Center, smartphone ownership in the United States grew from 35% on May 21, 2011 to 85% on February 7, 2021. Smartphones nowadays are equipped with different types of displays, such as AMOLED displays, LCD displays, and others, that comes with a variable refresh rate ranging up to 144Hz. The surge in sales of smartphones is therefore projected to drive the demand for display components, and in turn accelerate the market growth. 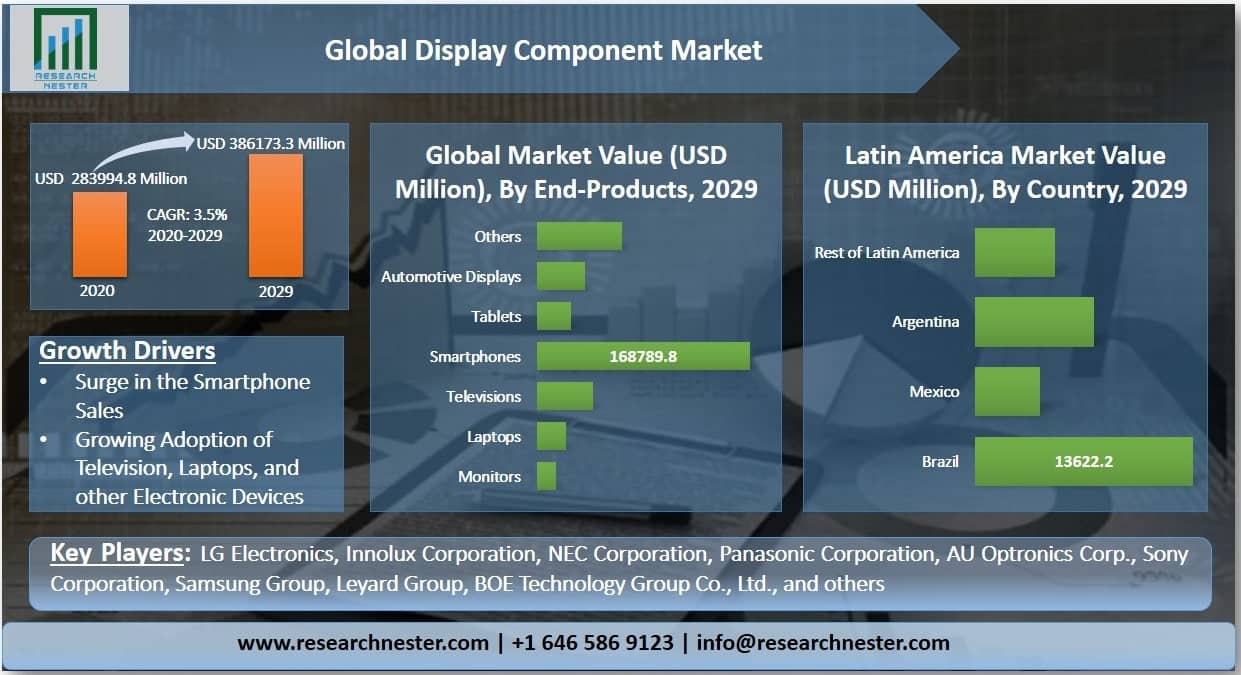 The market is also anticipated to grow on account of the increasing utilization of LED displays for digital signage so as to enhance customer experience. The recent trends of miniaturization of these displays in terms of its thickness, followed by the growing demand for flat-panel display, along with the surge in the sales of television units worldwide, are also expected to contribute to the market growth. Besides this, the increasing use of displays in several medical equipment is also expected to enhance the market growth during the forecast period. 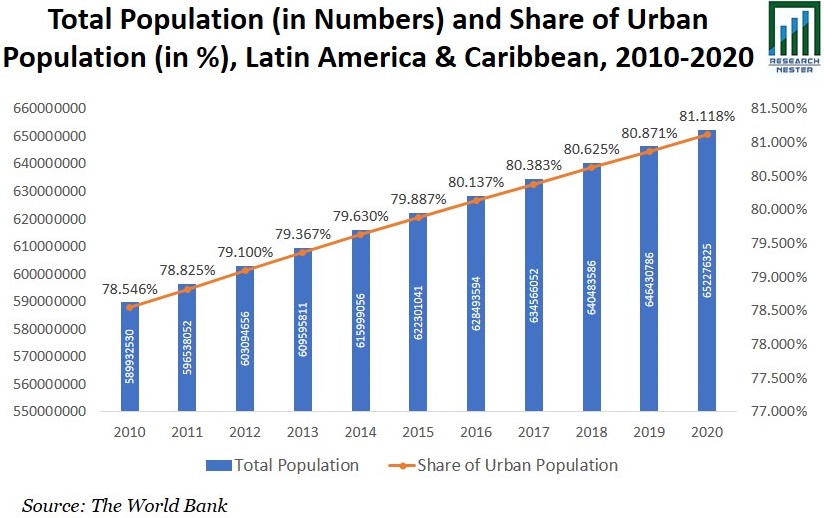 The Latin America display component market is segmented by country in to Brazil, Mexico, Argentina, and the Rest of Latin America. Out of the market in these regions, the market in Brazil is anticipated to garner the highest market share and also reach a market revenue of USD 13622.2 Million by the end of 2029.

1) What are the major factors driving the growth of the display component market?

Ans: The rising adoption of smartphones worldwide, along with the increasing utilization of display components in medical equipment are some of the major factors anticipated to drive the market growth.

2) What would be the CAGR of display component market over the forecast period?

3) What are the challenges affecting the display component market growth?

Ans: The availability of alternatives is one of the major factors estimated to hamper the market growth.

4) Which region will provide more business opportunities for growth of display component market in future?

Ans: The market in the Asia Pacific is anticipated to display significant growth opportunities in the near future.

5) Who are the major players dominating the display component market?

7) What are the segments in the display component market?

Ans: The market is segmented by technology, panel size, and-products, and by region.

8) Which segment captures the largest market size in end-products segment in the display component market?

Ans: The smartphones segment is anticipated to hold the largest market revenue of USD 168789.8 Million by the end of 2029 and display significant growth opportunities in the future.