The global defense tactical computers market is estimated to garner a hefty amount of revenue by growing at a CAGR of ~5% over the forecast period, i.e., 2022 – 2031. The growth of the market can be attributed to the increasing number of military vehicles, which in turn is expected to raise the demand for tactical computers to gather information from the surroundings and enhance the firing accuracy. In 2020, China alone accounted for more than 30,000 armored fighting vehicles, whereas South Korea had a fighting vehicle strength of about 15,000 that same year. Along with this, growing need for rugged, high performance and reliable computing devices that can withstand harsh environments is also expected to drive market growth in the forthcoming years. Furthermore, rising usage of internet of things (IoT) and cloud computing technologies in aerospace and defense applications is projected to offer ample growth opportunities to the market in the near future. 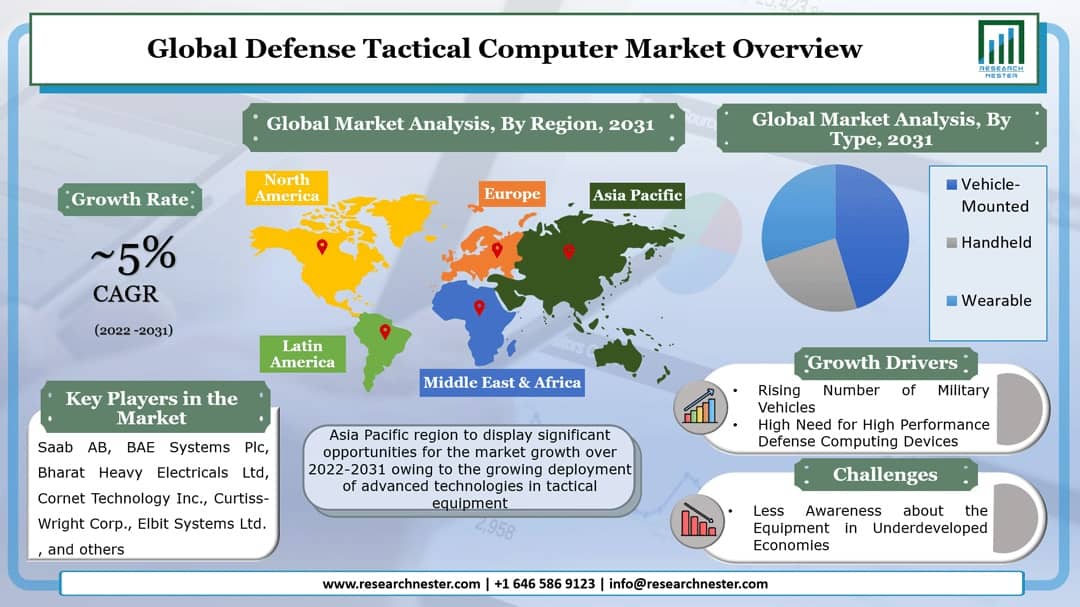 The market is segmented by type into vehicle-mounted, handheld, and wearable, out of which, the vehicle-mounted segment is anticipated to hold the largest share in the global defense tactical computers market. This can be accounted to the ability of these computers to withstand harsh climatic conditions such as extreme heat, cold, vibrations and shock. Apart from this, high utilization of these computers in positioning, utility control, flight control and fire control is also predicted to boost the growth of the market segment in the future. Additionally, on the basis of platform, the army segment is assessed to occupy the largest share during the forecast period, which can be credited to the increase in military expenditure around the world. CLICK TO DOWNLOAD SAMPLE REPORT

Regionally, the global defense tactical computers market is segmented into five major regions including North America, Europe, Asia Pacific, Latin America and the Middle East & Africa region. The market in Asia Pacific is estimated to witness noteworthy growth over the forecast period on the back of the rising deployment of advanced technologies in tactical equipment for sharing information, tracking, positioning and intelligence. In addition, increasing government funding to upgrade existing systems of defense information sharing platforms is also expected to boost the market growth in the region in the coming years. Moreover, the market in North America is projected to acquire the largest share during the forecast period ascribing to the high military spending, and strong presence of major market players in the region. The military spending in the United States was about USD 765 billion in 2020, up from USD 730 billion in 2019 and USD 695 billion in 2018 respectively. 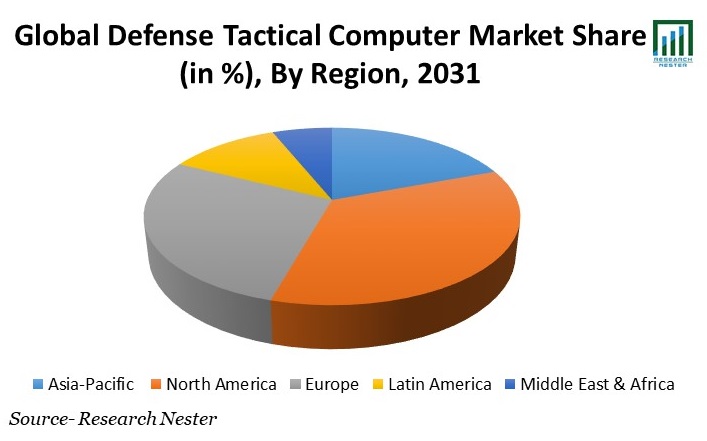 The global defense tactical computers market is further classified on the basis of region as follows:

What are the major factors driving the growth of the defense tactical computers market?

What would be the CAGR of defense tactical computers market over the forecast period?

Which region will provide more business opportunities for growth of defense tactical computers market in future?

Who are the major players dominating the defense tactical computers market?

What are the segments in the defense tactical computers market?

The market is segmented by type, platform, and by region.

Which segment captures the largest market size in the type segment in the defense tactical computers market?

The vehicle-mounted segment is anticipated to hold largest market size and is estimated grow at a notable CAGR over the forecast period and display significant growth opportunities.