A fuel cell is an electrochemical cell which uses chemical energy of hydrogen or another fuel to convert into electrical energy. This converted electrical energy can be directed to external devices in order to provide electric power to do work. Further, fuel cells can be used to power automobiles, aircrafts and other devices. Fuel cells have a number of application including power generation, fuel cell electric vehicles and other applications. 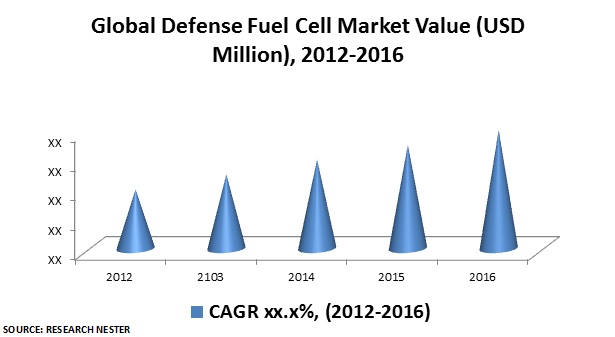 Growing awareness regarding hazardous effect of carbon emission on environment and better performance of fuel cells over other alternatives are some major factors which are expected to fuel the demand for fuel cell in defense sector.

Moreover, North America region is likely to be the major market of defense fuel cells during the forecast period. U.S. is anticipated to contribute significantly in growth of North America defense fuel cells market. In U.S., factors such as presence of better defense technological infrastructure and increased defense budgets by government are likely to allow defense forces to adopt new & advanced technologies such as fuel cells.

Moreover, Europe defense fuel cell market is anticipated to grow at a significant pace during the forecast period owing to the factors such as high investments by governments in research and development of advanced technology in defense sector. Additionally, Asia Pacific region is also expected to witness satisfactory growth over the forecast period. This growth in Asia Pacific region can be attributed to favorable government initiatives and increased investment to strengthen their defense forces.CLICK TO DOWNLOAD FREE SAMPLE

By fuel cell technology, proton exchange membrane fuel cells (PEM) segment is anticipated to witness significant demand over the forecast period due to development of PEM fuel cell based vehicles and their rising adoption in defense sector.

Global defense fuel cell market is further classified on the basis of region as follows: 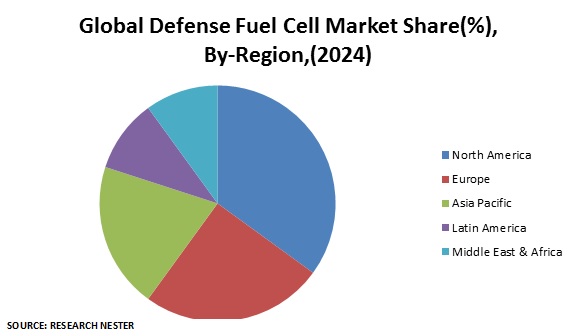 Global defense fuel cell market is primarily driven by growing applications of fuel cells in defense sector including vehicles, aircrafts and ships in order to reduce emission of hazardous byproducts such as carbon, nitrogen, sulfur. Further, growing concern towards dangerous impacts of carbon emission on environment is a major factor which is increasing adoption of fuel cells in defense sectors.

The global defense fuel cell market is segmented as follows: