The global bowel stimulators market is estimated to grow at a CAGR of ~6.5% over the forecast period, i.e., 2022 – 2031. Bowel stimulator is a nerve stimulator that is surgically implanted to help a patient reduce the number of bowel accidents caused by fecal incontinence. The growth of the market can be attributed to the increasing prevalence of bowel incontinence, in which the patient is unable to control bowel movement. Furthermore, the rising demand for quick, and long-term treatment plans amongst adults, is estimated to fuel the market growth. Along with this, growing adoption of surgeries, favorable medical reimbursement policies, and higher disposable income are some of the common factors estimated to boost the market growth. 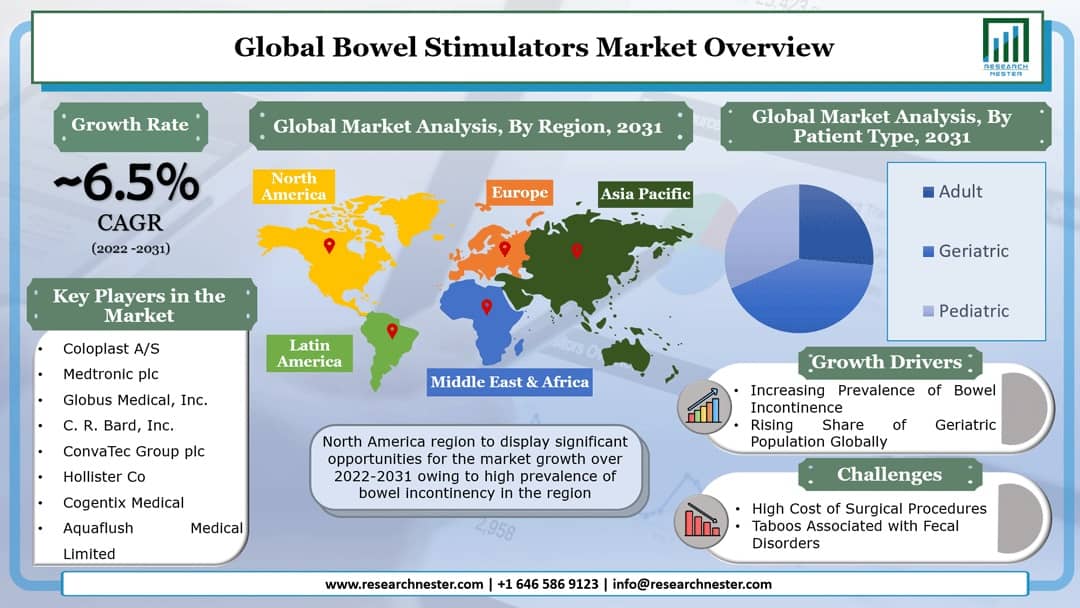 Moreover, this disorder is more common amongst the older population, as aging results in loss of control over muscles. As a result, the rising geriatric population across the globe is estimated to boost the market growth. As per the data by the World Bank census, 9.321% of the total population was aged above 65 years, in 2020. This share has significantly increased over the past decade, as only 7.56% of the population was above 65 years of age in 2010. 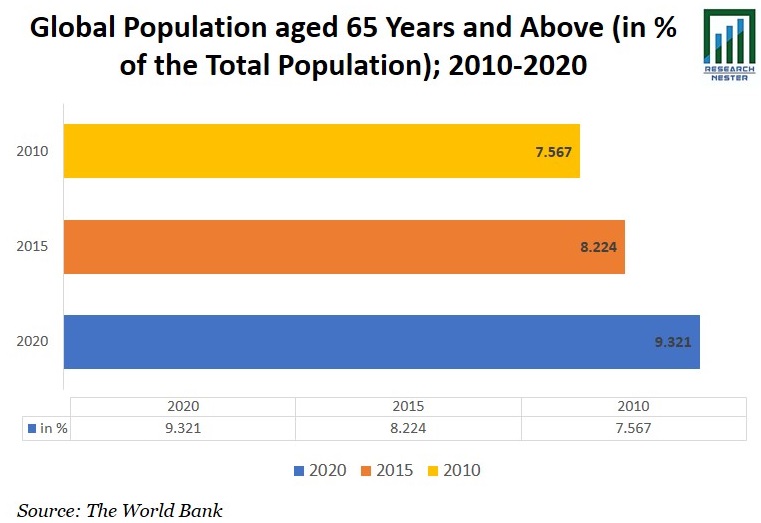 On the basis of geographical analysis, the global bowel stimulators market is segmented into five major regions including North America, Europe, Asia Pacific, Latin America and Middle East & Africa region. The market in Asia Pacific region is estimated to witness noteworthy growth over the forecast period on the back of increasing healthcare awareness and availability of medical facilities in the developing countries, combined with the high geriatric population in countries, such as, Japan and China. As per the data by the World Bank, 11.968% of the population in China was aged 65 years and above in 2020.

The market in the North America region is anticipated to gain the largest market share throughout the forecast period owing to the higher incidences of bowel and urinary incontinence, along with availability of efficient treatment methods in the region. National Institute of Diabetes and Digestive and Kidney Diseases (NIDDK), U.S., published a dataset revealing that amongst people admitted in hospitals and nursing homes, around 18 to 33 patients out of every 100, and between 50 to 70 out of 100 patients have fecal incontinence respectively. Among adults, who are not in hospitals or nursing homes, about 7 and 15 out of 100 individuals have fecal incontinence. 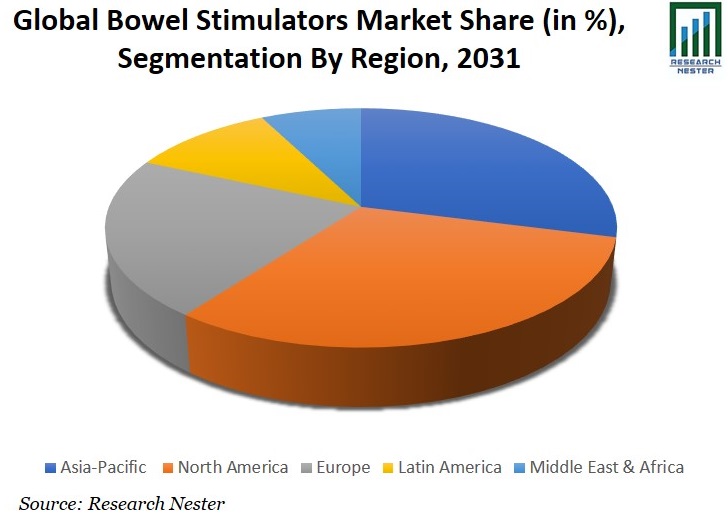 The global bowel stimulators market is further classified on the basis of region as follows:

Our in-depth analysis of the global bowel stimulators market includes the following segments:

1) What are the major factors driving the growth of the bowel stimulators market?

Ans: Increasing prevalence of bowel and urinary incontinence is estimated to boost the market growth.

2) What would be the CAGR of bowel stimulators market over the forecast period?

3) What are the challenges affecting the bowel stimulators market growth?

Ans: High cost of surgical procedures, and the taboos associated with fecal disorders are estimated to hamper the market growth.

4) Which region will provide more business opportunities for growth of bowel stimulators market in future?

Ans: The North America region is anticipated to provide more business opportunities over the forecast period on the back of high prevalence of bowel incontinency in the region.

5) Who are the major players dominating the bowel stimulators market?

7) What are the segments in the bowel stimulators market?

Ans: The market is segmented by process type, patient type, application, end-user, and by region.

8) Which segment captures the largest market size in patient type segment in the bowel stimulators market?

Ans: The geriatric segment is anticipated to hold largest market size in terms of revenue value over the forecast period and display significant growth opportunities.