An oil pump is a device that is used to circulate motor oil to the bearings, camshaft and pistons of an engine with high-pressure while maintaining the temperature of the engine. It is regarded as an essential part of the lubrication system.

When the engine is started, the oil pump runs with the help of engine crankshaft and power through chain drive. In running engine condition, adequate lubrication is required in all its moving parts to minimize the wear and tear & dissipation of heat generation. An oil pump sucks oil from sump or reservoir and then discharges the oil through a filter before sending the oil to lubricate the engine or other large pieces of rotating equipment. For high speed rotating equipment, loss of engine oil for even a few minutes can cause significant damage. Positive variable displacement pumps are used to vary the discharge of circulating oil depending upon the requirement. These pumps are referred to as constant volume pumps and can provide higher pressures and operate at lower suction values in the tank. This eliminates the excess oil flow and significantly reduces the load on engine crankshaft.

The automotive variable discharge oil pump modify the delivery volume flow according to the engine oil demand and avoids the unnecessary pumping of the oil that causes an over consumption of fuel as well manage power consumption in the vehicle. Lubrication generally increases fuel consumption and impose a higher load on the engine. The oil consumption of engine is proportional to bearing clearances, load, operating temperature, speed & state of the wear of the engine. The conventional mechanical oil pump is attributed to the operating speed, and hence has no control on the oil flow. The automotive variable discharge oil pump can also joined with the balancer shaft unit and vacuum pump.

The global automotive variable discharge oil pump market is anticipated to record a CAGR of 3.3% over the forecast period i.e. 2019-2027. The market is segmented on the basis of displacement into variable and fixed displacement, out of which, variable displacement segment accounts for leading market share on the back of ability to control discharge of oil depending upon requirement. Additionally, the demand of fuel efficient cars and improved manufacturing process are expected to lead the market over the forecast period. Further, innovation of electronically active cooling systems that improve the pump thermal resistance and have the ability to withstand with critical condition within the engine is expected to drive the market. CLICK TO DOWNLOAD SAMPLE 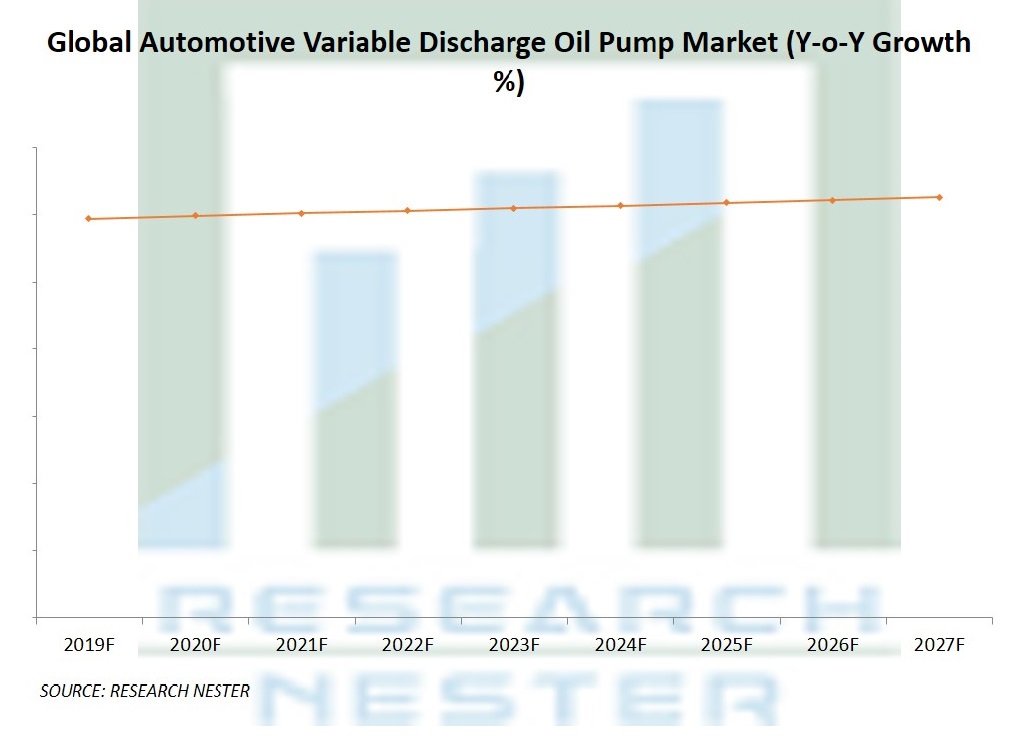 Increasing prices of crude oil is a major concern for automobile companies. The demand for oil in an engine depends on the engine speed, load bearing and operating temperature. Further, in the development of automotive engines, reduction of fuel economy is one of primary concerns. Variable discharge oil pumps reduces friction by 33%. Companies focus on reducing oil pump friction which accounts for 10% of engine friction to enhance fuel economy consequently resulting in reduced oil pressure by variable discharge. These factors boost the demand for automotive Variable discharge oil pumps over the forecast period.

There is an increasing need to reduce its carbon emission footprint to minimize its impact on climatic change. With the advancement in technology, manufacturers are focusing on advanced variable discharge oil pumps that are capable of reducing carbon emission from exhaust gases that contributes towards global warming. The altering resultants that are existing in the form of automobile variable discharge oil pump are also benefiting to the market. 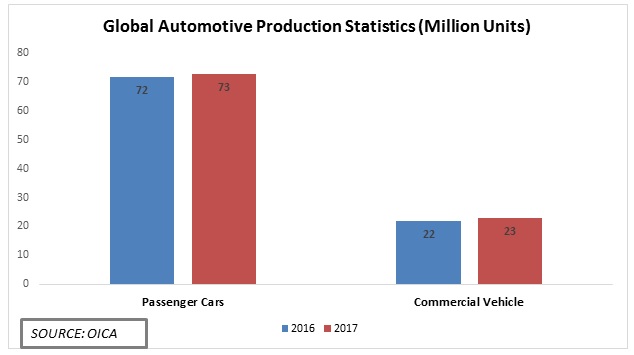