Aerospace oxygen systems are the emergency equipment that are fitted in commercial aircraft. These equipment are used up when the aircraft has crossed the safest altitude level. It consists of a number of yellow oxygen masks that are kept in compartments near passenger’s seat. Additionally, they are also kept in areas such as laboratories and galleys. Increasing number of aircraft passengers have created a strong demand for efficient aerospace oxygen System. With the increase in altitude, the partial pressure of oxygen decreases which makes it difficult for passengers to inhale properly. For maintaining a suitable level of oxygen concentration to enable comfortable breathing at high altitudes, there is a high requirement for life support systems and oxygen systems. Oxygen systems provide oxygen through pipelines and fittings that are centrally regulated.  Growing demand for new aircraft technology and increasing number of passengers is anticipated to foster the growth of aerospace oxygen system market over the forecast period (2019-2027). 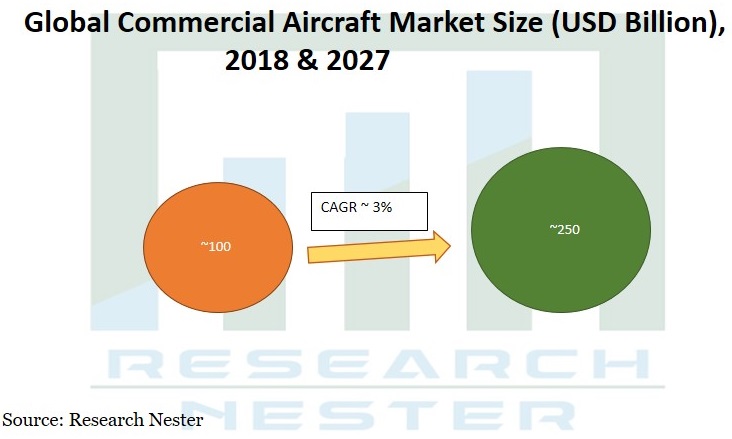 In order to address the growing number of people travelling by commercial aircrafts, there is a rising number of aircrafts to address the demand. This has consequently resulted in a rising demand for effective systems that could enable a comfortable journey. Modern aircraft companies are focused on providing efficient oxygen systems to their passengers to make them feel comfortable at higher latitude. Rising demand for aircrafts equipped with latest technologies is expected to drive the global market. The availability of superior, robust and reliable technical connectivity results in the growth of the market. Additionally, rising application in cargo, transport and military sector is anticipated to propel the growth of aerospace oxygen system market.

Modern aircraft companies are now focused on providing efficient equipment and services to their consumers. Additionally, demand for new engineering tools is increasing owing to increasing demand for automation. Advanced techniques of artificial intelligence has been provided to the aircraft aerospace system which has resulted in increasing their manufacturing efficiency. This has further enabled small and medium sized aircraft manufacturing companies to increase their overall production capacity. Rising demand for advanced aerospace oxygen system with latest technologies is expected to propel the growth of robotic automation process market around the world.

With the rise in cost of raw materials, aircraft companies are taking appropriate steps to minimize the production cost. High cost of production is one of the key factors restraining the growth of aerospace oxygen system market across the globe.

By Type of Aircraft

With growing demand for light weight aircraft equipment, market of Asia Pacific is expected to observe a substantial growth. One of the factors contributing to this growth is the increasing demand for new aircraft from regional airline companies and procurement of fighter aircrafts.  Also, due to increasing number of people opting for air travel in comparison to conventional methods such as trains or by-road travel is resulting in a positive impact on the market. The Latin America and Middle East & Africa regions are expected to showcase a modest demand for innovative aerospace oxygen systems in comparison to other regions.

The aerospace oxygen system market is further classified on the basis of region as follows: