Aerospace Insurance is an insurance coverage that is designed exclusively to deal with the operation of aircraft and hazards prevalent in aviation. Aerospace insurance policies are distinctly separate from that of other forms of transportation and involve the incorporation of terminology that are associated with aviation and also the inclusion of terminology, limits and clauses that are particular to aerospace insurance. Aerospace insurance policy covers liability incurred by aircraft and property. Additionally, it also offers allied coverage that includes ground handling and aviation product liability. The losses suffered due to risks associated with aircraft usage include its maintenance as well as any damage of property or injuries that have occurred to the population. Insurance coverage is available for a variety of aircrafts that include standard, experimental, vintage aircrafts and sea planes. The growth of the aerospace insurance market is also dependent on the growth of the airline sector. The global air connectivity had become efficient and increasingly accessible. According to statistics released by International Air Transport Association (IATA), World Air Transport Statistics, around 4.4 billion global passengers flew in 2018 on scheduled services, which has seen a 6.9% increase over 2017, that represented an additional 284 million air trips during the year.

The aerospace insurance market is predicted to witness significant growth, on account of various factors such as rise in the number of passengers observed, who are preferring to travel by aircrafts from all over the world. Several investments are being made in various nations for the development of new airports. This has generated plenty of opportunities for the growth of aerospace insurance, owing to a greater number of airports and aircrafts becoming operational. The requirement for maintenance of these airports and aircrafts is driving the huge demand for aerospace insurance coverage all over the world over the forecast period. CLICK TO DOWNLOAD SAMPLE REPORT

The aerospace insurance market is anticipated to grow at a robust CAGR over the forecast period i.e. (2020-2027). The market is segmented by insurance type and by end user. Airport operators forming part of end user segment is anticipated to occupy a significant market share over the forecast period, owing to rise in the number of commercial airports observed across several regions of the world. This is anticipated to drive the demand for aircrafts and airport operators to handle the management of airports which would lead to the necessity to obtain insurance coverage for such airports and aircrafts in order to run and maintain these airports in good condition 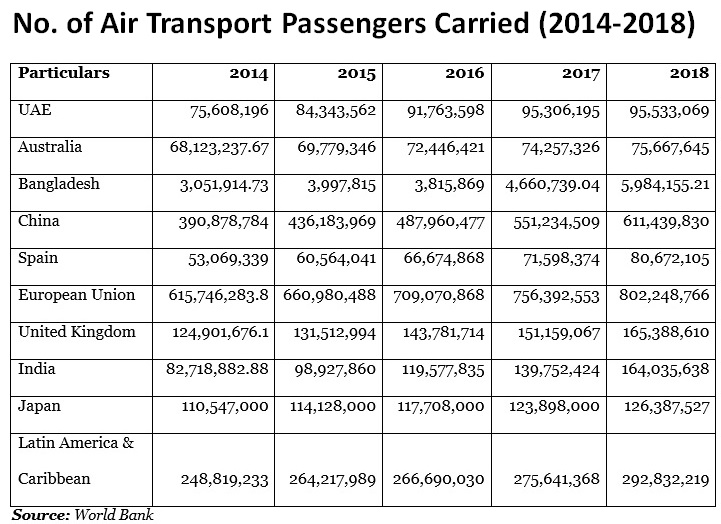 Increasing Purchases of Aircrafts to Accommodate the Growing Passenger Traffic

The increasing number of aircrafts being operational across the globe is estimated to drive the huge demand for insurance coverage for such aircrafts over the next decade, owing to various chances of risk occurrences such as air accidents, damage to property and public and problems that may arise from maintenance and usage of aircrafts. The growing number of aircrafts being shipped by manufacturers over the past few years and the rising necessity for maintenance and usage of these aircrafts is estimated to boost the demand for aerospace insurance across several regions and is anticipated to drive the growth of the market over the forecast period. According to statistics released by General Aviation Manufacturers Association (GAMA), the number of general aviation airplane shipments have been rising over the past three years, which would require the aircrafts to be used and maintained in proper condition in order to ensure operational efficiency of these aircrafts.

The aerospace insurance market is subject to various limitations such as low levels of awareness and there is a tendency to delay in providing services to the clients, which can develop a disinterest and lack of adequate trust in choosing insurance coverage for their aircrafts. The insurance claims are processed at a leisurely pace, as they pass through various public departments for getting processed in foreign nations, which can dissuade the clients to invest in the products of travel insurance. Further, the airline sector that is becoming surrounded with uncertainty and unpredictability globally is predicted to lower the demand for aerospace insurance among the service providers and operators. All these factors are estimated to operate as major restraints to the growth of the market over the forecast period.

On the basis of regional analysis, the global aerospace insurance market is segmented into five major regions including North America, Europe, Asia Pacific, Latin America and Middle East & Africa region. The market in Asia Pacific is anticipated to register the highest market share, owing to the highest number of commercial airports that are present in the region. The region also holds the highest share of 37 percent of global passenger traffic which makes the region highly attractive for growth of the aerospace insurance market over the forecast period. 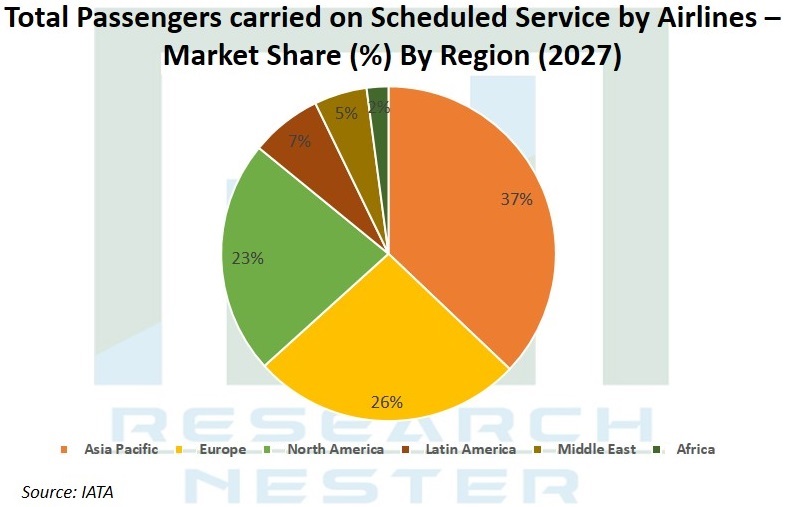 The aerospace insurance market is further classified on the basis of region as follows: