The white box server market is estimated to grow with a high CAGR during the forecast period, i.e., 2020-2029. Extensive research associated with white box servers in western countries, along with the increasing adoption of white-box servers among end-users is expected to fuel the progress of the market. The growth of the market can also be attributed to factors such as the growing number of data centers across the globe. 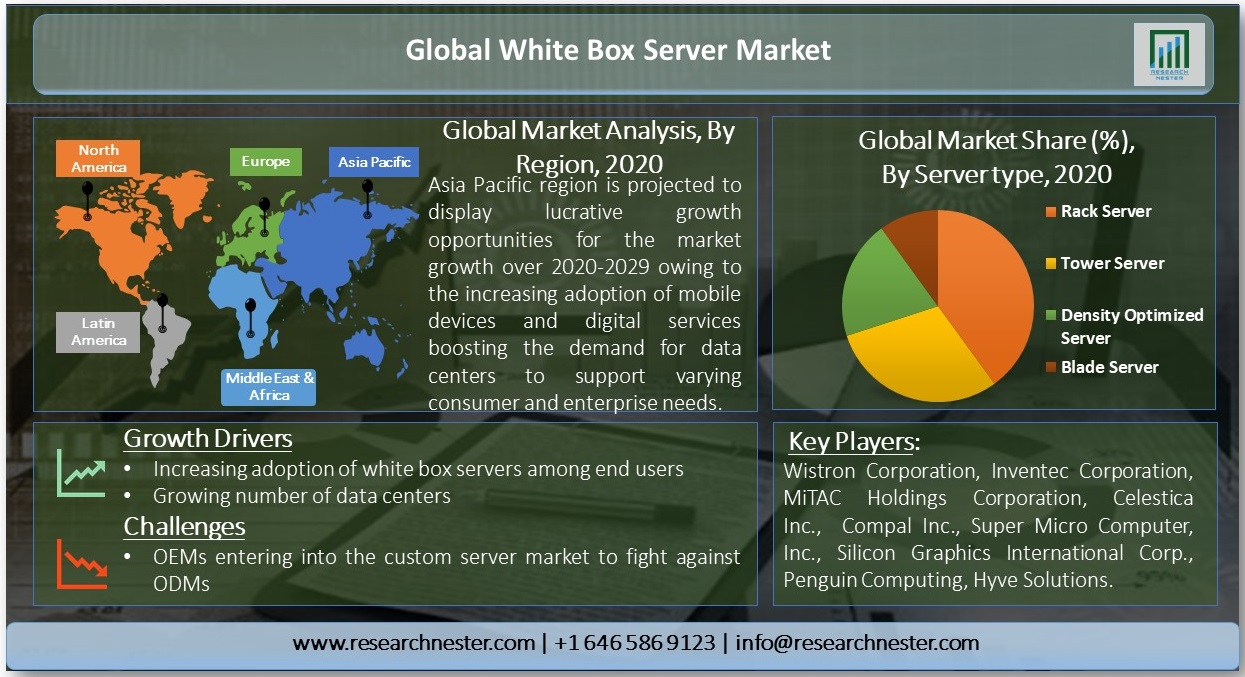 The market is segmented based on server type into rack, tower and density-optimized servers, out of which, the rack and tower server segment is estimated to hold a significant market share in 2020. The growth of the segment can be attributed to the deployment of rack and tower servers in traditional IT environments. Moreover, these servers offer the necessary level of performance adequate for IT processes and are significantly cheaper than other server types, which is estimated to help the segment maintain dominance throughout the forecast period.

Further, the density-optimized server segment is expected to register the highest CAGR of during the forecast period. The growth of the segment can be attributed to the increasing use of custom, high-density servers across hyper scale data center environments offering high performance, enhanced energy efficiency, and capacity to handle massive server loads.

Based on processor type, the x86 segment dominated the white box server market in 2020. Over the past few decades, x86 architectures and TCP/IP networking protocols have been the default standard offering cheap and more server options to end users. As IT infrastructures become more agile and deploy custom software to support varying organizational needs, the market for non-x86 servers is poised to post a higher CAGR during the forecast period. Increasing demand for virtualization, containerization, and improved power efficiency will spur the growth of the segment.

Geographically, the market is segmented into North America, Latin America, Europe, Asia Pacific and the Middle East & Africa region. North America accounted for largest of the global market in 2017. Increasing use of ICT technologies and digitalization of enterprises are transforming traditional IT environment, which in turn is contributing to the growth of the regional market. The region is highly saturated with the highest number of data center facilities hosting some of the biggest data centers in the world. Moreover, Asia Pacific is projected to witness the highest CAGR during the forecast period. The regional market can be characterized by increasing adoption of mobile devices and digital services boosting the demand for data centers to support varying consumer and enterprise needs. Presence of prominent market players such as Wistron Corporation; Quanta Computer Inc.; Inventec Corporation; and Hon Hai Precision Industry Company Ltd.; is estimated to boost the market growth over the coming years. 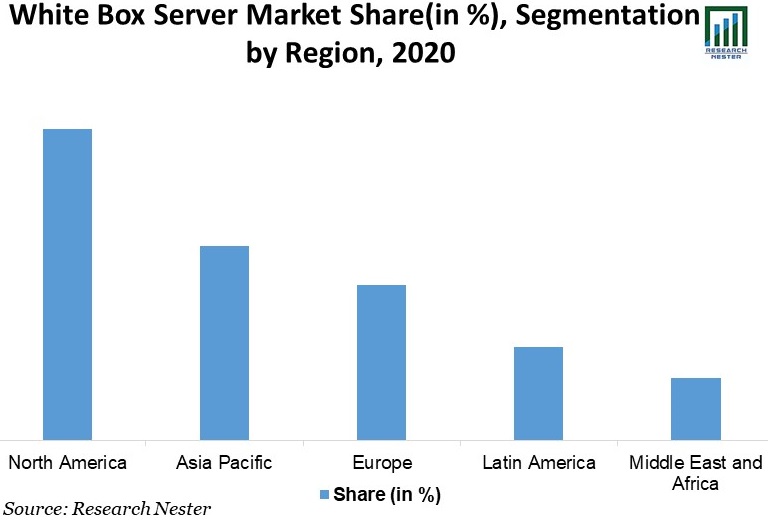 The white box server market is further classified on the basis of region as follows:

Our in-depth analysis of the white box server market includes the following segments:

What are the major factors driving the growth of the white box server market?

What would be the CAGR of white box server market over the forecast period?

What are the challenges affecting the white box server market growth?

OEMs entering into the Custom Server Market to Fight Against ODMs are estimated to hamper market growth.

Which region will provide more business opportunities for growth of white box server market in future?

The market in North America region will provide ample growth opportunities owing to the increasing use of ICT technologies and digitalization of enterprises are transforming traditional IT environment.

Who are the major players dominating the white box server market?

What are the segments in the white box server market?

The market is segmented by server type, business type, operating system and region.

Which segment under the application segment captures the largest market size in the white box server market?

Data centers were the most prominent business type segment estimated to have a largest market size.