·   Sony Corporation, February 2021: The company is working on next generation virtual reality headset for PlayStation 5 that will include enhanced resolution and field of view.

·   Samsung Technologies, January 2021: Samsung’s bug-eye VR headset was reported to resurface again, as a successor of the initial model of Samsung Odyssey+.

The virtual reality (VR) market is estimated to garner a sizeable revenue by recording a CAGR of ~46% over the forecast period, i.e., 2022 – 2030. The growth of the market can be attributed to the growing usage of head mounted devices in gaming & entertainment industry, increasing availability of affordable VR devices and rising investments by technology vendors for making virtual reality applications. Furthermore, surge in demand for virtual training across a plethora of industries, such as education, automotive, healthcare and aerospace, is also expected to drive market growth in the upcoming years. In addition to these, the rise in penetration of smart phones and widespread installation of 5G connectivity are projected to offer potential growth opportunities to the market in the near future. The total number of smartphone users in the world grew up to 3.5 billion by the end of 2020. China has the largest smartphone user base in the world, accounting to more than 910 million users. 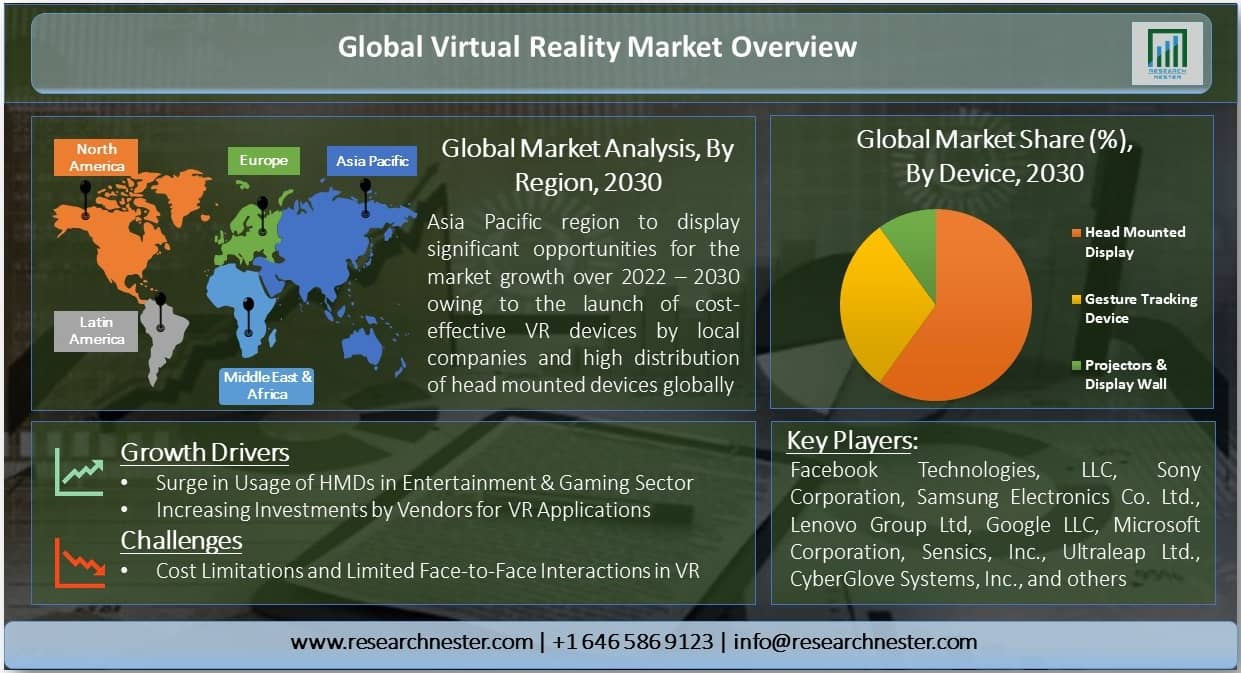 The market is segmented by device into head mounted display (HMD), gesture tracking device (GTD) and projectors & display wall (PDW), out of which, the HMD segment is anticipated to hold the largest share in the virtual reality market on account of the increasing usage of VR in enterprise and consumer applications, and growing adoption of innovative head mounted devices globally. It is calculated that the sales of the AR/VR headsets will reach approximately 19 million by the end of 2022.  additionally, on the basis of application, the healthcare segment is evaluated to observe the highest growth during the forecast period owing to the rising use of VR for drug discovery and design, and emerging role of virtual reality in microsurgery and nano-surgery. Moreover, based on component, the hardware segment is assessed to account for the largest market share in the coming years, which can be credited to the spiraling usage of VR headsets in theme parks and commercial applications. 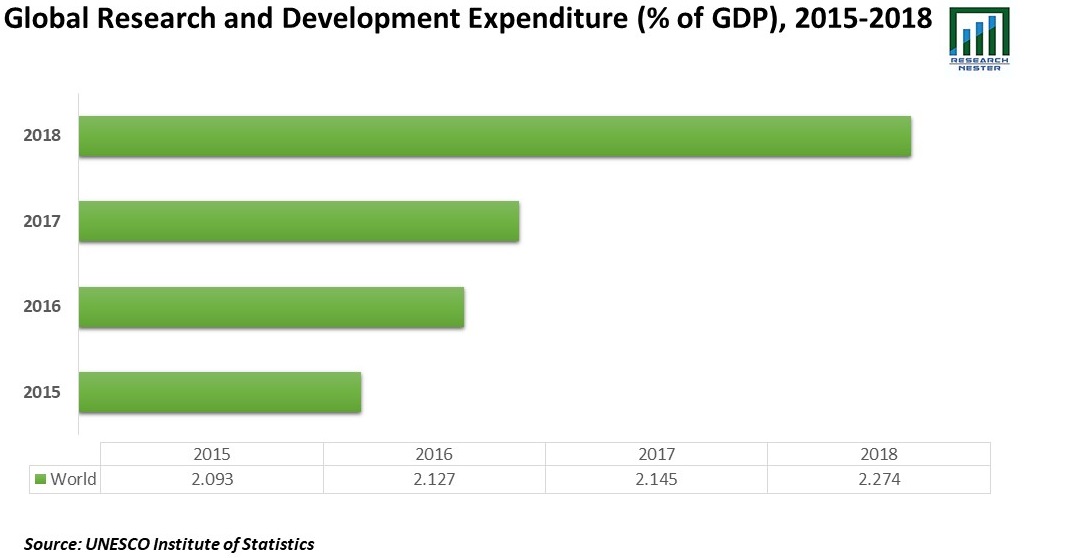 On the basis of geographical analysis, the virtual reality market is segmented into five major regions including North America, Europe, Asia Pacific, Latin America and the Middle East & Africa. The market in the Asia Pacific region is estimated to witness noteworthy growth over the forecast period on the back of hike in launch of affordable VR devices by local companies in countries, namely China and India. Along with this, as China is among the chief distributors of head mounted devices worldwide, it is anticipated to gain the largest market share in APAC in the future. Moreover, the market in North America is expected to occupy the largest market share during the forecast period ascribing to the strong presence of startups focused on developing sophisticated VR technologies and high acceptance of technological innovations by the people of the region. It is evaluated that almost 6o million people in the United States will use virtual reality at least once every month in 2021. This accounts for 18% of the country’s total population.

The virtual reality market is further classified on the basis of region as follows:

Our in-depth analysis of the virtual reality market includes the following segments:

What are the major factors driving the growth of the virtual reality market?

The major growth drivers for the market are increasing use of HMDs in entertainment & gaming sector and growing investments by technology vendors for virtual reality applications.

What would be the CAGR of virtual reality market over the forecast period?

What are the challenges affecting the virtual reality market growth?

Cost limitations and reduced face-to-face communications in VR are estimated to hamper the market growth.

Which region will provide more business opportunities for growth of virtual reality market in future?

Asia Pacific will provide more business opportunities to the market owing to the increasing launch of affordable VR devices by local companies in China and India.

Who are the major players dominating the virtual reality market?

What are the segments in the virtual reality market?

The market is segmented by device, application, component, and by region.

Which segment captures the largest market size in the component segment in the virtual reality market?

The hardware segment is anticipated to hold largest market size and is estimated to grow at a notable CAGR over the forecast period and display significant growth opportunities.