The United States (U.S.) commercial building automation market is estimated to grow at a notable CAGR over the forecast period, i.e., 2022 – 2030. The growth of the market can be attributed to the growing adoption of automation technology, backed by rapid technological advancements, and technically equipped population in the region. Moreover, with the surge in automation amongst the industries, the adoption of robots amongst these end-users have witnessed a magnificent growth.. Nationwide, there are about 0.35 robots per 1,000 human workers, however, these statistics are significantly higher in states, including, California, Texas, and Illinois. 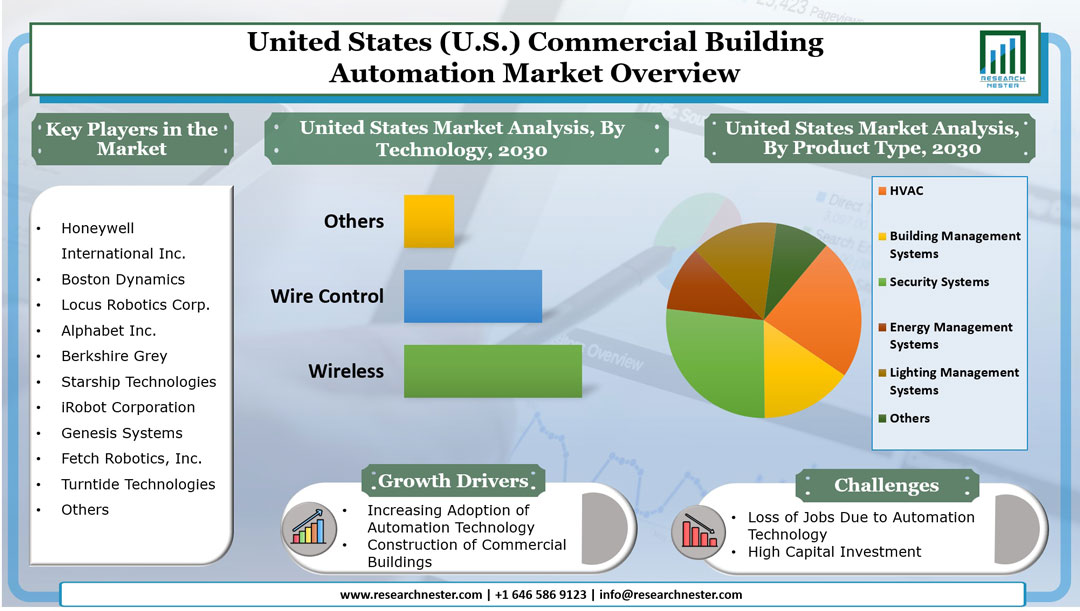 Besides this, the growing construction of commercial buildings in the United States, supported by rapid developmental activities, and growing urban population, are anticipated to boost the market growth. According to the data by the U.S. Energy Information Administration (EIA), the number of commercial buildings crossed 6 million in 2018, registering an annual growth of 6% across the country. 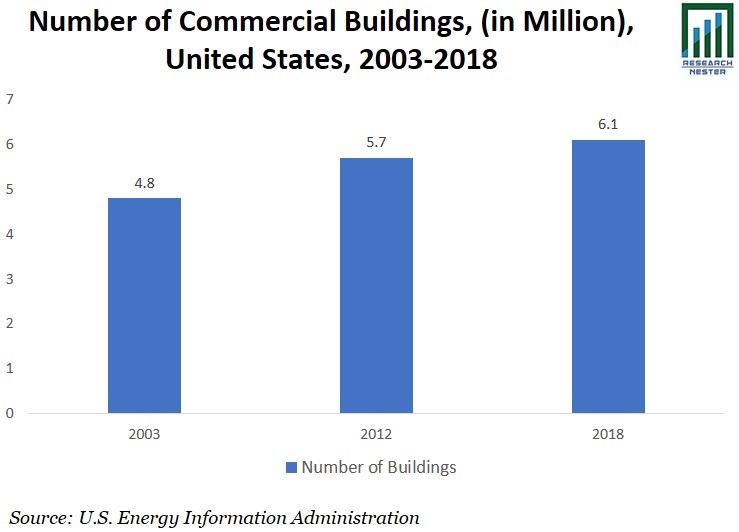 Additionally, the area of these buildings is also increasing constantly, resulting in a rise in automation of the buildings. Almost every essential need of the building, from security and fire protection, to energy management are catered by automated systems. This not only ensures better performance, and lesser chances of oversight, but also reduces cost of human labor. Such factors are estimated to boost the market growth.

The market is segmented by product type into HVAC, building management systems, security systems, energy management systems, lighting management systems and others out of which, the security systems segment is anticipated to hold the notable share in the United States (U.S.) commercial building automation market over the forecast period on account of high prevalence of crimes, such as, homicide, robbery, and others. More than 350 crimes are reported per 100,000 individuals in the United States every year. On the basis of technology, the wireless segment is anticipated to gain significant market share during the forecast period, owing to the rapid development and adoption of cloud computing technology, along with presence of tech-savvy population in the country.

What are the major factors driving the growth of the United States commercial building automation market?

The growing adoption of automation technology, and increasing number of commercial buildings are expected to boost the market growth.

What would be the CAGR of United States commercial building automation market over the forecast period?

What are the challenges affecting the United States commercial building automation market growth?

High investment requirement, and loss of employment opportunities are estimated to hamper the market growth.

Who are the major players dominating the United States commercial building automation market?

What are the segments in the United States (U.S.) commercial building automation market?

The market is segmented by product type, technology, and by end-user.

The wireless segment is anticipated to hold largest market size over the forecast period and display significant growth opportunities.