Subsea well access and BOP are controlling equipment for flow rate of oil and gas at well head sub surface. A blow out preventer is mechanical device used to seal, off the well tubing’s and casing pipes.  Regular monitoring of well for preventing the uncontrolled flow of oil and gas in drilled wells. Blow out preventer can be used with koomey unit for backup in controlling flow pressure.

North America is expected to hold the largest share in Global Subsea Well Access and BOP System Market till the expected forecast period i.e. 2018-2027. Additionally, increased drilling and exploration activities in Canada is adding to significant growth rate of Subsea Well Access and BOP System market. Moreover, development of new fields and shale gas extraction at offshore is also expected to propel the growth of market at a significant rate. Furthermore, new innovations in R&D technology for enhanced oil recovery is vigorously propelling the growth of market in forecasted period.

Asia pacific region is also slated for steady growth rate in Subsea Well Access and BOP System Market backed by approval from government to drill and explore about 132 blocks in China. Additionally, production of methane gas in India and Australia is also expected to escalate the market growth till forecast period of 2018-2027.CLICK TO DOWNLOAD FREE SAMPLE REPORT 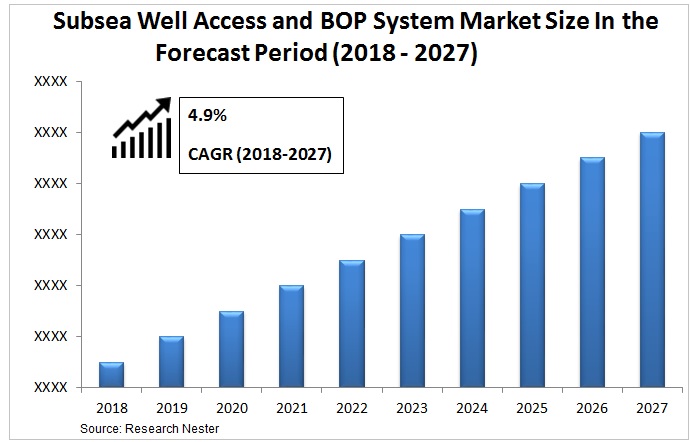 Global Subsea Well Access and BOP System market is further classified on the basis of region as follows: 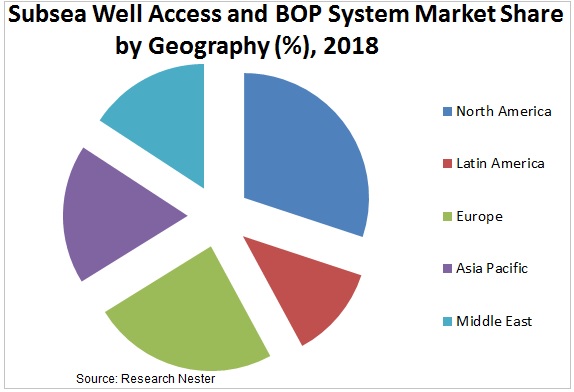 Demand for energy is constantly increasing year over year with development and rise in infrastructure and power sector. Additionally, production of oil and gas has been increased to fulfil the demand of energy, which is expected to robust the growth of market.

Development of oil and gas wells in china with highly matured reserves is driving the growth of market. Additionally, innovations in extraction process founded new wells in oceans for recovering  gas hydrates from ice blocks is also expected to witness the promising growth in subsea well access and BOP system market in future.

Increasing offshore opportunity in US

Increasing extraction process of natural oil and gas from offshore especially in US is expected to escalate the growth of subsea well access and BOP system market. Additionally, new development in offshore reservoir with enhanced oil recovery technique is positively supporting the growth of the market.

One of the challenging factor that hampers the growth of subsea well access and BOP system market is low oil prices and substitutes of crude oil. Additionally, price in 2014 for crude oil was above USD 110 and in 2018 it reached around USD 50-60 per barrel of crude oil.