Extensive insights into the Growth of Sprouts Market amidst COVID-19

The sprouts usually germinate from the seeds which are being soaked in water for several hours. The soaked seeds then shows radicle coming out of it within a week time when exposed to right temperature and moisture. The sprouting process of the grains and lentils enhances the nutrient levels, enriched with protein, folate, magnesium, phosphorus and vitamins. Additionally, sprouts help in weight loss factor as small portion of it makes people feel full for longer time.

The global Sprouts market is observing vibrant growth on account of increasing number of vegans and high healthy food demands which is expected to drive the sprouts market during the forecast period. The market is segmented into various sprouts type among which beans are expected to observe the highest growth. The beans are easily grown and easily available in the market for processing it to become sprouts and contains high nutrition and vitamins. The offline and online channel of distribution are gaining attraction owing to large demand for healthy food. High internet usage has connected retailers and various e-commerce traders to communicate and grow the sprouts demand in the market and expand import and export also. 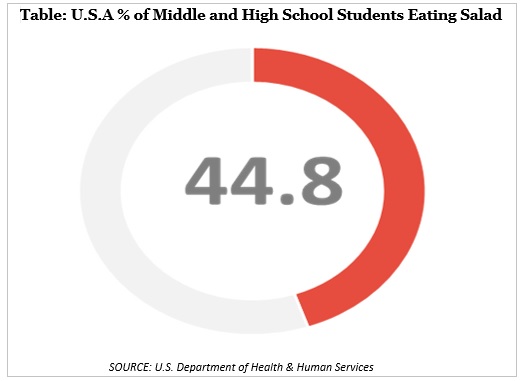 As per U.S. Department of Health & Human Services, there are 44.8% students in middle and high school who are given salad as a part of their regular diet. This healthy food habits are refereeing to the high demand for the sprouts in the market. Sprouts Market is anticipated to record a CAGR of 13.5% over the forecast period. 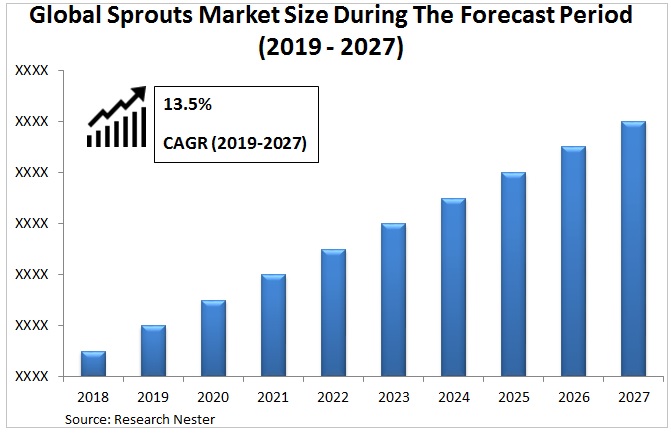 Sprouts are contained with high nutrition values which can control several diseases such as blood sugar and heart diseases. Sprouting helps in reducing the amount of carbohydrate in it. Additionally, the health awareness by people is driving the Sprouts market significantly at present and is expected to impact the market strongly during the forecast period. Moreover, healthy food consumption is popular among every age group which is driving the growth of the healthy foods including sprouts. Moreover, the rising e-commerce sector is demanding for packed sprouts in the market across the world. The growing health awareness among population of different age and demography are generating high consumption of sprouts. Ready to avail packed sprouts are high in demand on account of their easy availability in different geographical areas through online distribution channels.

According to latest trend for more vegan people for avoiding cruelty against animals, the sprouts have been included in daily diet of the people. The health awareness and the healthy food includes sprout for vegans as an important part of diet, thus, projected to flourish the growth of the market during the forecast period. The shift of healthy food diet to vegan has increased the demand for sprouts in the market of U.S.A which is expected to increase during the forecast period.

The sprouts are to be kept refrigerated and in cold conditions to protect them for a few days period, otherwise they are prone to degrade and if consumed may cause food-poisoning, thus, expected to dampen the growth of market in the coming future.

Sprouts is being highly consumed and produced in the Asia-Pacific region which is expected to lead the market during the forecast period on the back of high demand by its increasing population. The sprouts are being cultivated easily in pleasant climatic and soil condition and demand by high population for healthy diet is driving the demand for sprouts in the market. North America is following Asia-Pacific in the market growth owing to its large number of vegans demanding for healthy food habits including sprouts. This, increase in demand is expected to project the growth of the market in North America at a high rate during the forecast period.

Other regions such as Europe and Latin America is expected to observe substantial growth in the sprouts market owing to their developing economies and increasing disposable income during the forecast period.

Global Sprouts market is further classified on the basis of region as follows: