·  January 2017: Washington State University released a statement announcing that it has developed a soy-based filter that helps to purify the air. Besides, it also captures harmful and toxic chemicals which includes formaldehyde, carbon monoxide, and others which lack in the current air filters.

·  February 2020: Archer Daniels Midland Company announced that it has expanded the production of non-GMO soy protein concentrate to meet the growing demand for plant-based proteins in Europe.  The expansion in the production is planned at the Europoort, Netherlands facility.

The chemical industry as a whole is witnessing a shift from petroleum-based products to bio-based products in response to events such as global warming. According to the statistics by the National Centers for Environmental Information (National Oceanic and Atmospheric Administration or NOAA), global land and ocean temperature anomalies increased from 0.73°C in the year 2010 to 0.95°C in the year 2019. 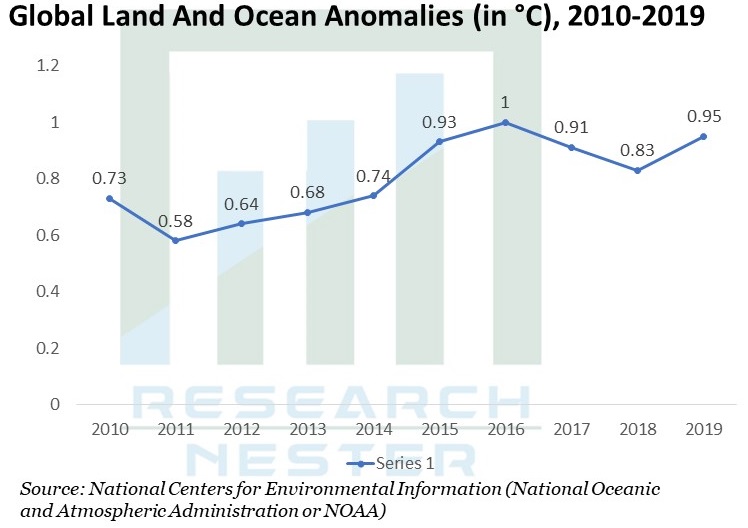 The soybean-based chemical market is anticipated to record a significant CAGR over the forecast period, i.e., 2020-2028. The market is segmented by product type and by application. In the product type, it is further segmented into soy oil derivatives, natural extracts, vitamin e, industrial refined soy oil, and fatty acid out of these, soymilk and soybean oil segments are anticipated to experience the highest growth owing to the fact that they are widely used in foods and beverages backed by the presence of high nutrient content. By application, plasticizers and fuel additives segments are expected to be at an elevated state owing to the increasing awareness among consumers about the negative consequences of over-consumption of fossil fuel and how biofuels can be used as effective alternatives. Consumers are increasingly demanding biodegradable plastics that can be made from soy-based derivatives, soy-protein concentrate, isolates, and flakes that can be mixed with synthetic plastics, which includes polycaprolactone and polylactic acid. This is done with a purpose to seam chemicals together with waxes, isoflavones, thermoset plastics, plasticizers, elastomer, rubber compounds, and different oleochemicals that can be used to make molded products like bio-degradable plastics, soaps and purchasing bags.

Increase In The Demand For Renewable Chemical And Fuel Source 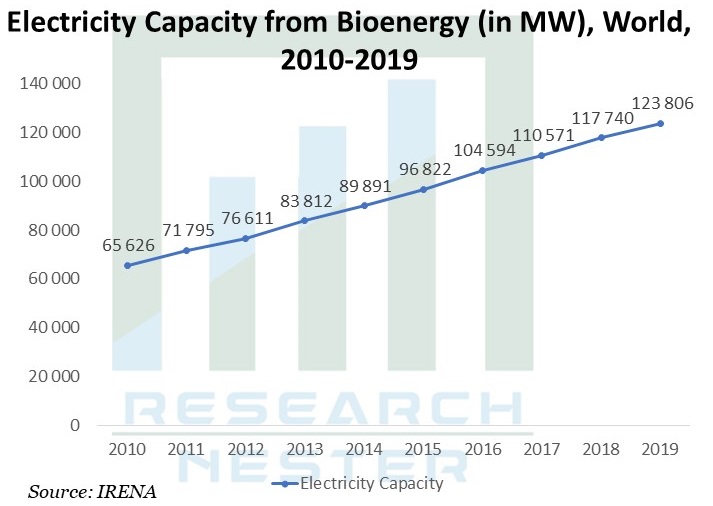 There is considerable potential to increase energy supplies in populated countries. Liquid biofuels, a viable renewable alternative to gasoline, are used primarily in the transportation sector. The growing demand for sustainable energy sources has led to an increase in the consumption of biodiesel, mainly from raw materials such as soybeans, animal fats, and recycled edible oils, around the globe. Biodiesel emits lower levels of particles and carbon monoxide than conventional petroleum biodiesel. In the U.S. according to the Department of Energy, the use of biodiesel allows for a reduction of about 78% in CO2 emissions, thus boosting demand for the soy-based chemicals.

Increase In Demand For Eco-Friendly Products

Our in-depth analysis of the soy-based chemical market includes the following segments:

North America, followed by the Asia Pacific, holds a significant share of the world soy-based chemical market as the region is a major producer and exporter of soybeans, thus ensuring an abundant supply of raw materials for chemical production. According to the United States Department of Agriculture (USDA), over 100 million metric tons of soy is produced in the United States. Also, the increasing trend of biodiesel adoption compared to other petrochemicals may drive growth in the regional market. The rate of progress in the region is closely followed by the Asia Pacific. This is owing to the existence of an agro-based economy and high demand for this market. Asia-Pacific countries have already made significant investments in the field of renewable energy sources and have shown significant growth potential in similar markets. The same applies to the soy-based chemicals market in Latin America. Both regions will show significant growth potential in the global soy-based chemicals market over the next few years. The global soy-based chemical market is expected to grow steadily with regional development in the European region as well.

The soy-based chemical market is further classified based on region as follows: