The simulation software is used for reduction system failure and elimination of bottlenecks. It is also used to prevent the over-utilization of resources and optimization of performance. The simulation software consists of following components such as system entities, input variables and performance measures. It is widely used as a prototype so that final product is similar to the design of product. It is used for enhancing the durability and also improving the efficiencies of various models. 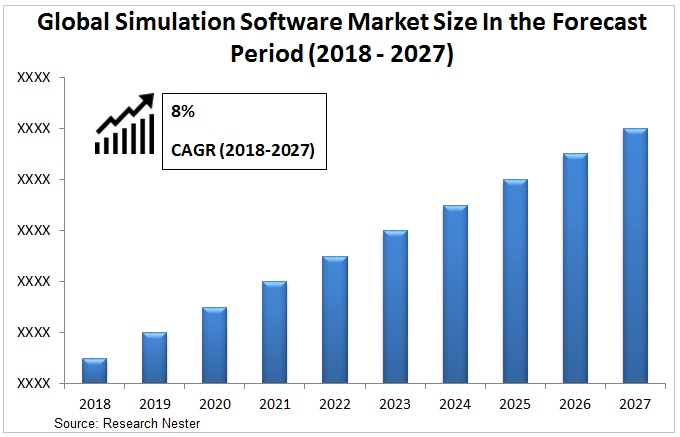 Automotive is anticipated to be the leading sub-segment during the forecast period. The high application of simulation software in design of various parts of automotive components is expected to be a major reason for the growth in sub-segment. For instance, according to Indian brand equity foundation, the total number of automobile produced was 24 million in 2016 and it is to grow by 29 million in 2018.

Asia-Pacific region is expected to be the fastest developing region for overall market during the forecast period. The increasing industrialization coupled with the expansion of various end-use industries is expected to boost the growth of overall market. Additionally, increasing government initiative is also driving simulation software market in region. For instance, according to SIPRI (Stockholm International Peace Research Institute) total military expenditure by China in 2015 was 204 billion and was 228 billion in 2017. Thus growing expansion of military expenditure is expected to boost the growth of aerospace & defense sub-segment.

Global simulation software market is further classified on the basis of region as follows: