The global scaffold free 3D cell culture market is estimated to garner a large amount of revenue by growing at a significant CAGR over the forecast period, i.e., 2022 – 2031. The growth of the market can be attributed to the growing emphasis on developing alternatives to animal testing, and rising focus on personalized medicine around the world. In the United States alone, a total of 286 personalized medicines were available in 2020. In addition, the investments in these medicines in the country grew by 53% in the years 2011-2015. Along with these, increasing incidences of chronic diseases, and upsurge in funding for cell-based research globally are also expected to drive market growth in the forthcoming years. In 2019, there were more than 15 million deaths from all types of cardiovascular diseases across the globe. Also, cancer and respiratory diseases caused about 9 million and 4 million deaths that same year. Furthermore, escalating investments in the healthcare sector, and growth in the number of cases of infectious diseases, such as H1N1 and influenza, are projected to offer ample growth opportunities to the market in the near future. 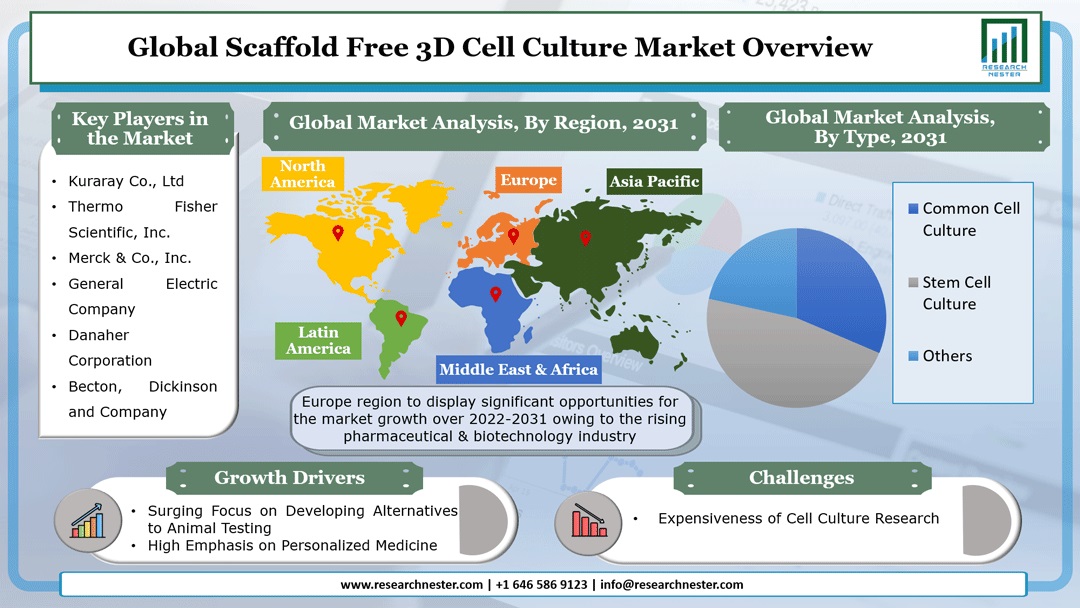 The market is segmented by end user industry into pharmaceutical, biotech, and cosmetics, out of which, the pharmaceutical segment is anticipated to hold the largest share in the global scaffold free 3D cell culture market. This can be accounted to the rising preference for alternative testing models over animal techniques in this industry, and increasing investments for R&D activities in pharmaceutical companies. Additionally, on the basis of type, the stem cell culture segment is assessed to occupy the largest share during the forecast period, which can be credited to the growing occurrence of cancer across the globe. Apart from this, allocation of high investments for cancer research by governments worldwide is also predicted to boost the growth of the market segment in the years to come. CLICK TO DOWNLOAD SAMPLE REPORT

Regionally, the global scaffold free 3D cell culture market is segmented into five major regions including North America, Europe, Asia Pacific, Latin America and the Middle East & Africa region. The market in Europe is estimated to witness noteworthy growth over the forecast period on the back of the rapidly growing pharmaceutical & biotechnology industry, and rising commercialization of microfluidics-based 3D cell culture in the region. In addition, strong presence of market players is also expected to fuel the market growth in the region in the region in the future. Moreover, the market in North America is projected to acquire the largest share by the end of 2031 owing to the surging prevalence of cancer, and well-established healthcare infrastructure in the region. According to the Centers for Disease Control and Prevention (CDC), in 2018, 1,708,921 new cancer cases were reported and 599,265 people died of the same in the United States. For every 100,000 people, 436 new cancer cases were reported and 149 people died of cancer. 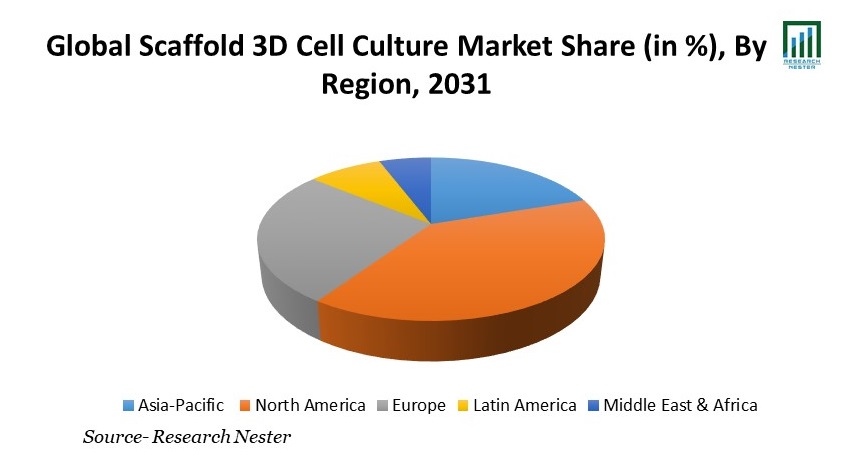 The global scaffold free 3D cell culture market is further classified on the basis of region as follows:

What are the major factors driving the growth of the scaffold free 3D cell culture market?

The major factors driving market growth are growing emphasis on developing alternatives to animal testing, and rising focus on personalized medicine around the world.

What would be the CAGR of scaffold free 3D cell culture market over the forecast period?

Who are the major players dominating the scaffold free 3D cell culture market?

What are the segments in the scaffold free 3D cell culture market?

The market is segmented by type, application, end user industry, and region.

The pharmaceutical segment is anticipated to hold largest market size and is estimated to grow at a robust CAGR over the forecast period and display significant growth opportunities.

High cost of cell culture research is estimated to hamper the market growth.