The global satellite internet market is estimated to grow at a CAGR of ~20% over the forecast period, i.e., 2022 – 2030. The growth of the market can be attributed to the increasing demand for high-speed internet services, backed by digitalization of all government and private procedures globally. Satellite internet access is provided by communication satellites, which offers relatively higher speed of data. Moreover, satellites provide much broader signal than cable internet, as satellites are not fixed in one place. Advantages of satellite internet, such as, high speed, larger area of coverage, and broader signal, are estimated to boost the market growth. 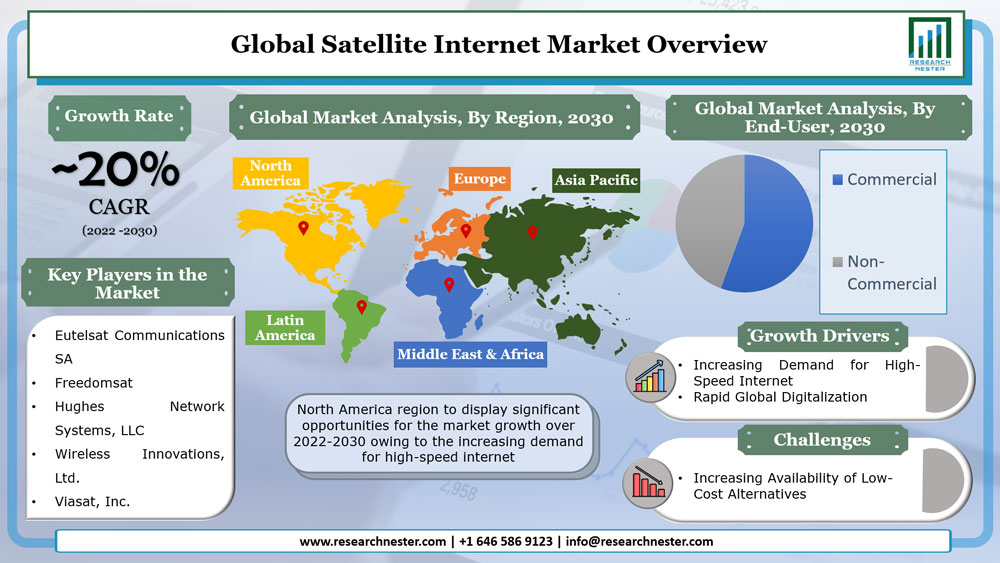 The increasing penetration of internet, especially in developed countries, is also anticipated to be accountable to surge the demand for internet. According to the data by the World Bank, in 2019, 56.727% of the total global population has access to internet. The growing number of internet users is expected to propel the market growth. 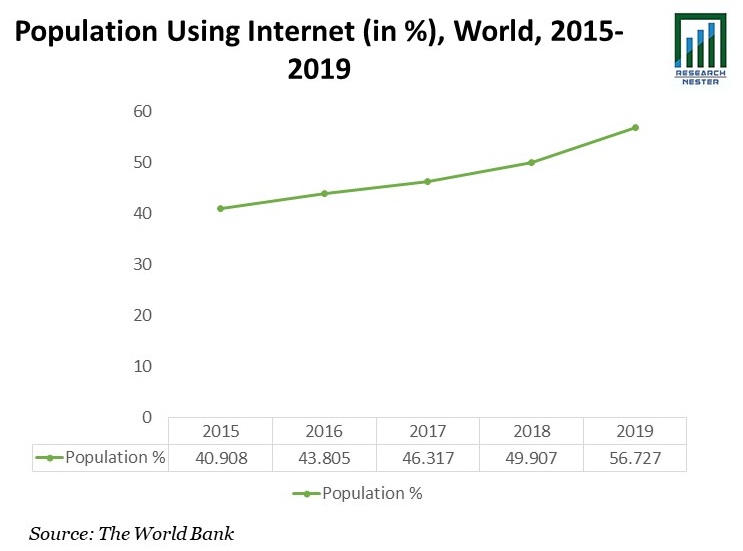 The market is segmented by end-user into commercial, and non-commercial, out of which, the commercial segment is anticipated to hold the notable share in the global satellite internet market over the forecast period on account of increasing digitalization of all commercial activities, which makes internet access mandatory for commercial spaces. The adoption of cloud storage in the commercial sector, including, hotels, banks, and private offices, is also a major factor estimated to boost the market growth.

On the basis of geographical analysis, the global satellite internet market is segmented into five major regions including North America, Europe, Asia Pacific, Latin America and Middle East & Africa region. The market in the North America region is anticipated to gain the largest market share throughout the forecast period owing to the rising demand for internet access across the region, along with increasing adoption of advanced technologies. The population in the developed countries, such as, the US, and Canada is extensively tech-savvy, and highly dependent on online services. This surges the demand for high-speed internet, which, in turn, is estimated to boost the market growth. Moreover, government expenditure in the IT sector is increasing constantly, which is further anticipated to boost the regional market growth. The government IT expenditure in the U.S. crossed USD 86 billion in 2019, which is projected to cross USD 92 billion by the end of 2021. 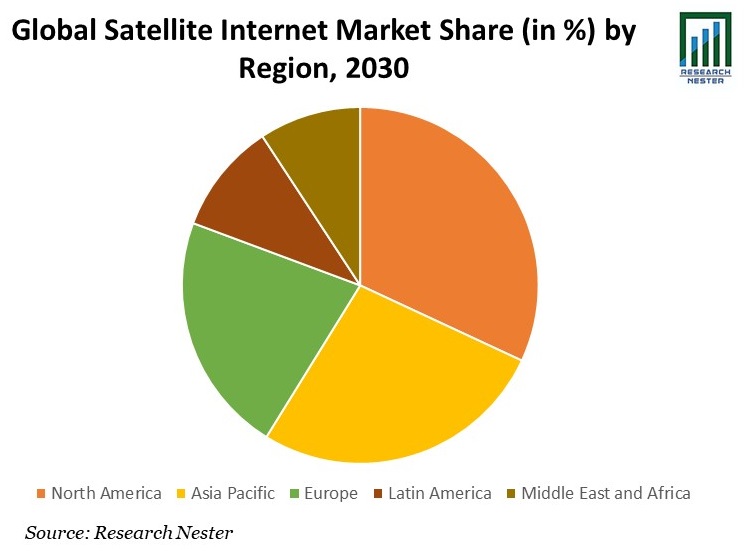 The global satellite internet market is further classified on the basis of region as follows:

Our in-depth analysis of the global satellite internet market includes the following segments:

What are the major factors driving the growth of the satellite internet market?

The growing penetration of internet services to boost the market growth.

What would be the CAGR of satellite internet market over the forecast period?

What are the challenges affecting the satellite internet market growth?

The increasing availability of low-cost alternatives is estimated to hamper the market growth.

Which region will provide more business opportunities for growth of satellite internet market in future?

The market in the North America region is estimated to provide most business opportunities over the forecast period, owing to the increasing demand for high-speed internet.

Who are the major players dominating the satellite internet market?

What are the segments in the satellite internet market?

The market is segmented by band type, end-user, and by region.

Which segment captures the largest market size in end-user segment in the satellite internet market?

The commercial segment is anticipated to hold largest market size over the forecast period and display significant growth opportunities.