Ever since 1950s, plastic production has risen over 200 times. Less than 1/5th of the plastic produced globallyis recycled. The majority is either burnt, dumped into water, or landfills. Since plastics are very durable, it can survive without breaking down for decades. Consequently, the plastics which are thrown away into the river or ocean contaminate the water which affects the aquatic lifecycle. This results in the killing of millions of marine animals every year.To reduce the ocean pollution caused by the plastics, it needs to be recycled into new innovative products that can be used further for different purposes.

The recycled ocean plastic market is anticipated to record a high CAGR over the forecast period, i.e., 2020-2028. This is attributed to the growing usage of plastics in the recent times coupled with the stringent government rules to regulate such waste.

The market is segmented by source, resin type, and by end-user out of which the end-user segment is further categorized into consumer products, building & construction products, packaging, automotive, healthcare, textiles, and others. The packaging segment is anticipated to hold the largest market sharein the global recycled ocean plastics market over the forecast period owing to rapid industrialization and increasing use of plastics to protect the product from harsh conditions.

On the basis of resin type, the market is segmented into polyethylene terephthalate, high-density polyethylene, low-density polyethylene, polypropylene, polystyrene, polyvinyl chloride, polycarbonate, polyurethane,and others. Presently, polyethylene terephthalate accounts for the majority of the market share and it will continue to hold a large share in the global recycled ocean plastic market during the forecast period owing to its extensive use in the manufacturing ofshoes, containers, luggage, and automobile parts, among others.

On the other hand, based on the source, plastic bottles areprojected to lead the global recycled ocean plastic market during the forecast period. This is attributed to its intensive applications in industries such as storing carbonated drinks, medicines, oils, and others. CLICK TO DOWNLOAD SAMPLE REPORT

It is imperative to note that on account of rapid industrialization and urbanization, the usage of plastic has increased manifolds, the ill effects of which are gradually emerging in the form of marine and land pollution. There are many companies that are providing a ray of hope in reducing the appalling effect of plastic wastes and thereby driving the growth of the global recycled ocean plastics market. These companies aim at recycling plastic and manufacturing commercial products which can be used by people in their daily lives. Some of the noteworthy companies/ brands such as Norton Point and Unifi are involved in making sunglasses by recycling ocean plastic, thereby generating employment, and contributing to sustainable living. Similarly, Adidas and Parley, the renowned companies have collaborated to create fancy yet functional sneakers from the ocean plastic.

One of the major factors contributing to marine litter is the accumulation of plastic wastes.Nearly 80 percent of ocean pollutants are derived from land-based sources, while the remaining 20 percent come from marine sources. 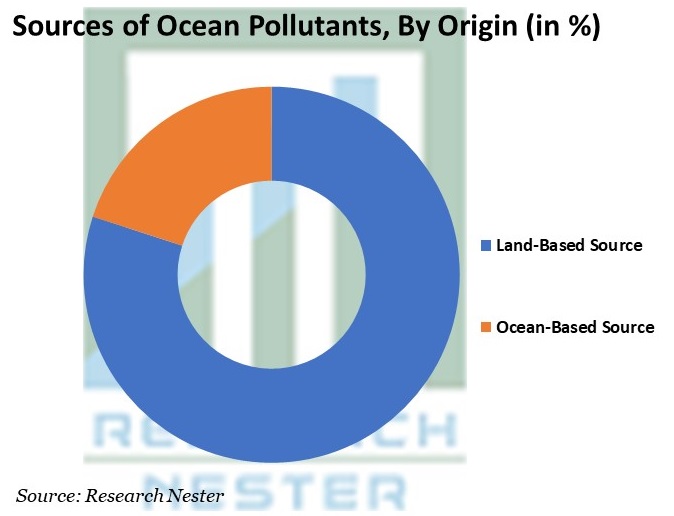 In order tominimize ocean plastic waste, several developed and developing nations have implemented numerous recycling programs. As a result, governments in various countries are adoptingnew policies and legislation to regulate the production of such waste, promote the re-use and recycling of plastic waste and thereby facilitating the growth of the global recycled ocean plastics market

As per environment experts, it has been predicted that by 2050 the production of plastic will increase by 3 times in comparison to the current plastic production. Since the majority of the plastic produced is not recycled, it ends up clogging the land and seabed. In recent times, it has been seen that many animals especially marine life are becoming endangered. Many aquatic animals such as whales, turtles, seahorse, and others die as a result of ingestion, entanglement, and choking caused by plastics present in the ocean. Thus, the increasing amountof plastic wastes and the concern to regulate the waste coupled with the high processing cost of such waste are some of the factors expected to restrain the growth of the global recycled ocean plastic market over the forecast period 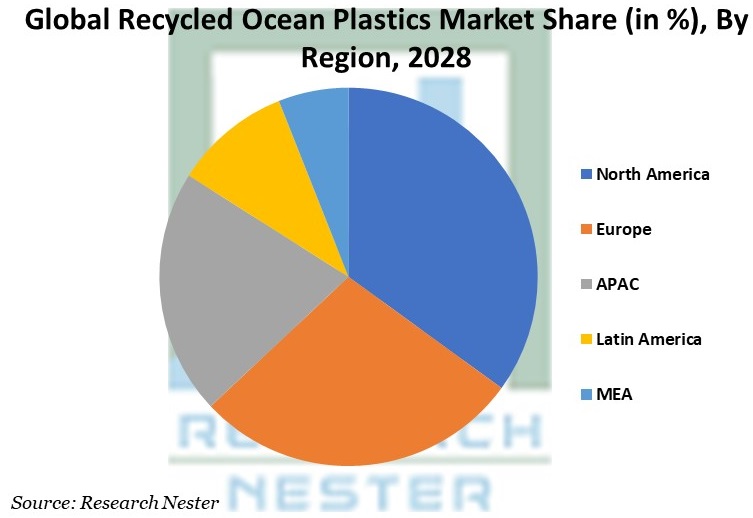