Quantum Cryptography refers to the science of performing cryptographic tasks by exploiting quantum mechanical properties. It involves application in the cyberspace security. The prime goal is to encrypt or decrypt information at the network level, in a way that can never be read by anyone than the intended recipient.

The key benefit of quantum cryptography technology is that information are stored in photons which are virtually impossible to decrypt. The technology promises unbreakable security, and allows the communicating users to detect any presence of third party in order to maintain complete secrecy for the message being transferred in the system.

The quantum cryptography technology is a breakthrough in the world of data security. It provides solutions to enterprises with aspect to data in rest and data in transit. Furthermore, next generation access control system for data protection, semiconductor solutions, cryptography solutions for machine to machine communication and others are some of the components provided in quantum computing.

Data consumption in the era of digitization has moved multifold. According to the estimates provided by International Telecommunication Union (ITU), by the end of the year 2018, 51.2% of the global population were using the internet.

Increased smartphone usage, deployment of IP and web security systems for government protocols, development of smart-cities, and other technological advancements; all of these factors have promoted to the ease of livelihood of people, but are also held responsible for increasing cybercrimes and cyber-attacks around the globe, therefore giving rise to the implementation of safe security practices, one of them being the quantum cryptography technology.

The market of quantum cryptography is observing vibrant growth on account of growing demand for safe security practices amongst cyber giants. Rising adoption of advanced technologies such as Internet of Things (IOT), cloud computing, and others are also held responsible for increasing cyber-attacks and cyber-crimes. Furthermore, growing demand for electronic payment systems adopted by banking institutions, and security transmission systems in government defense sectors, are some of the notable factors that are expected to boost the growth of the quantum cryptography market.

According to the statistics provided by National Payments Corporation of India (NPCI), electronic payment systems have grown from $1300.70 billion to $1,598.00 billion in between November 2016 and February 2018. 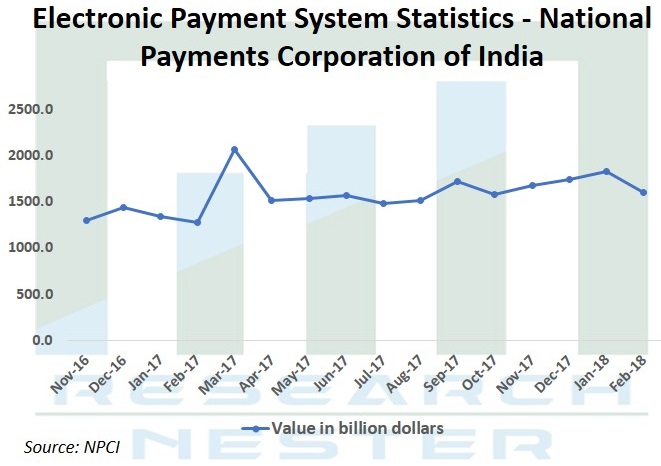 The market is anticipated to record a significant growth in CAGR throughout the forecast period, i.e. 2019-2027. The quantum cryptography market is segmented by application into application security, network security and database encryption, out of which, the network security application segment is anticipated to have largest market share on account of growing demand for data loss prevention, detection for abnormal network behavior, access control systems and web & wireless security among others. Furthermore, rising network traffic and generation of huge consumer data from e-commerce industry, are anticipated to fuel the growth of the segment.

According to the statistics provided by the United Nations Conference On Trade And Development (UNCTAD), global online shoppers grew from 1078 million in 2015 to 1342 million in 2017. 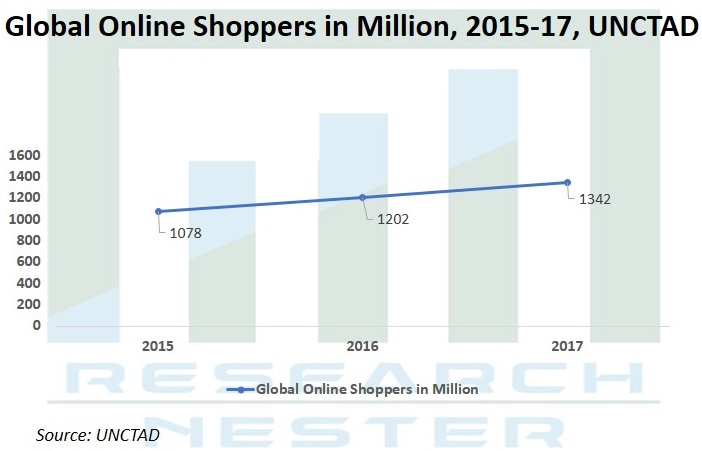 Need For Data Protection Arising From Cyber-attacks And Cyber-crimes

High speed internet access at reasonable rates is giving rise to growing data consumption among users. Various industries, especially the BFSI, Government and Defense, IT and Telecommunications, etc. have shifted their focus for collecting data digitally instead of following traditional platforms, which has helped the industry to store large number of data sets of the customers. Furthermore, deployment of networking systems on-premises or on-cloud have generated the need amongst enterprises for the surveillance of these network applications to block malicious activities that might cause threat or exploitation of the system via cyber-threats and cyber-attacks.

Growing online services promoted by various industry verticals is generating the need for secure access control systems. Monitoring user activities and keeping track of abnormal network behavior, all of these factors are inducing enterprises to deploy point-to-point security systems. Furthermore, increasing utilization of electronic payment systems in banks is requiring stringent analysis of the whole payment process, so as to prevent intrusion of threats into payment gateway systems, which is anticipated to support the growth of the quantum cryptography market throughout the forecast period. 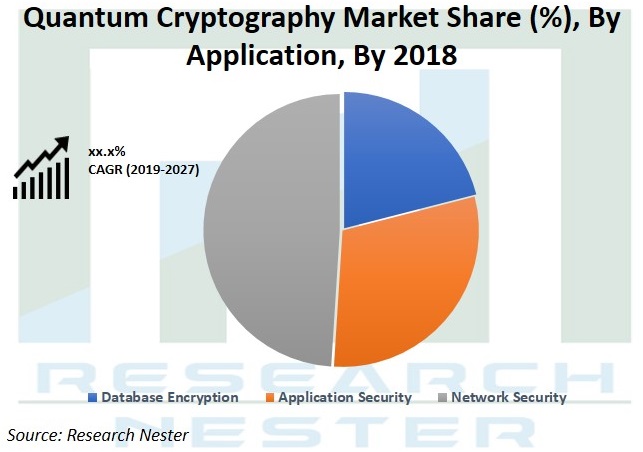 North America is expected to have largest market share on the back of rising demand for IT and cloud services, network communication advancements and rise in the number of cyber threats. According to the statistics provided by the World Trade Organization, telecommunication, computer and information services exports in North America grew from around 21 billion in 2005 to around 46 billion in 2017.

Further, Asia-Pacific is expected to gain significant market share on the back of growing data consumption for the digitization of various services by enterprises, and high penetration of smartphones. Moreover, China has shown rapid efforts in the field of quantum cryptography by developing the world’s first ever quantum communications satellite, “Micius”. According to the statistics provided by International Telecommunication Union (ITU), mobile cellular telephone subscriptions in Asia-Pacific grew from 833 million in 2005 to 4626 million in 2018.

The quantum cryptography market is further classified on the basis of region as follows: