The global power-to-gas market is estimated to garner a large amount of revenue by growing at a CAGR of ~10% over the forecast period, i.e., 2022 – 2030. Increase in emissions of greenhouse gases across the globe, and rising industrial and household usage of energy are expected to drive significant market growth in the forthcoming years. Furthermore, reduction in capital expenditure (CAPEX) costs for electrolysis process, and escalating number of initiatives to decline carbon foot print around the world are crucial factors projected to offer ample opportunities to the market in the near future. 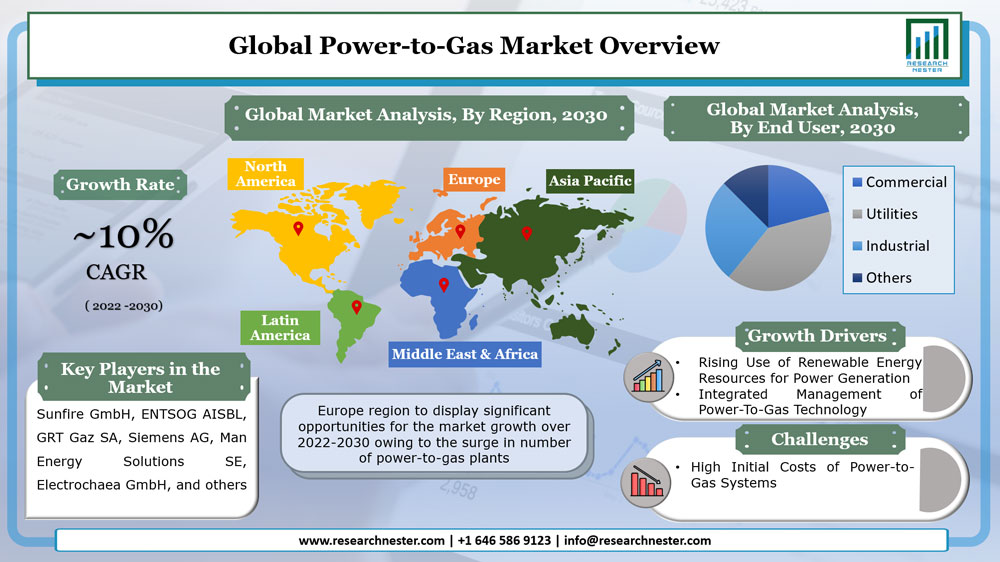 Along with these, the growth of the market can be attributed to the growing utilization of renewable energy resources for electricity generation, and integrated management of power-to-gas technology. According to the International Energy Agency, the share of wind energy in world electricity generation increased up to 6.7 percent in 2021, up from 5.9 percent and 5.3 percent in 2020 and 2019 respectively. 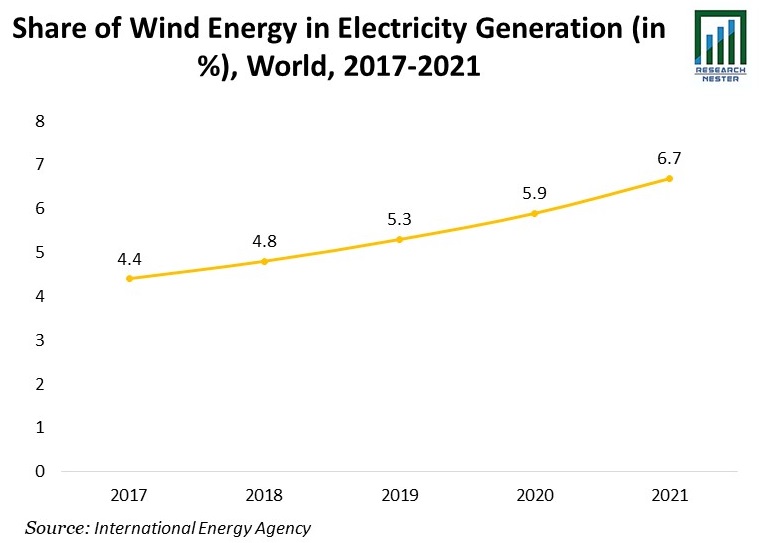 The market is segmented by end user into commercial, utilities, industrial, and others, out of which, the utilities segment is anticipated to hold the largest share in the global power-to-gas market. This can be accounted to the increasing initiatives in this industry to effectively produce hydrogen by the integration of intermittent renewable power sources. Additionally, on the basis of technology, the segment for electrolysis is assessed to witness the highest growth during the forecast period, which can be credited to the rising solar and wind energy generation, predicted to reduce the price for electrolysis process. Apart from this, dynamic operations provided by electrolysis is also evaluated to boost the market segment’s growth in the imminent time. CLICK TO DOWNLOAD SAMPLE REPORT

On the basis of geographical analysis, the global power-to-gas market is segmented into five major regions including North America, Europe, Asia Pacific, Latin America and the Middle East & Africa region. The market in Asia Pacific is estimated to witness modest growth over the forecast period on the back of the provision of incentives and subsidies such as special benefits in new car registration by the government in the region. Moreover, the market in Europe is projected to acquire the largest share during the forecast period owing to the increasing number of power-to-gas plants, especially in Germany, and high production of electric vehicles in the region. As per the data provided by Europe Environment Agency, about 550,000 units of electric cars were registered in Europe in 2019, up from 300,000 units in 2018. This represents an increase of 2 percent to 3.5 percent of the total car registrations in the time period. In addition, the technology plays a crucial role in stabilizing the energy supply in the region, which is another factor predicted to fuel the market progress of Europe in the coming years. 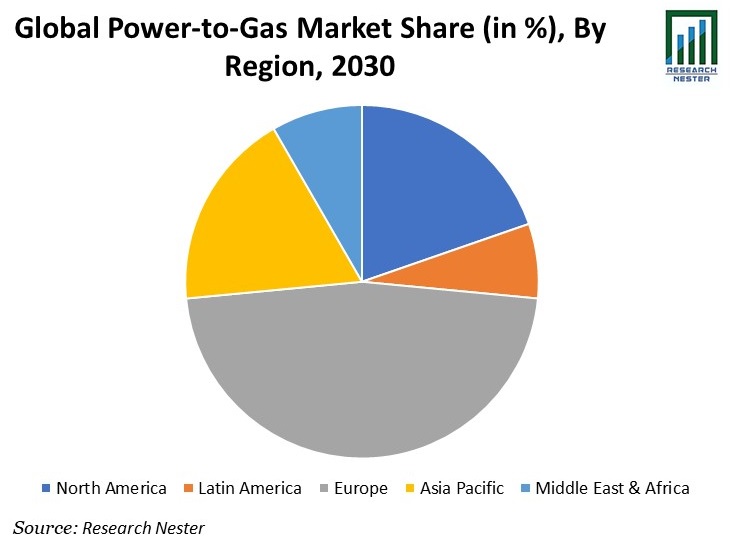 The global power-to-gas market is further classified on the basis of region as follows:

Our in-depth analysis of the global power-to-gas market includes the following segments:

What are the major factors driving the growth of the power-to-gas market?

What would be the CAGR of power-to-gas market over the forecast period?

What are the challenges affecting the power-to-gas market growth?

Which region will provide more business opportunities for growth of power-to-gas market in future?

Europe will provide more opportunities for market growth owing to the increasing number of power-to-gas plants, especially in Germany, and high production of electric vehicles in the region.

Who are the major players dominating the power-to-gas market?

What are the segments in the power-to-gas market?

The market is segmented by technology, end user, and by region.

Which segment captures the largest market size in the end user segment in the power-to-gas market?

The utilities segment is anticipated to hold largest market size and is estimated to grow at a notable CAGR over the forecast period and display significant growth opportunities.