Solar charger companies are collaborating to provide and expand their services in order to gain the competitive edge in the portable solar charger market. 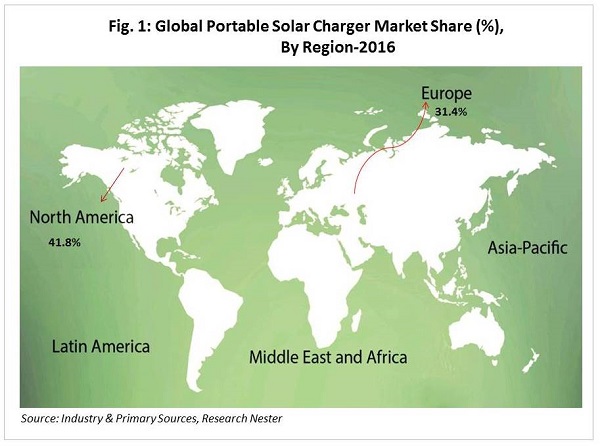 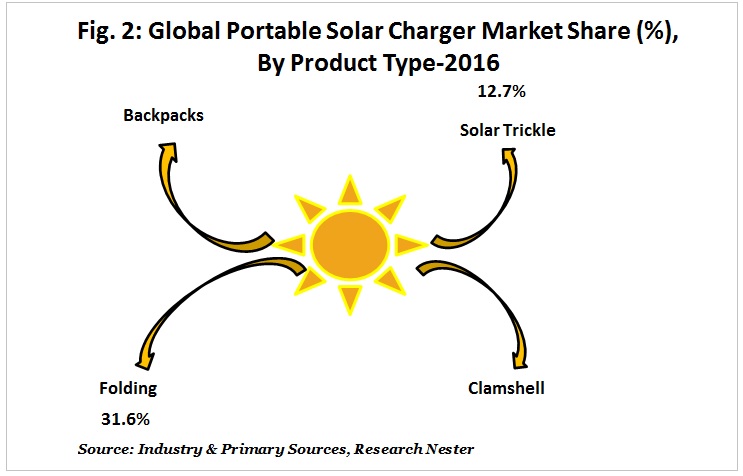 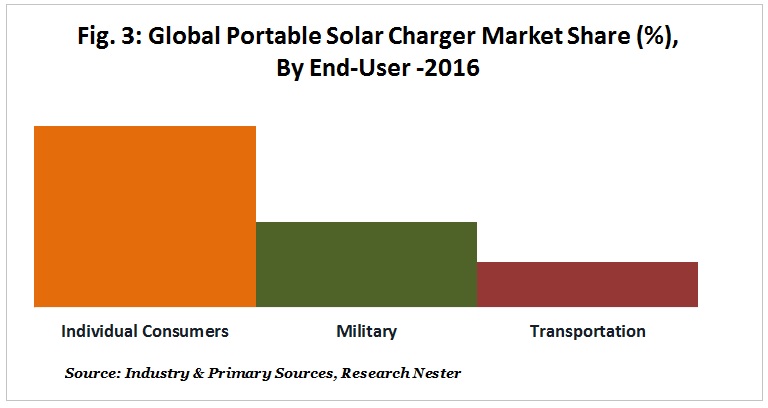 The global portable solar charger market is thriving on the back of rise in the need for portable renewable power products due to the growing demand for portable, convenient and time saving power products among the consumers. In addition to that, the recent technological developments & increased efficiency of solar chargers combined with environmental concerns such as reducing carbon emission and increasing consumer awareness are penetrating the market for solar powered products.Additionally, various government initiatives and rising consumer awareness regarding benefits of non-conventional energy resources are believed to aid the growth of the global portable solar charger market to in near future.

The low efficiency of the portable solar charger and its limitations for operating capacity are the major factors behind their slow adoption rate. Additionally, less disposable income along with lack of government initiatives and awareness in under-developed countries is believed to hinder the growth of the market.

Solio Inc., a U.S. based company specializing in designing and manufacturing of portable renewable energy products is engaged in the manufacturing of portable solar chargers, mobile phone accessories, and outdoor rechargeable products like headlamps, action cameras, water purifiers and GPS watches. In order to expand their business in UK, the company is partnered with Apple UK to sell their products in the UK region.Moreover, other key and niche players are working towards the expansion of product portfolio along with investing in high quality R&D to develop energy efficient and innovative technologies in order to gain competitive edge in the global portable solar charger market.