Further, the market generated a substantial amount in the year 2021. This growth in the global market is on the back of rising demand for phosphor screens in various industries such as electronics and healthcare. The increasing requirement and manufacture of electronic devices and other consumer electronics that display images with the help of phosphor screens are expected to expand the market size in the coming years. For instance, during the COVID-19 pandemic, the sales of computer and television sets crossed USD 20 Billion in the year 2021, up from about USD 160 Billion in the previous year. 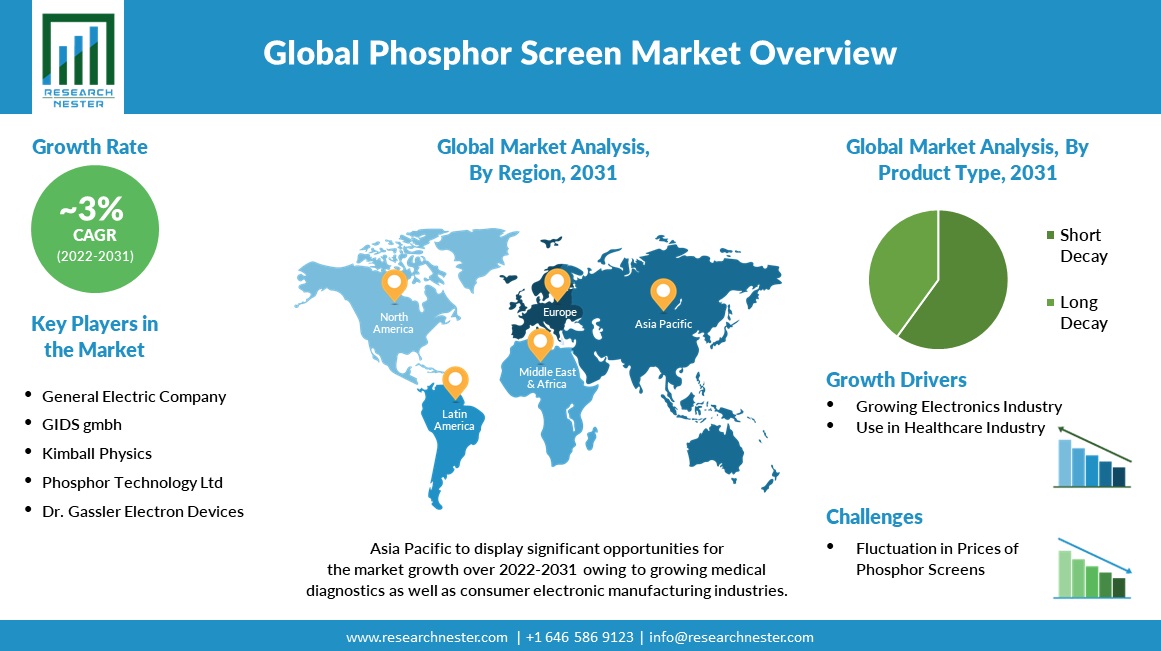 Phosphor screens find use in multiple applications such as televisions, oscilloscopes, X-ray machines, and body scanners. Additionally, the growing demand for these products, along with the upsurge in the use of intraoral phosphor screen scanners in veterinary healthcare is predicted to propel the global phosphor screen market. According to the statistics by the International Trade Center (ITC), the value of imports of oscilloscopes globally increased from USD 818399 Thousands in the year 2017 to USD 1072154 Thousands in the year 2021.

The global phosphor screen market is segmented and analyzed for demand and supply by application into telecommunication, healthcare electronics, consumer electronics, research & academia, scientific equipment manufacturing, and others. Of these sub-segments, the consumer electronics division is expected to exhibit rapid growth owing to the increasing demand for home electronics for private and daily use for a growing global population. Besides this, the telecommunication segment is projected to grow with a robust CAGR during the forecast period, backed by the rising spending on telecommunication services from different IT companies, which cumulatively reached about USD 1.3 Trillion in the year 2019.

Regionally, the global phosphor screen market is studied into five major regions including North America, Europe, Asia Pacific, Latin America and Middle East & Africa region. Amongst these markets, the market in Asia Pacific is projected to hold the largest market share by the end of 2031. This forecast is attributed to the growing medical diagnostics as well as consumer electronic manufacturing industries in developing countries in the region. For instance, China in Southeast Asia registered to be the leading exporter of computer devices with a value of over USD 30 Billion in the year 2019. 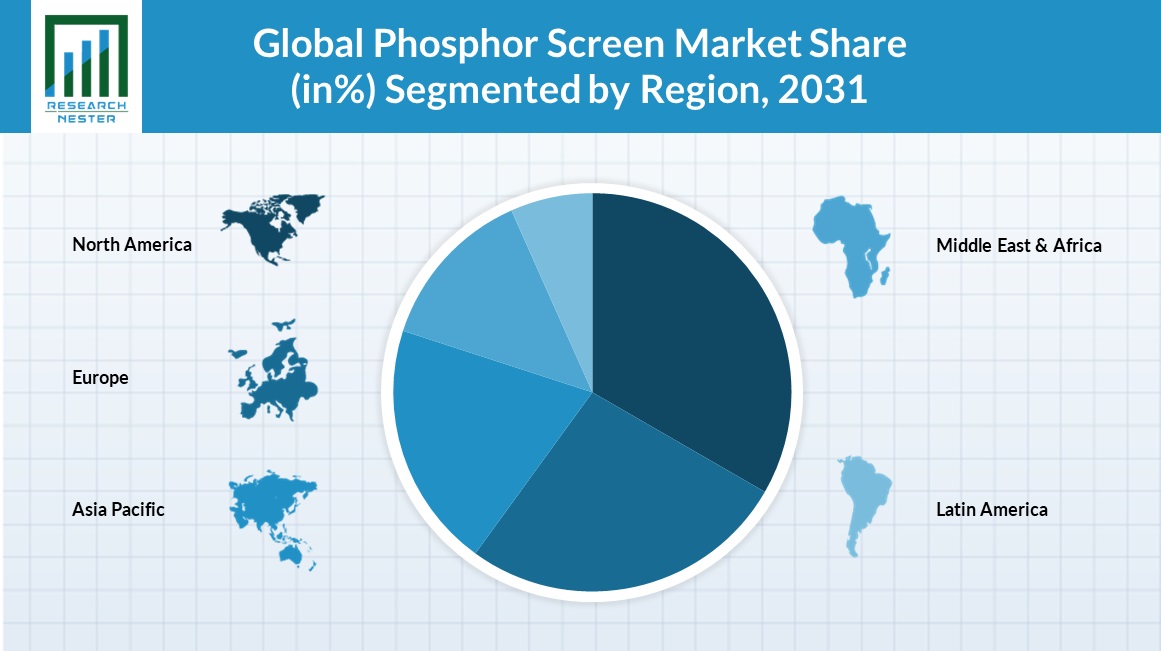 The global phosphor screen market is further classified on the basis of region as follows:

Our in-depth analysis of the global phosphor screen market includes the following segments:

What are the major factors driving the growth of the phosphor screen market?

The growing electronics industry, increased use in the healthcare industry as well as a rise in the number of medical conditions are some of the factors driving the growth of the market.

What would be the CAGR of phosphor screen market over the forecast period?

What are the challenges affecting the phosphor screen market growth?

Which region will provide more business opportunities for growth of phosphor screen market in future?

Who are the major players dominating the phosphor screen market?

What are the segments in the phosphor screen market?

The market is segmented by product type, application, and by region.

Which segment captures the largest market size in application segment in the phosphor screen market?

The consumer electronics sub-segment is anticipated to garner the largest market size by the end of 2031 and display significant growth opportunities.