With advancements in car technology, self-driving cars have found increased utilization of pedestrian detection systems. These systems work by the data collected by the cameras and sensors, which are processed by the electronic control unit (ECU) of the vehicle, and are then triggered to the systems, such as the brakes, headlights and others, either as a safety measure to avoid a collision or for a minimum post-collision effect. 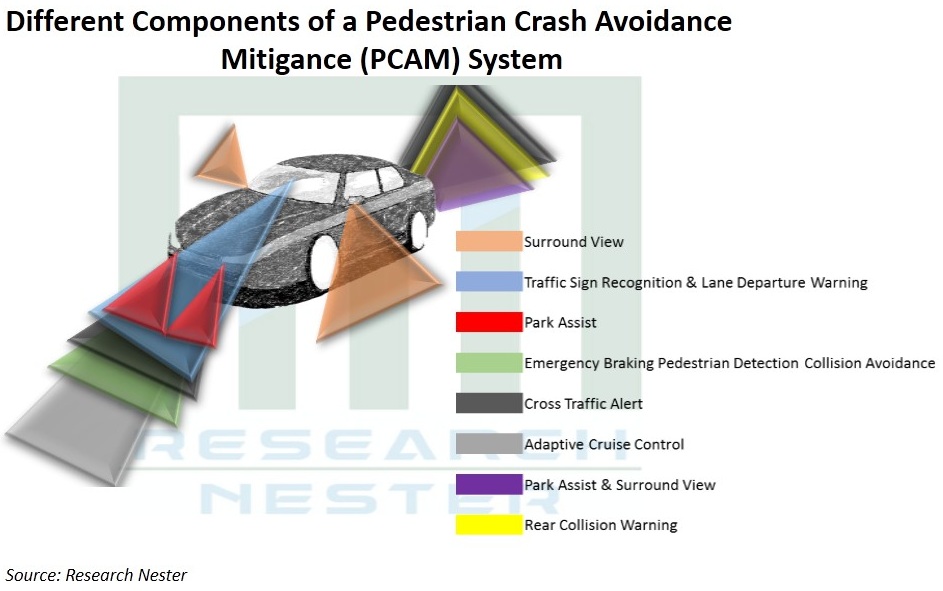 The pedestrian detection system market is observing vibrant growth on account of growing emphasis on the safety of passengers and pedestrians and the rising concerns for pedestrian and pedalcyclists fatalities in traffic or non-traffic incidents, for instance, pedestrian crossings, driveways, parking lots and private properties among others. According to National Highway Traffic Safety Administration (NHTSA), United States Department of Transportation, 6283 pedestrians were killed in traffic crashes in the year 2018, which was 3.4% additional change to 6075 pedestrians in the year 2017. CLICK TO DOWNLOAD SAMPLE REPORT 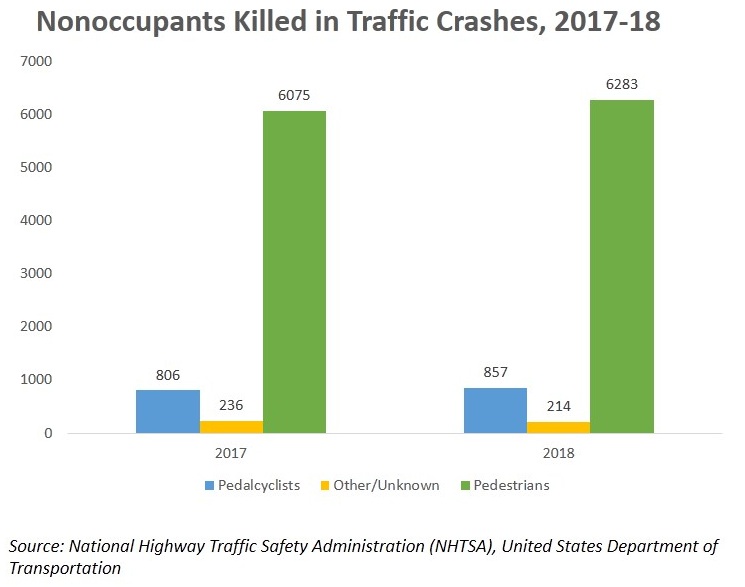 The market is anticipated to record a robust CAGR throughout the forecast period, i.e. 2019-2027. The pedestrian detection system market is segmented by component into sensors, cameras, radars, and others, out of which, sensors and cameras segment is anticipated to hold largest market share on account of rising demand for aftermarket pedestrian detection systems. Lack of pedestrian detection systems in mid-range and low-range passenger vehicles, there is a need amongst car drivers for safety alerts during driving. Additionally, rear parking sensors and cameras have found abundant utilization in mid-range and low-range vehicles owing to the growing trend for rear view systems, coupled with stringent norms by various developing economies, which is inducing OEMs as a mandate for all passenger vehicle categories. 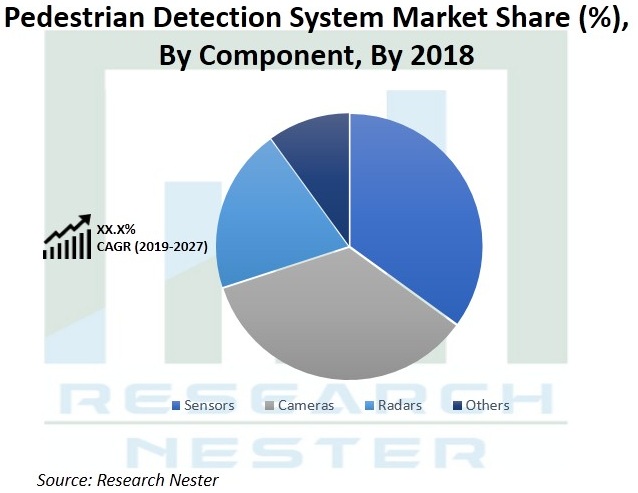 Growing concerns for increasing number of accidents, and the loss of lives and properties around the globe, is considered as one of the key factor which is estimated to drive the demand for pedestrian detection system market. Rising awareness amongst consumers for road safety, advanced safety features in vehicles, and technologies that can be adhered to, while purchasing a vehicle, all of these factors are expected to contribute significantly towards the growth of the pedestrian detection system market. According to another statistical report by NHTSA, in comparing the fatality composition of 2009 and 2018, the biggest change observed was in the growth of nonoccupant fatalities as a proportion of overall traffic fatalities, which increased from 14% in the year 2009 to 20% in 2018. 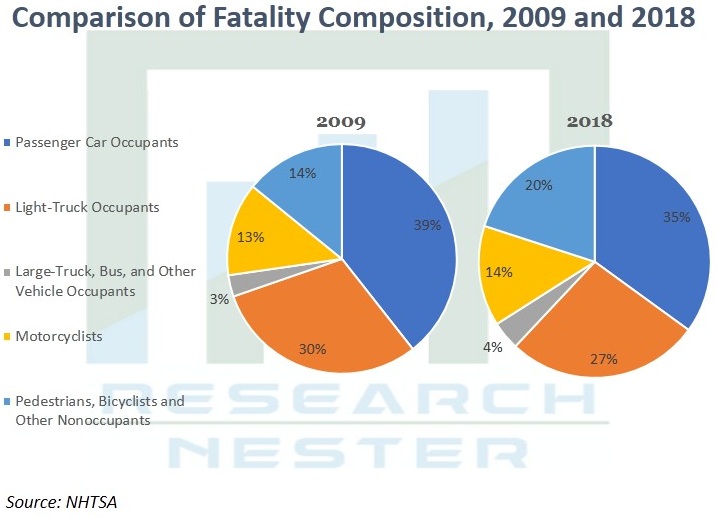 Growing Stringent Norms of the Government 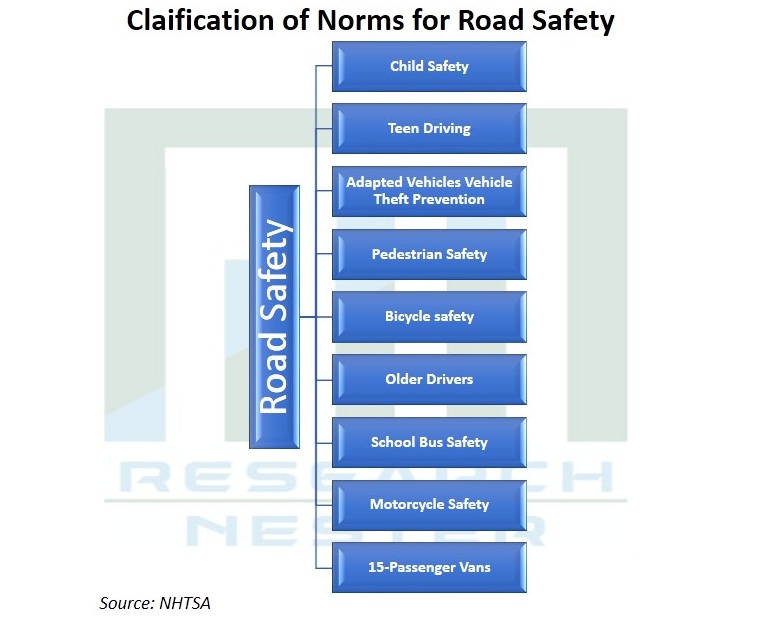 Additionally, NHTSA also promotes the safe use and manufacture of vehicle equipment for road safety, for instance, car seats and booster seats, driver assistance technologies, tires and others, coupled with additional safety tips for pedestrians. All of these factors are anticipated to support the growth of the pedestrian detection system market throughout the forecast period.

Our in-depth analysis of the pedestrian detection system market includes the following segments:

Europe is expected to hold significant market share on the back of stringent norms by the government to mandate implementation of safety equipment of the advanced driver-assistance systems (ADAS), so as to prevent or mitigate accidents. Additionally, adherence to the various safety regulations goals taken in line with “Vision Zero” initiatives, and increased focus of the government towards various other safety norms, all of these factors are anticipated to promote significantly towards the growth of the pedestrian detection system market in the region. According to the European Commission, in the year 2016, 21% of all fatalities on roads were pedestrians. Additionally, in numbers, around 5320 pedestrians were killed in road accidents in the EU in the same year. 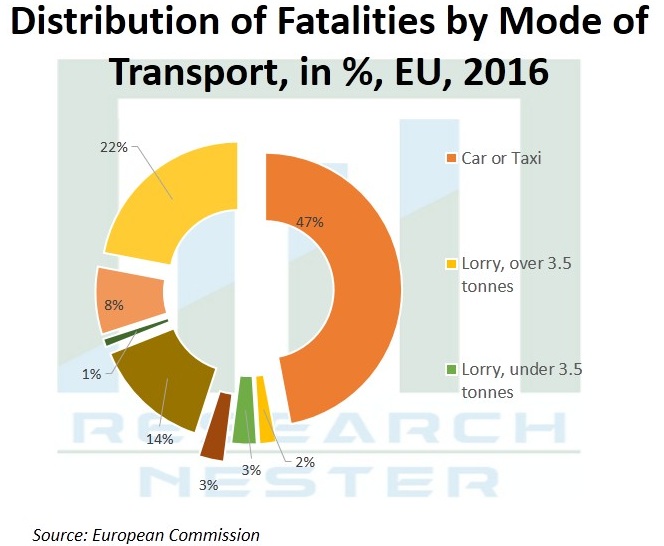 The pedestrian detection system market is further classified on the basis of region as follows:

What would be the CAGR of market over the forecast period?