The device works by detecting the signals and then converting them to electrical signals through an electrode, thereby transmitting the signals that would have otherwise escaped from the neural pathway. These electric signals are then converted into motor signals in order to facilitate physical actions. Prosthetic limbs can be easily controlled through output neuroprosthetics as they provide efficient sensors and a high precision during movement.

The global output neural prosthetics market is anticipated to record a significantly high CAGR over the forecast period i.e. 2019-2027. The market is segmented by stimulation technique, by application and by region, out of which, the stimulation technique segment is further segmented into deep brain stimulation, spinal cord stimulation, vagus nerve stimulation, sacral nerve stimulation and others, while the application segment is further segmented into physiological disorders, motor neuron disorders and cognitive disorders. The physiological disorders mainly include cardiovascular disorders, ophthalmic disorders, urology disorders and auditory disorders. Motor neuron disorders consist of diseases such as Parkinson’s disease and epilepsy, while cognitive disorders include paralysis and Alzheimer’s disease. According to the Alzheimer’s Association, Alzheimer’s disease is the 6th leading cause of death in the United States and this disease, along with other dementia, is responsible for the death of almost every 1 in 3 senior citizens in the country. 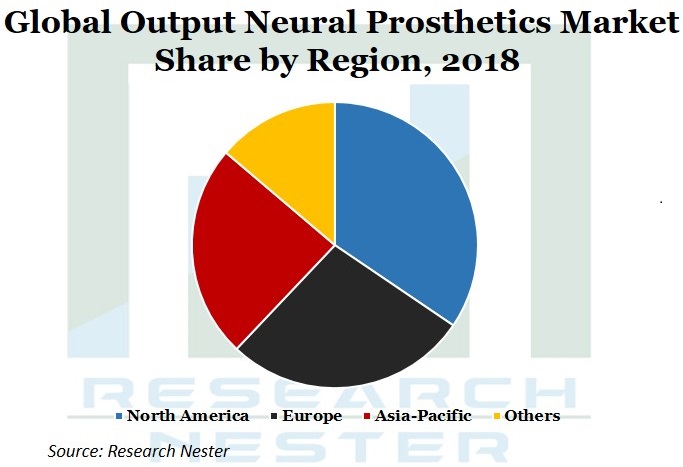 Increasing Adoption Of Motor Neuroprosthetics To Result In The Market Growth

The demand for motor neurostimulation techniques for assisting patients with Parkinson’s disease and epilepsy is growing substantially and is estimated to bring about rise in demand for output neural prosthetics. According to the National Institute of Health, an estimate of around 50,000 people in the United States are diagnosed with Parkinson’s disease every year. The rise in geriatric population can be attributed to this as a large number of people among the elderly population suffer from various brain diseases which require restoration of cognitive and motor capabilities through implantable brain-machine interfaces.

Rising number of brain disorders is another factor estimated to contribute towards the market growth. The deaths caused by Alzheimer’s disease in the United States increased to 145% between the years 2000 and 2017, according to the Alzheimer’s Association. Growing occurrence of neural disorders among people as a result of brain injuries, accidents or old age results in the need for prosthetic devices that can be controlled by brain and restore the functions.

The lack of advanced technology that is required to develop highly efficient neural prosthetic devices for generating motor signals is anticipated to be a major restraining factor for the market. However, various companies are working on the techniques in order to invent such devices and bring them into the market during the upcoming years.

The largest share in the global output neural prosthetics market is estimated to be held by the market in North America. This can be attributed to the technological advancements in healthcare sector and rising neurological disorders in the region. The market in Europe region is estimated to observe steady growth as a result of increased government initiatives for research and development during the forecast period. The highest rate of growth is anticipated to be observed by the market in Asia-Pacific on account of rising geriatric population in countries such as China and India and growing prevalence of central nervous system disorders in these countries.

The global output neural prosthetics market is further classified on the basis of region as follows: