Ethernet is the traditional technology which is used for the connection of the wired LAN and enables the device to communicate through a protocol. The ethernet is less vulnerable to the disruptions caused by the physical barriers and also radio wave interference. The advantage of using ethernet is that is uses physical cabling which makes difficult for the any stranger to access the network data.

Managed ethernet are used in the industries as it is designed to work in the harsh environmental conditions for the automation or the process control. For instance, the advent of the fiber-optic ethernet reduces the problems associated with the noise and it also provides electrical segregation.

The growing technology development coupled with the advent of the cloud computing and big data. Additionally, the penetration of the internet across the globe is anticipated to boost the growth of the overall managed ethernet switches market during the forecast period.

“The advent of the ethernet physical layer uses the twisted pair of the fiber optic physical media interfaces which has speeds ranging from 10 Mbit/sec to 100 Gbit/sec and it expanded to 400 Gbit/sec.” 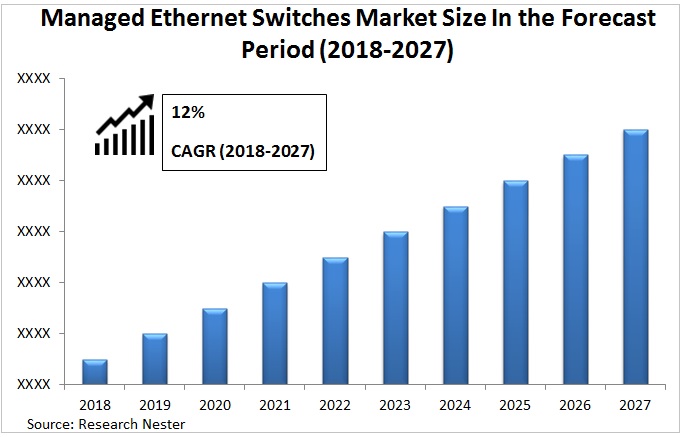 On the basis of applications, it is sub-segmented into rail and intelligent transportation systems, factory and industrial automation, oil and gas, marine and mining and outdoor applications.CLICK TO DOWNLOAD FREE SAMPLE

Computing and artificial intelligence is increasing the penetration of the internet in the various industries. Various organizations are focusing on the deployment of the new application software. This is expected to increase the demand for the enhanced administrative setup and data management in the IT industry.

Widespread expansion of IT industry

The rapidly expanding IT industry across the globe is anticipated to increase the demand for the ethernet switches. This is anticipated to boost the growth of the overall ethernet switches market. For instance, the total subscription of the fixed broadband subscriptions has increased from 1005 million in 2017 to 1075 million in 2018. Additionally, the increase in cellular subscriptions has also witnessed increase from 7814 in 2017 to 8160 in 2018. 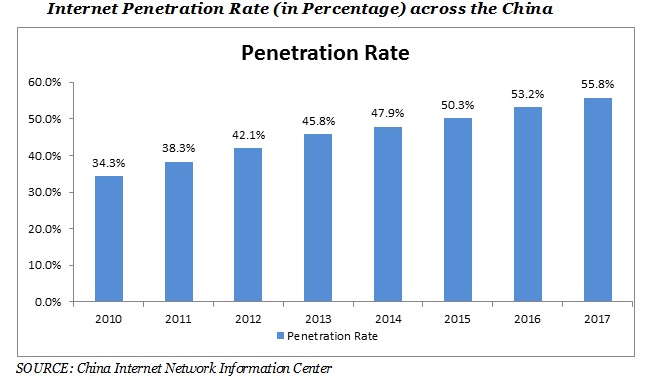 Global managed ethernet switches market is further classified on the basis of region as follows: