Lithium thionyl chloride battery are referred to all those primary battery types which have a lithium metal anode and thionyl chloride (SOCL2) as active cathode. Primary batteries are referred to all those batteries, which are non-rechargeable. These type of battery has the highest specific capacity and specific energy in all practical chemical power sources. Lithium thionyl chloride battery is widely used as a new energy system in electronic devices owing to greater operating temperature range, i.e. around -60°C to +85°C, high energy density, i.e. around 650wh/kg and 1280wh/dm3, and low self-discharge rate, i.e. ≤1% per year at 20°C. 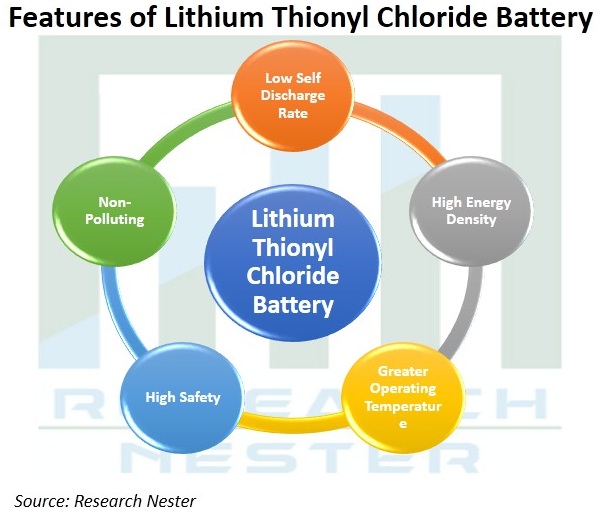 The chemical reaction that goes inside the lithium thionyl chloride battery is shown below:

The lithium thionyl chloride battery market is observing vibrant growth on account of increasing sales of hand held or wireless devices that run on primary battery as a power source, for instance, utility metering devices, tracking devices and others, added with the rising research and developments for primary battery technology. Additionally, growing demand for utilization of primary lithium battery types in numerous devices is also contributing significantly towards the growth of the market. According to Battery Association of Japan, primary lithium battery sales in Japan grew from 866 million units in 2012 to 989 million units in 2017. CLICK TO DOWNLOAD SAMPLE REPORT 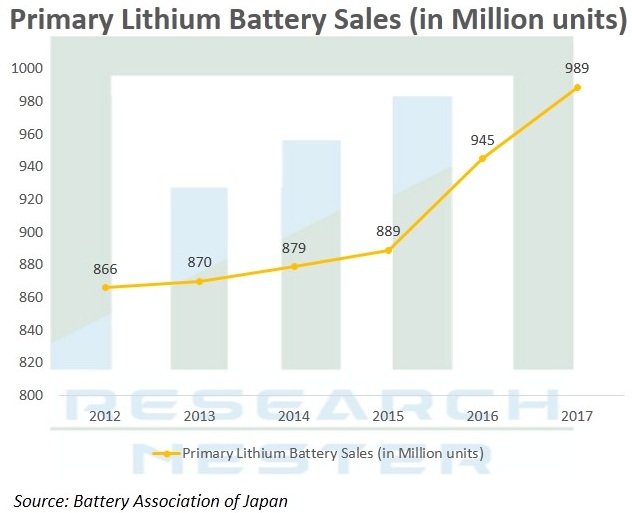 The market is anticipated to record robust CAGR throughout the forecast period, i.e. 2019-2027. The lithium thionyl chloride battery market is segmented by type into bobbin cylindrical, spiral and hybrid cells, out of which, bobbin cells segment is anticipated to hold largest market share on account of the battery’s ability to provide a balance of energy and power. Additionally, bobbin cells provides advanced level of customization based on the need of the organization, which adds as an added advantage to the battery segment. 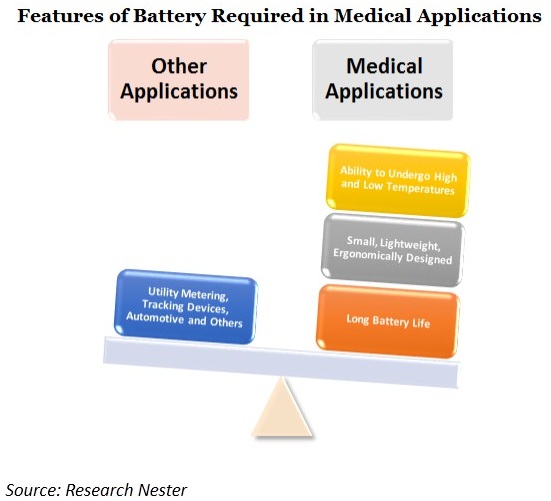 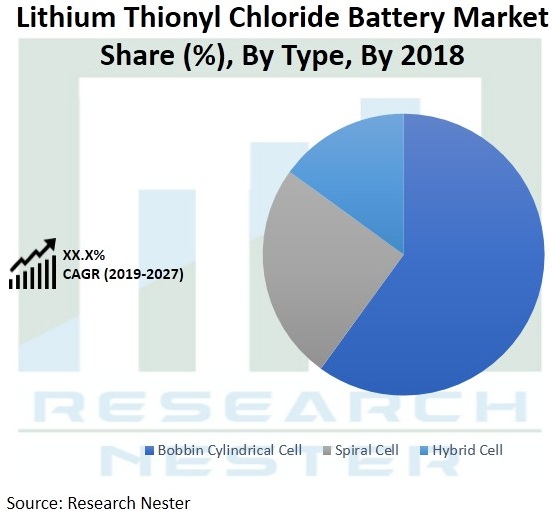 Lithium thionyl chloride batteries find ample applications in varied devices. Growing deployment of devices, such as electronic meters, gas meters, medical instruments, and others, and the development of new devices, which need primary lithium batteries as a power source, is anticipated to contribute significantly towards the growth of the lithium thionyl chloride battery market. According to Department of Business, Energy & Industrial Strategy, Government of United Kingdom, stated that the number of domestic and non-domestic meters installed by large and small energy suppliers for total of gas and electricity, increased from 535,160 units in 2014 to 5,063,313 units in 2018. 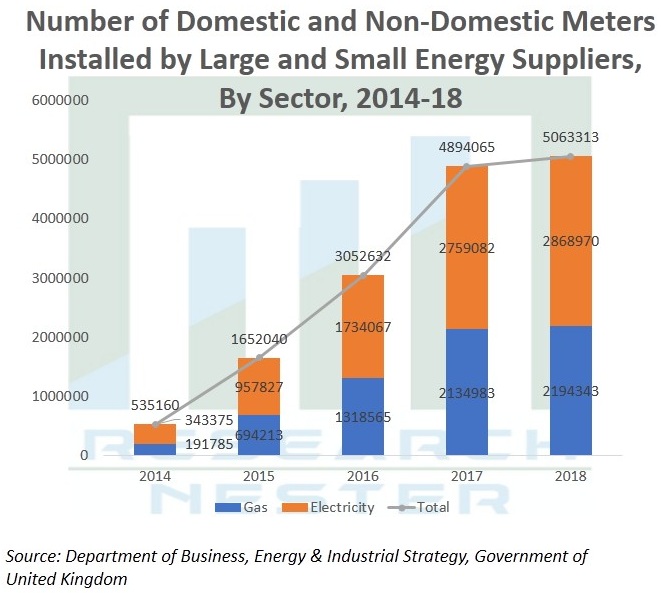 There is a growing need amongst device manufacturers to utilize batteries which meet the battery standards, such as, UN/DOT 38.3 and the UL 2054 battery standards. For instance, UN/DOT 38.3 refers to the recommendations on the transportation of dangerous goods, and UL 2054 refers to the standard for household and commercial batteries. Lithium thionyl chloride batteries are amongst all those battery types which meet these standards. Growing demand for such battery, owing to greater safety standards of the battery type, is anticipated to contribute significantly towards the growth of the lithium thionyl chloride battery market over the forecast period.

Limitations Of Being A Primary Battery

North America is expected to hold significant market share on the back of presence of numerous manufacturers of lithium thionyl chloride battery, coupled with growing advancements in medical, energy and other sectors, where there is a rising need for such battery types. According to the International Trade Administration (ITA), U.S. Department of Commerce, United States remains the largest medical device market in the world during the year 2017.

The lithium thionyl chloride battery market is further classified on the basis of region as follows: