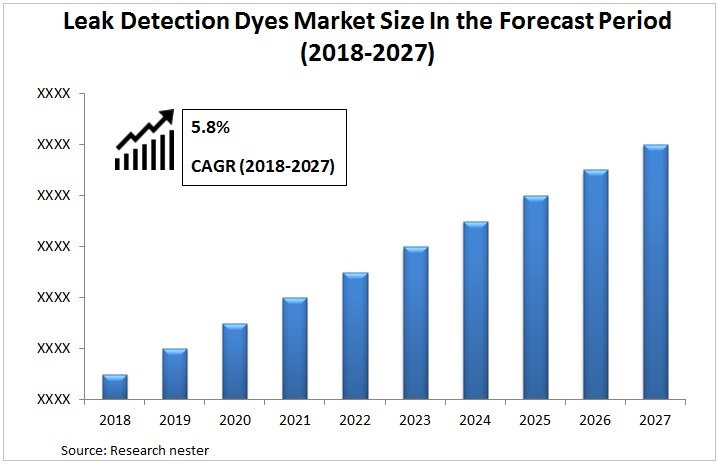 Global Leak Detection Dyes Market is further classified on the basis of region as follows:

However, chemical leak detection dyes can be potentially toxic when used in consumer equipment such as air conditioners, refrigerators and others, which is estimated to lower the adoption rate of chemically originated leak detection dyes across the globe. Furthermore, uranine is a widely used leak detection dye which leaves color traces on the system which makes the cleaning part difficult.