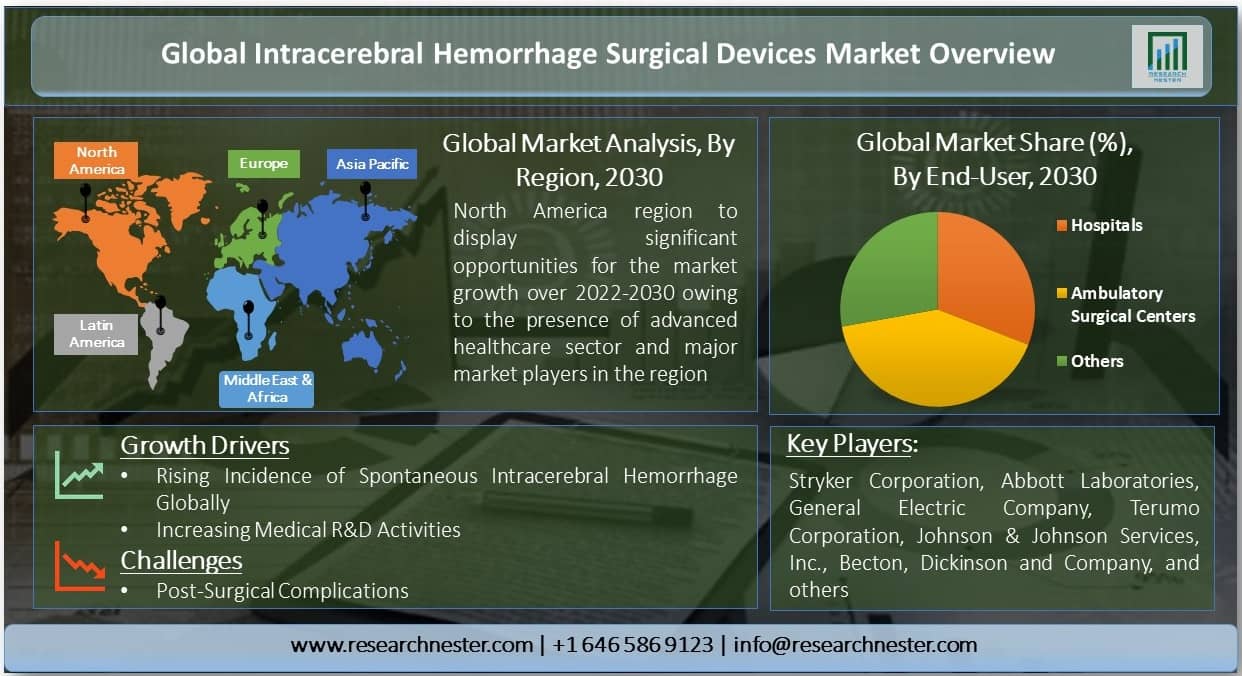 The global intracerebral hemorrhage surgical devices market is segmented by surgery type into open craniotomy, decompressive craniectomy, neuro endoscopy, and others, out of which, the open craniotomy segment is anticipated to hold the notable share in the market during the forecast period as it is the most studied and performed surgery. Although open craniotomy has a lot of exposure to brain cells, benefits, such as, rapid recovery time and less tissue scarring, make it the most common surgery for intracerebral hemorrhage.

Regionally, the global intracerebral hemorrhage surgical devices market is segmented into five major regions including North America, Europe, Asia Pacific, Latin America and Middle East & Africa region. The market in North America region is estimated to garner largest share over the forecast period on the back of rising healthcare expenditure and investment in R&D activities, along with the presence of major market players in the region. Moreover, adoption of advanced health technology in the countries, such as, U.S. and Canada are estimated to further boost the market growth.

The market in the Asia Pacific region is estimated to witness highest CAGR over the forecast period owing to increasing geriatric population, advancing healthcare system, and rising individual disposable income is developing economies. According to the data by the World Bank, the population above 65 years of age in India crossed 90,719,952 in 2020, while, it crossed 167,808,567 in China. This is estimated to boost the market growth. 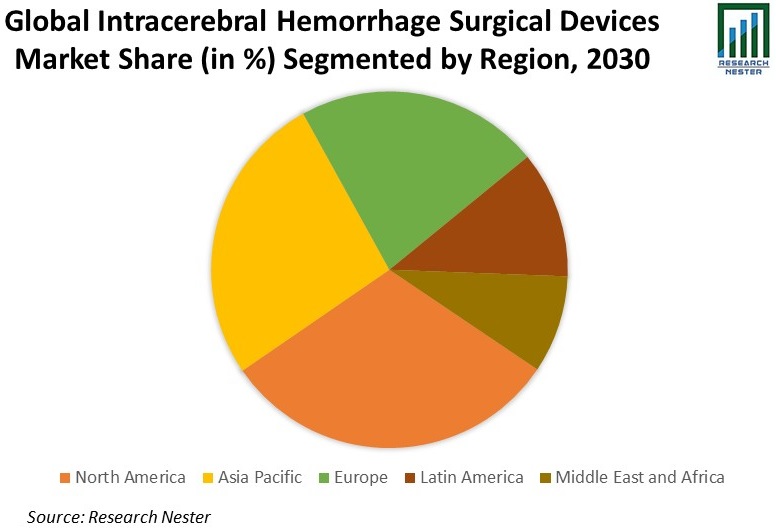 The global intracerebral hemorrhage surgical devices market is further classified on the basis of region as follows:

1) What are the major factors driving the growth of the intracerebral hemorrhage surgical devices market?

2) What would be the CAGR of intracerebral hemorrhage surgical devices market over the forecast period?

3) What are the challenges affecting the intracerebral hemorrhage surgical devices market growth?

Ans: High cost of treatment and post-surgical complications are the major factors estimated to hamper the market growth.

Ans: The market in the North America is estimated to provide most growth opportunities owing to the high healthcare expenditure and R&D activities in the region during the forecast period.

5) Who are the major players dominating the intracerebral hemorrhage surgical devices market?

7) What are the segments in the intracerebral hemorrhage surgical devices market?

Ans: The market is segmented by surgery type, end-user, and by region.

8) Which segment captures the largest market size in the end-user segment in the market?

Ans: The ambulatory surgical centers segment is anticipated to hold largest market size on the back of focused and specific treatment facilities.