Extensive insights into the Growth of Hydrocodone Market amidst COVID-19

·    January, 2018: The U.S. Food and Drug Administration announced the change in safety labelling for cough and cold medications which contain codeine or hydrocodone. The consumption of these drugs will be restricted or limited for pediatric use.

The global hydrocodone market is estimated to grow at a moderate CAGR over the forecast period, i.e., 2022 – 2030. The growth of the market can be attributed to the increasing application of hydrocodone in manufacturing drugs, which include, pain killers, paracetamol, cough suppressants, and others. Hydrocodone is an opioid, meaning, it is derived from natural opium, which is why, it is a controlled drug. The growing usage of hydrocodone-based drugs to relieve pain in medical conditions, such as, cancer, arthritis, and surgeries, among others, is estimated to boost the market growth. Moreover, the rising prevalence of cancer across the globe, is further estimated to boost the market growth. According to the data by the World Health Organization (WHO), over 10 million people died due to cancer in 2020. 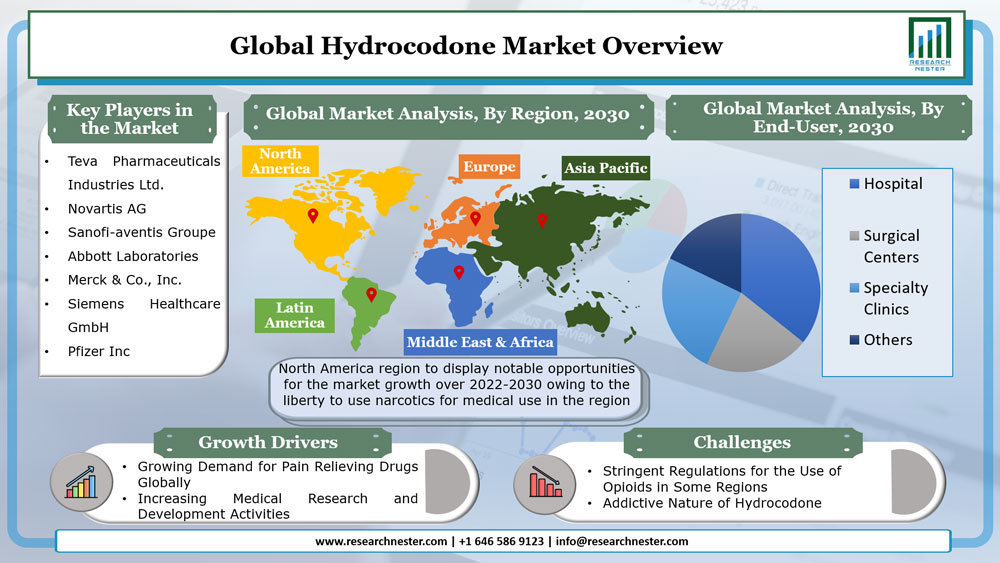 Moreover, the growing R&D activities, for the development of new drugs, is estimated to boost the market growth. In addition to this, the increasing investment in the field of medical research by pharmaceutical companies, is projected to propel the market growth. According to the World Bank data, 2.204% of the global GDP was spent for R&D activities in 2018. 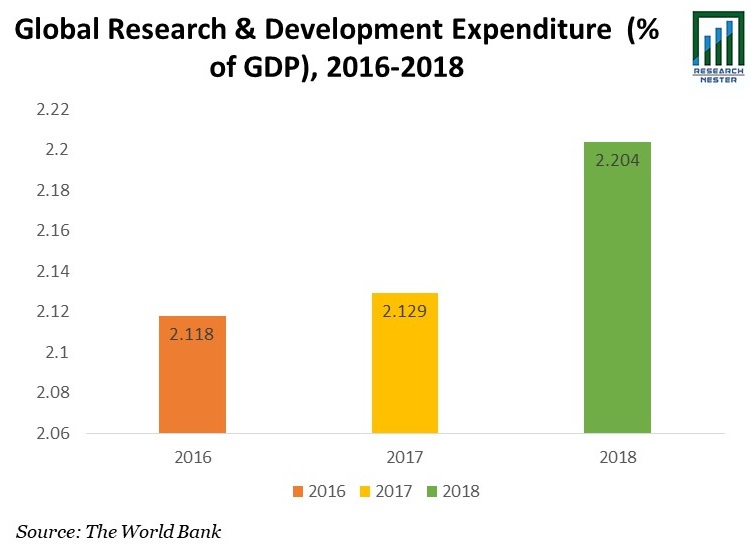 The market is segmented by application into pain relief, cough treatment, and others, out of which, the pain relief segment is anticipated to hold the notable share in the global hydrocodone market over the forecast period on account of its analgesic effect on brain and spinal cord. Hydrocodone is prescribed for moderate-to-severe pain, depending on the drug combination. Such factors are estimated to boost the segment growth. CLICK TO DOWNLOAD SAMPLE REPORT

On the basis of geographical analysis, the global hydrocodone market is segmented into five major regions including North America, Europe, Asia Pacific, Latin America and Middle East & Africa region. The market in the Europe region is estimated to witness modest growth over the forecast period on the back of advancements in the healthcare sector, backed by rising healthcare expenditure across the region. Moreover, the increasing investment in the medical research is estimated to further propel the market growth.

The market in the North America region is anticipated to gain the largest market share throughout the forecast period owing to the rising cases of arthritis and other diseases, which requires pain killer drugs. According to the data by the Center for Disease Control and Prevention (CDC), about 58.5 million people, which is 23.7% of the total population in the United States, have doctor-diagnosed arthritis. Moreover, the liberty to research with narcotics for medicinal use, in developed countries, is anticipated to propel the market growth. 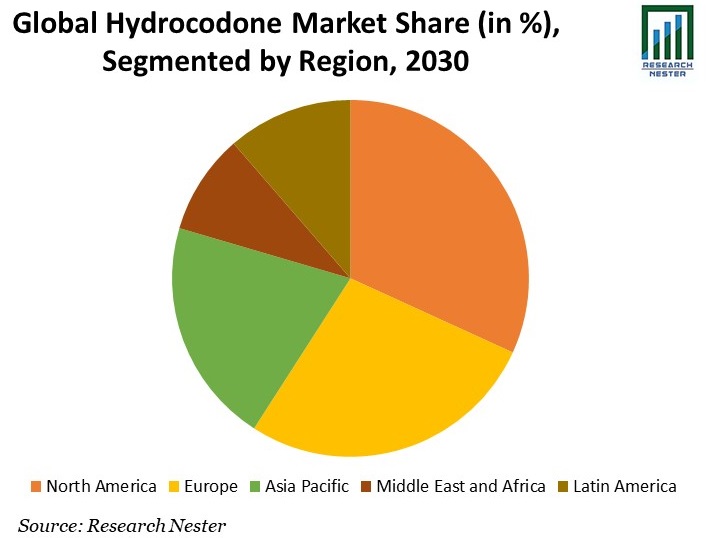 The global hydrocodone market is further classified on the basis of region as follows:

Our in-depth analysis of the global hydrocodone market includes the following segments:

What are the major factors driving the growth of the hydrocodone market?

The growing demand for hydrocodone-based painkillers is estimated to boost the market growth.

What would be the CAGR of hydrocodone market over the forecast period?

What are the challenges affecting the hydrocodone market growth?

Regulations regarding the use of narcotics, and the addictive nature of opioids, are estimated to hamper the market growth.

Which region will provide more business opportunities for growth of hydrocodone market in future?

The market in the North America region is estimated to provide more business opportunities over the forecast period, owing to the favorable policies for research involving narcotics for medical use.

Who are the major players dominating the hydrocodone market?

What are the segments in the hydrocodone market?

The market is segmented by application, end-user, and by region.

Which segment captures the largest market size in application segment in the hydrocodone market?

The pain relief segment is anticipated to hold largest market size over the forecast period and display significant growth opportunities.