Healthy snacks are referred to all those forms of snacks which are rich in vitamins, low saturated fat, and have low sugar and sodium content. These snacks, like any other snack form, can be consumed in-between meals, and are available in variety of forms, which include packaged snack foods and other processed foods. 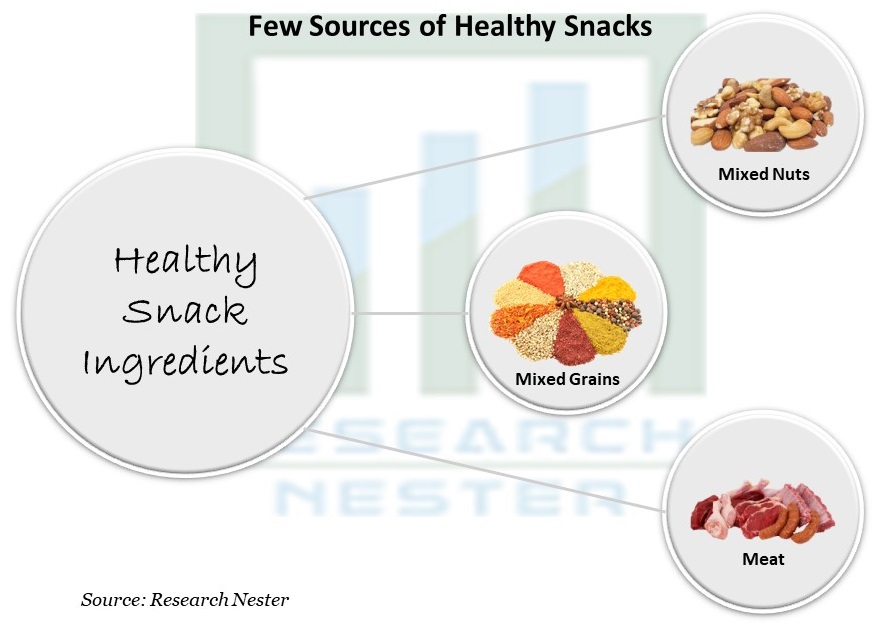 According to the World Health Organization (WHO), obesity around the globe has nearly tripled since 1975. Moreover, more than 1.9 billion adults were reported to be overweight, out of which over 650 million were obese. According to the National Diabetes Statistics Report (2017) of the Centers for Disease Control and Prevention (CDC), U.S. Department of Health & Human Services, 30.3 million people in the U.S. or around 9.4% of the U.S. population have diabetes. Moreover, the WHO estimated that around 1.6 million deaths in the year 2016 were directly caused by diabetes.

The global healthy snacks market is observing vibrant growth on account of growing concerns for health diseases amongst the rising population around the globe. Unhealthy food habits and bad lifestyle amongst the population is leading to higher risk of obesity, depression, digestive issues, heart disease & stroke, type 2 diabetes, cancer and most importantly early death. Owing to such a factor, people are shifting their focus towards healthy snacking, which is anticipated to drive the growth of the global healthy snacks market. CLICK TO DOWNLOAD SAMPLE REPORT

The market is anticipated to record a CAGR of around 5.21% throughout the forecast period, 2019-2027. The global healthy snacks market is segmented by distribution channel into hypermarkets, supermarkets, specialty stores, online stores and convenience stores, out of which, online stores segment is anticipated to hold the largest market share on the back of rise in the number of individuals using the internet, which is also impacting the consumer buying behavior. With businesses having their 360-degree presence, consumers are shifting towards online shopping. According to United Nations Conference on Trade and Development (UNCTAD), online shoppers globally increased from 1078 million in the year 2015 to 1342 million in the year 2017. Moreover, according to The World Bank, individuals using the internet in USA increased from 71.40% of global population in the year 2013 to 87.27% of global population in the year 2017. 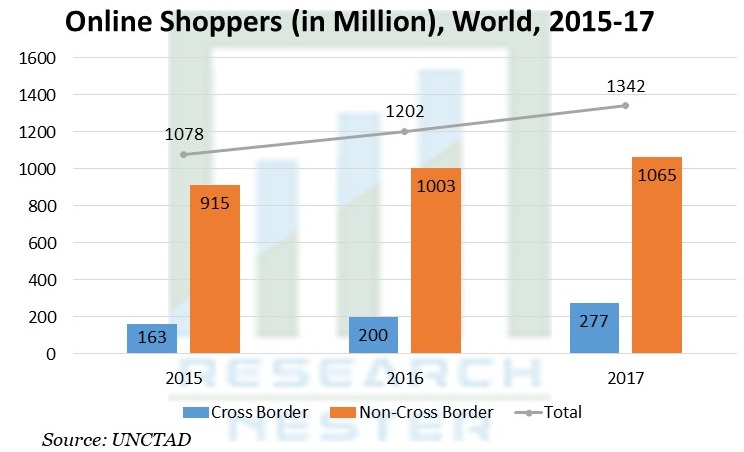 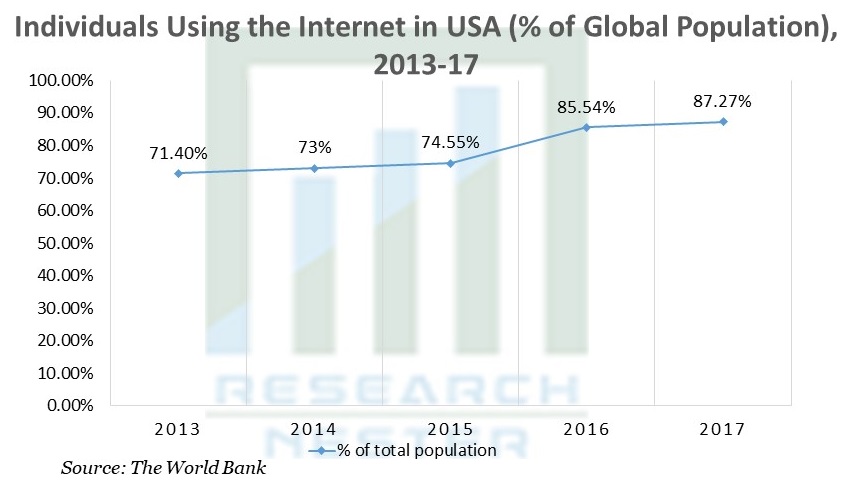 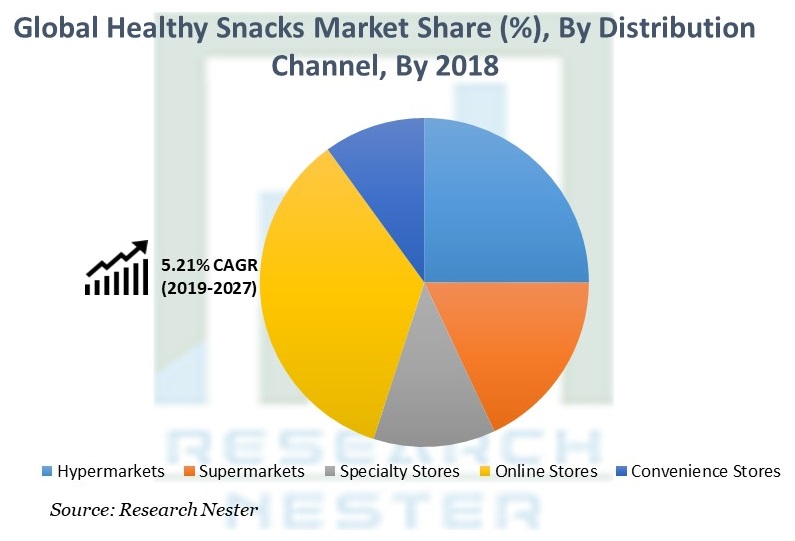 Consumers around the globe are shifting their preferences for the food they eat. Owing to rising concerns for health diseases worldwide and the rising awareness by health organizations of various economies globally, consumers are preferring for food products that are tasty, healthy and have low or no side-effects, for instance, on-the-go breakfast cereals, dry yogurt, liquid breakfast products, probiotics dietary supplements, nutrition for infants, and others. All of these factors are raising the demand for healthy foods, one such being in the healthy snacks segment, which is inducing food manufacturers in providing healthy foods which has controlled nutritional value and are easily consumable by consumers. In a study by the WHO, the WHO Member States have agreed to reduce salt intake by 30% by 2025 for the global population. Furthermore, they have also agreed to stop the rise in diabetes, obesity in adults, adolescents and overweight in children by the year 2025. 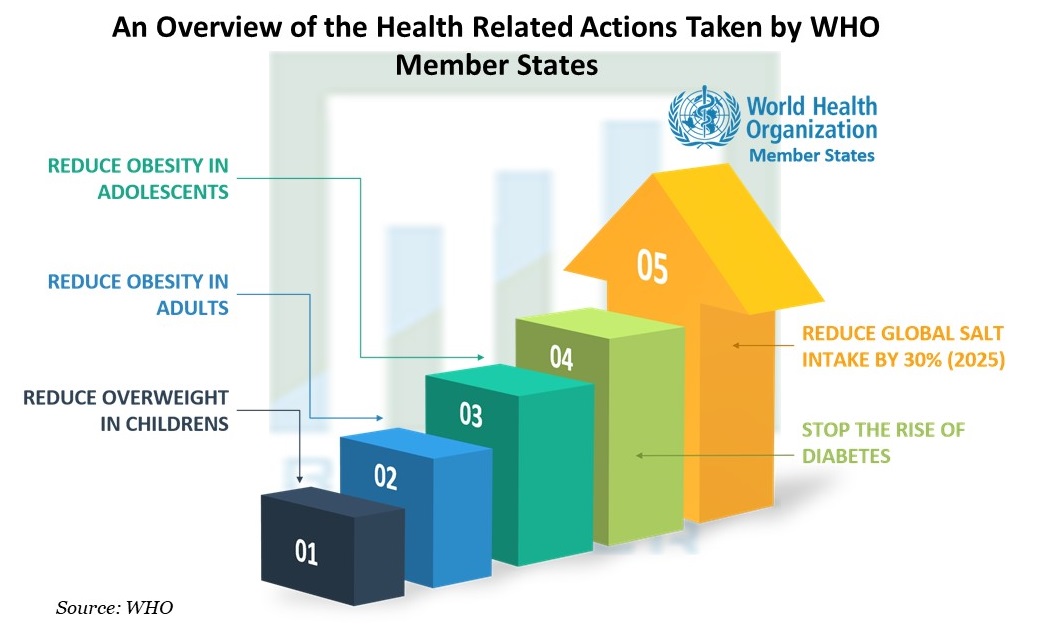 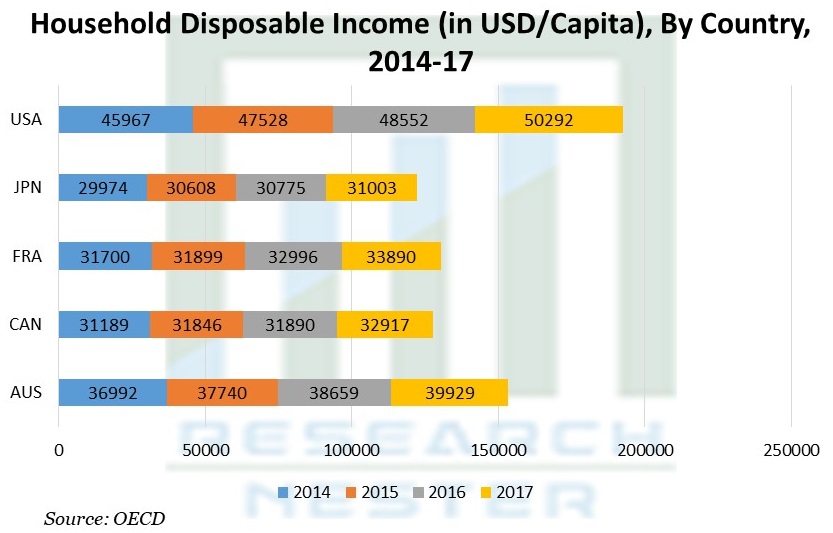 Manufacturing of healthy snacks is dependent on the availability of agricultural raw ingredients. Frequent fluctuations in the price of these raw materials raises the cost of the end product, which is anticipated to hamper significantly towards the growth of the market. Moreover, strict regulatory norms for segmenting the food product under the healthy food category is anticipated to restrict the growth of the global healthy snack market.

Our in-depth analysis of the global healthy snack market includes the following segments:

North America is expected to hold significant market share on the back of preference for the consumption of snacks as an alternative for regular meals. Furthermore, concern for health and preference for healthy substitutes is raising the demand for products which are not just limited to its availability in different forms and flavors, but also are available with attractive packaging. Moreover, existing players are promoting their products by providing larger discounts, thereby luring greater number of consumers shift to their products. Such a factor is also anticipated to raise the consumption of healthy snacks amongst the consumers in the region. All of these factors are expected to contribute significantly towards the growth of the healthy snacks market in the region.

The global healthy snacks market is further classified on the basis of region as follows: