The global glue dispenser market is estimated to garner a notable revenue by the end of 2031 by growing at a CAGR of ~5% over the forecast period, i.e., 2022 – 2031. Further, the market generated a noteworthy revenue in the year 2021. The primary growth factor is the expansion of the manufacturing line, owing to its wide range of applications, such as holding industrial glue and hot glue. As per recent estimates, in 2022, the revenue garnered by the manufacturing industry of the United States region amounted to approximately USD 6 trillion. 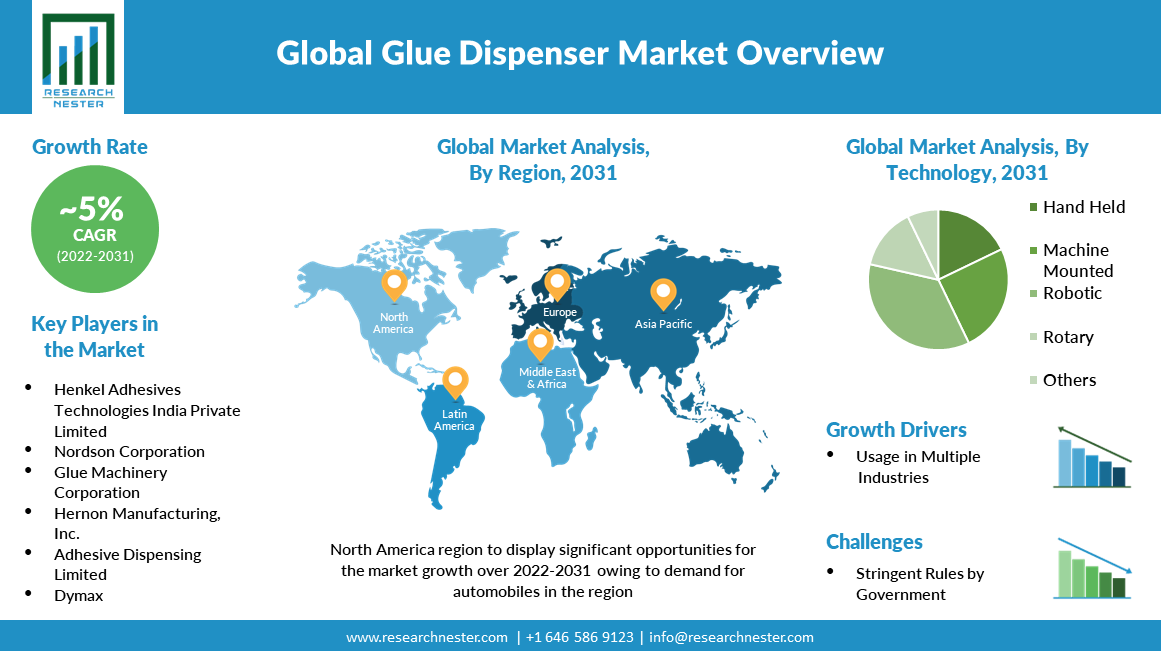 The glue dispenser market is segmented and analyzed for demand and supply by application into automotive, packaging, electronics, construction, lamination, textile, and others. Out of these, automotive segment is expected to garner the highest revenue by 2031. The primary growth of the segment is a result of the rising demand for automobiles by the population. The International Organization of Motor Vehicles released the data that shows the total production of vehicles in the world was 80,145,988 units in 2021, a rise from 77,711,725 units in 2020. Whereas, the total sales were calculated to be 82,684,788 units in 2021, a rise from 78,774,320 in 2020.

Regionally, the global glue dispenser market is studied into five major regions including North America, Europe, Asia Pacific, Latin America and Middle East & Africa region. Amongst these, the market in North America is projected to hold the largest market share by the end of 2031, owing to expansion of end-use industries such as automotive, construction, manufacturing and others. As per the International Organization of Motor Vehicles stated that in America in 2021, the sales of automobiles accounted to be 22,001,152 units and the production in the same region stood up at 16,151,639 units at the same time frame. 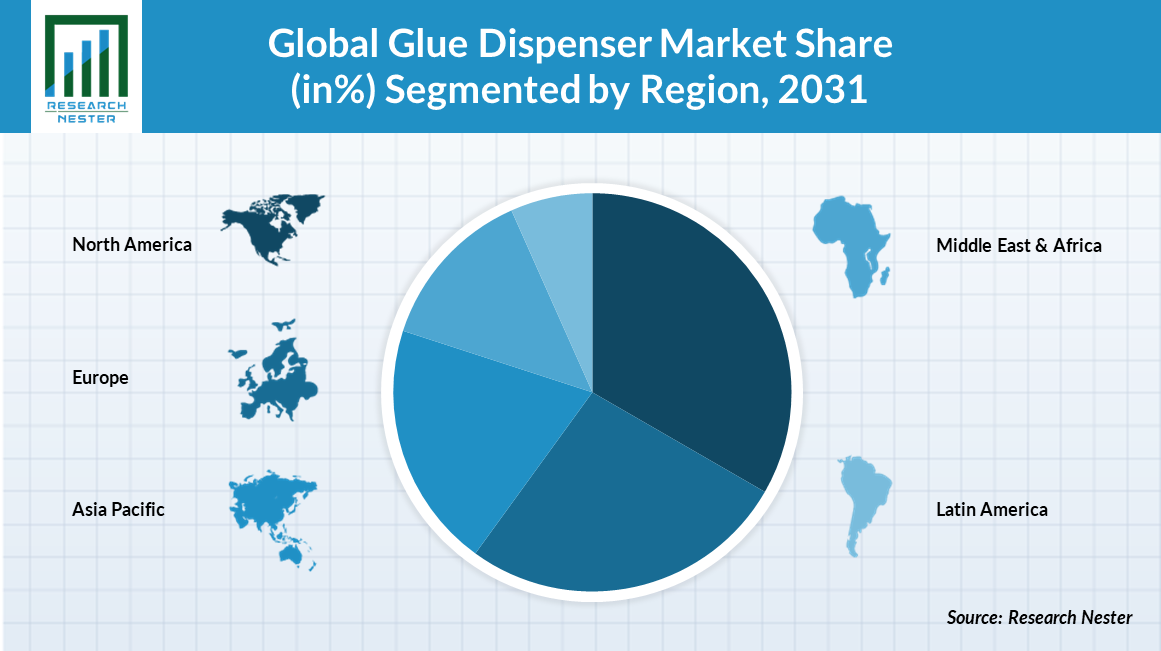 The global glue dispenser market is further classified on the basis of region as follows:

Our in-depth analysis of the global glue dispenser market includes the following segments:

What are the major factors driving the growth of the glue dispenser market?

The high adoption rate of glue dispenser in various end-use industries such as construction, manufacturing, packaging and automotive is expected to propel the market growth.

What would be the CAGR of glue dispenser market over the forecast period?

What are the challenges affecting the glue dispenser market growth?

The stringent rules by the government along with the lack of regulatory policies and additional expenses in various stages are expected to hamper market growth in the forecast period.

Which region will provide more business opportunities for growth of glue dispenser market in future?

Who are the major players dominating the glue dispenser market?

What are the segments in the glue dispenser market?

The market is segmented by technology, application, and by region.

Which segment captures the largest market size in application in the glue dispenser market?

The automotive segment is anticipated to garner the largest market size by the end of 2031 and display significant growth opportunities.