The growth of the global fluorescent pigments market is thriving on the back of the growing research and development activities for the innovation and production of high-performance pigments which has helped significantly to develop pigments with characteristics bearing resistance to light, heat, organic solvents, humidity and others, coupled with the growing application of fluorescent pigments in the medical industry. Fluorescent pigments are used as markers for performing several microbiological activities in the healthcare industry. As such, it is widely used in agriculture, medical, biology or biochemistry labs.

Further, Germany, U.K., France and Italy are some of the prominent countries that are driving the growth of the Europe fluorescent pigments market, where Germany accounted for the largest market share of around 22% in the year 2018. Additionally, the market in the nation is expected to cross a value of around USD 110 million by the end of 2027 by registering a CAGR of around 6% throughout the forecast period. On the other hand, France is anticipated to grow with the highest CAGR of around 7% over the forecast period. 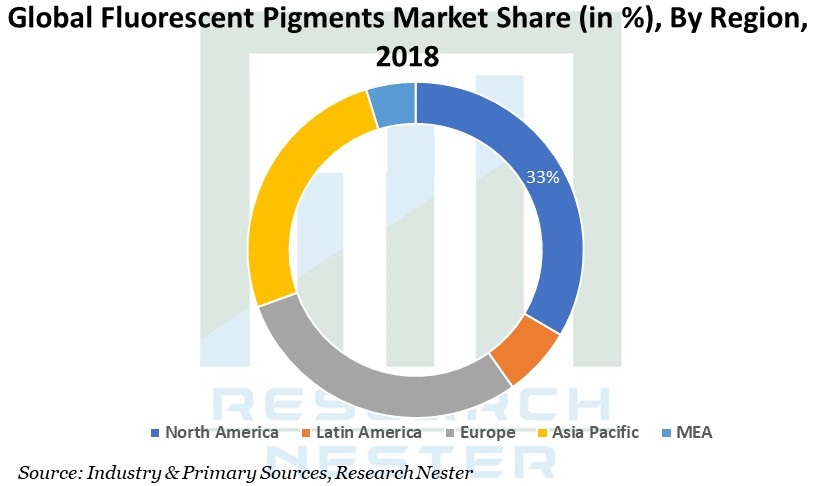 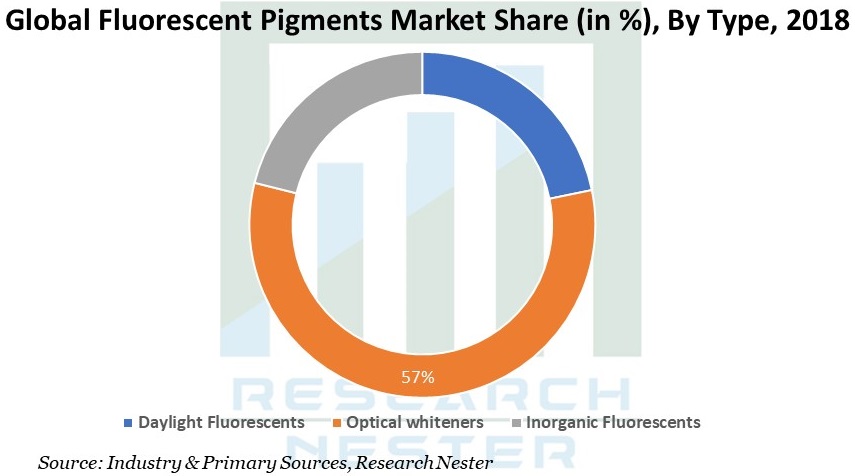 Presence of stringent regulatory norms across several nations for the marketing of these pigments especially for food coloring or any other chemical effect that can be harmful in nature are some of the factors anticipated to impact negatively towards the growth of the global fluorescent pigments market.

1) What are the major factors driving the growth of the Fluorescent Pigment market?

Ans: Increasing demand for fluorescent pigments from the end user industries along with development in 3D printing technology are some of the major factors that are driving the growth of the market.

2) What would be the CAGR of Fluorescent Pigment market over the forecast period?

4) Which region will provide more business opportunities for growth of Fluorescent Pigment market in future?

5) Who are the major players dominating the Fluorescent Pigment market?

7) What are the major segments in the global fluorescent pigments market?

Ans: The market is majorly segmented by type, application, pigment state and by region.

8) What can be the significant growth opportunity for the type segment in the global fluorescent pigments market?

Ans: The optical whiteners segment, which is a sub-segment of the type segment, held the largest market share of around 57% in the year 2018 and is anticipated to show significant growth opportunity.

Ans: Growing stringent norms across nations around the world is one of the major factors anticipated to act as a barrier towards the growth of the global fluorescent pigments market.