Mycotoxins are referred to the toxic secondary metabolites that are produced by several fungus species. They are known to cause diseases and even death in humans and animals. Mycotoxicosis, a term given for the side-effects of ingesting the toxic substances in mycotoxin infected food, is also known for causing several detrimental effects in organisms. The process to counteract or destroy the toxic substances present in animal feed and prevent the feed from contamination is referred to as the feed mycotoxin detoxifiers. The mycotoxin detoxifiers act on several commonly known mycotoxins that affect animals, such as aflatoxin, trichothecenes, zearalenone and others.

The global feed mycotoxin detoxifiers market is thriving on the back of growing demand for animal feed worldwide and the rising animal feed industry, along with the increasing concern for the ill-effects of health of living organisms affected by the consumption of toxic food, and the rising awareness amongst the end users for the benefits associated with the utilization of mycotoxin detoxifiers. According to the International Feed Industry Federation (IFIF), global compound feed production in the year 2018 constituted to 1.085 billion tonnes annually and the commercial feed manufacturing industry generated an estimated annual turnover of around USD 400 billion. 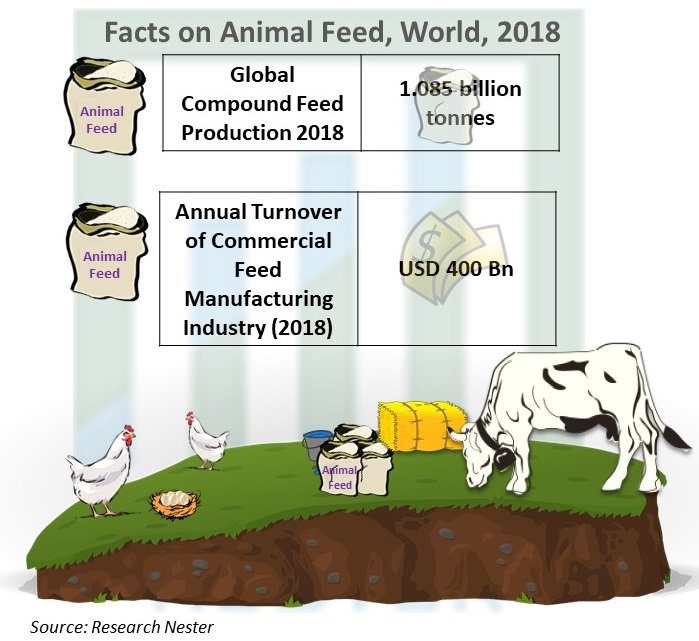 The global feed mycotoxin detoxifiers market is anticipated to record a CAGR of around 3% throughout the forecast period, i.e. 2020-2028. The market is segmented by product type into binders and bio-transformers, out of which, the binders segment is anticipated to hold the largest market share on the back of longer shelf life of binders as well as they are easily available. Binders are commercialized on a large scale as they are not affected by different climatic conditions. As a result, they come cheaper in comparison to other mycotoxin detoxifiers and are also preferred for use in all climatic conditions by the end users. CLICK TO DOWNLOAD SAMPLE REPORT 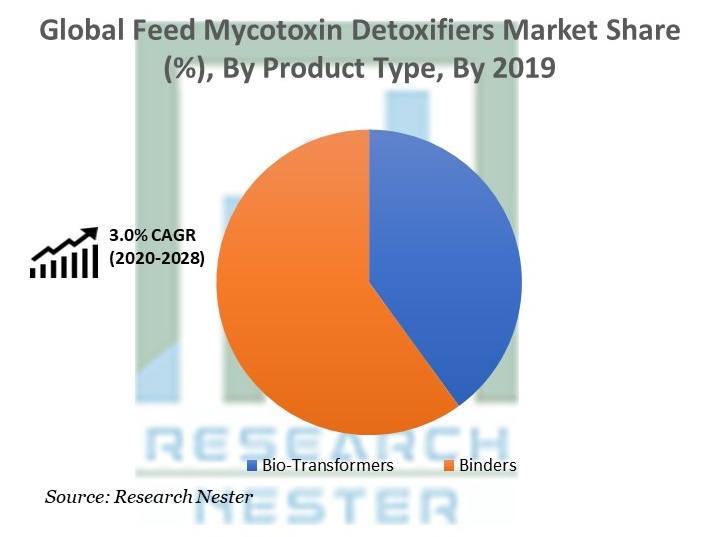 Increasing Population Worldwide and the Growing Concern for Food Security 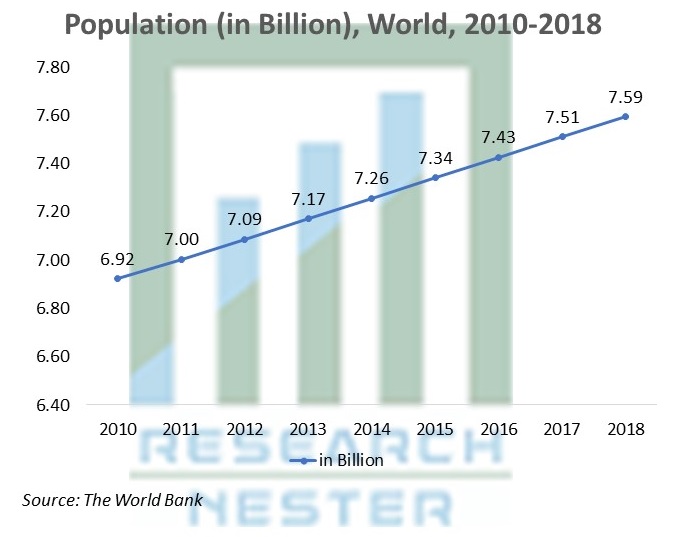 Along with the increasing population around the world, the concern for availability of food is also growing exponentially. To mitigate the issue of food security along with the focus of nations worldwide to end hunger so as to meet the goal number two of the sustainable development goals (SDGs), food manufacturers, farmers, and other individuals associated with the food chain are increasingly taking responsible action for reducing food wastage. The concern for the harmful impact of deadly diseases observed in meat providing animals affected by the consumption of mycotoxin infected food is resulting in huge investments for research and development of nutritious feed by the manufacturers of feed, so as to promote a healthy food chain all around. Such a factor is anticipated to drive the growth of the global feed mycotoxin detoxifiers market. 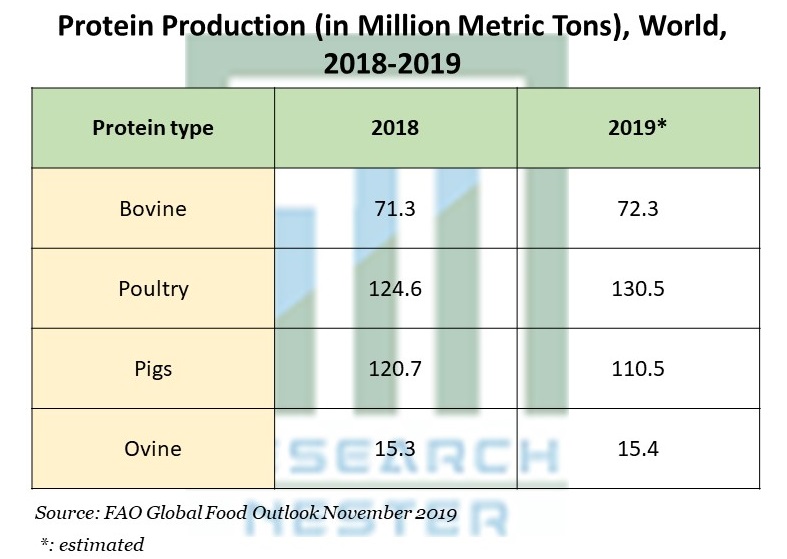 Backed by the need for consumption of protein for a healthy lifestyle, the demand for animal meat protein has grown significantly over the years. Additionally, with the advent in certification methods for food products, such as halal foods and kosher food certifications, the exports of meat around the world have also achieved new heights, impacting towards the greater consumption of animal feed by the end users. Such a factor is anticipated to drive the growth of the global feed mycotoxin detoxifiers market.

Detrimental Effect on the Environment

The fear of the effect on the environment caused due to the utilization of inorganic absorbents in mycotoxin detoxifiers, along with the concern for requirement of precise inactivators for each mycotoxin are some of the factors anticipated to hamper the growth of the global feed mycotoxin detoxifiers market throughout the forecast period.

North America is anticipated to hold the largest market share on the back of rising risk level for mycotoxin in livestock feed along with the increasing adoption rate of feed mycotoxin detoxifiers in livestock feed in the region. Additionally, stringent regulations by the government of the nations for the threshold level of mycotoxin, along with significant production of animal feed in the region is also anticipated to contribute towards the growth of the feed mycotoxin detoxifiers market in the region during the forecast period. According to other statistics by the International Feed Industry Federation (IFIF), out of the total animal feed production in the world in the year 2018, USA and Canada constituted a major share of production, amounting to a quantity of 177 million tonnes and 22 million tonnes respectively. 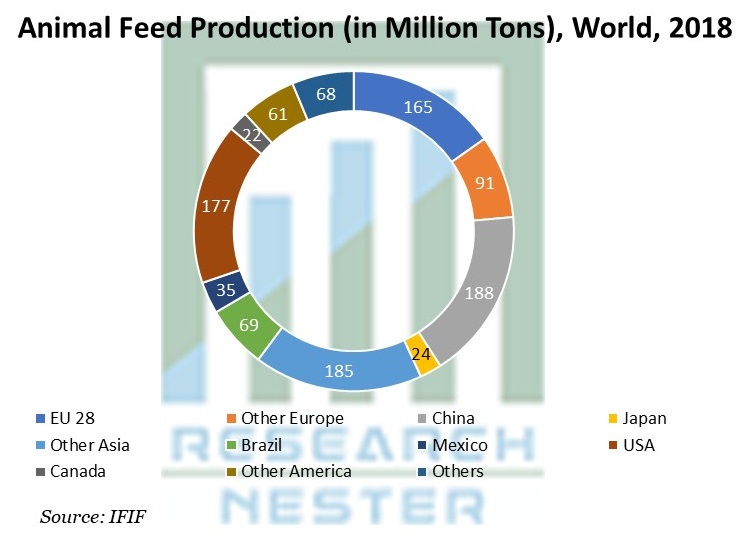 The global feed mycotoxin detoxifiers market is further classified on the basis of region as follows:

Slip Additives Market Segmentation by Type (Fatty Acid Amides, Waxes, and Others); by PPM Slip Content (200-400, 400-600, and Others); by Carrier Resin (Polyethylene, Polypropylene, and Others); and by Application {Packaging (Polyolefin Films, PET, and Others), and Non-Packaging} – Global Demand Analysis & Opportunity Outlook 2029