The global gas separation membranes market is estimated to garner a sizeable revenue and grow at a CAGR of ~6% over the forecast period, i.e., 2022 – 2030. The growth of the market can be attributed to the growing demand for membranes in carbon dioxide separation processes, and high cost-effectiveness of this technology. Along with these, the surge in demand for biogas across the globe, escalation in carbon dioxide emissions, and rising concerns across global warming, are also expected to boost the growth of the market in the forthcoming years. According to the Global Carbon Project Organization, 36.44 billion tons of carbon emissions were generated from the burning of fossil fuels in 2018, up from 35.7 billion tons and 35.22 billion tons emissions in 2018 and 2017 respectively. 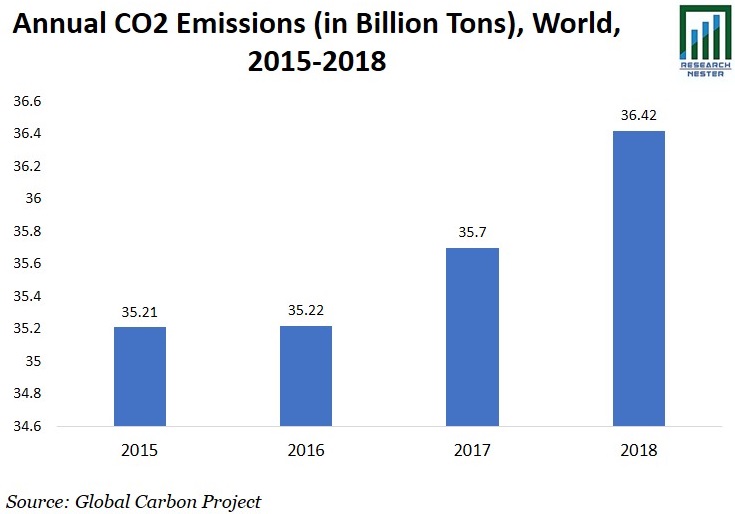 Furthermore, there is a hike in demand for durable membrane materials having higher selectivity and permeability that are able to pertain to extreme environments. This is giving rise to the development of advanced mixed matrix membranes using materials such as zeolites or other molecular sieving media, which in turn is projected to offer lucrative opportunities to the market in the near future. 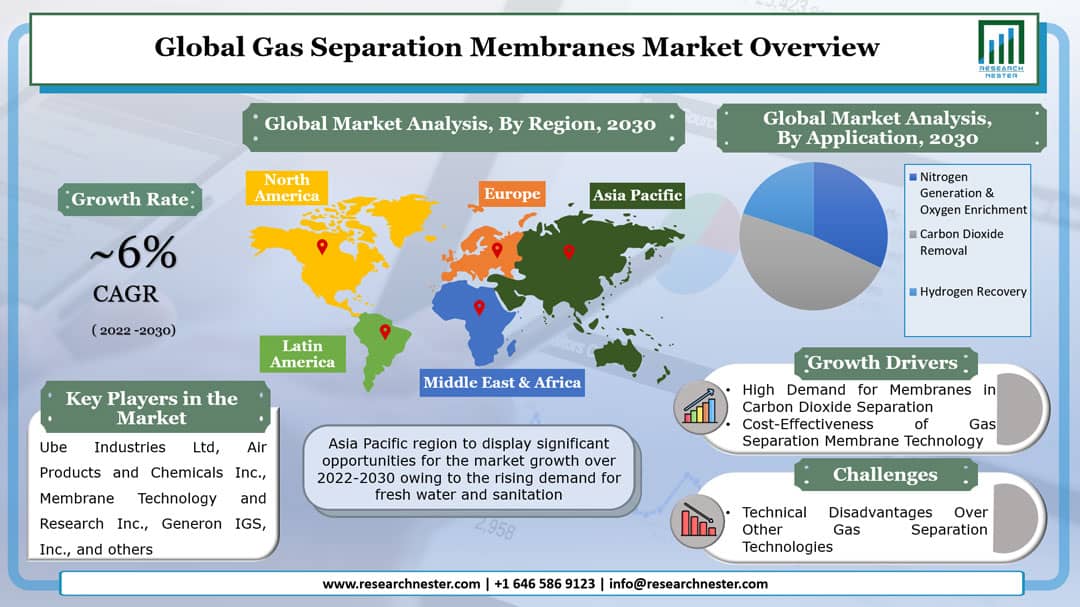 The market is segmented by application into nitrogen generation & oxygen enrichment, carbon dioxide removal, and hydrogen recovery, out of which, the carbon dioxide removal segment is anticipated to hold the largest share in the global gas separation membranes market. This can be accounted to the rise in demand for shale gas in North America, and imposition of stringent government regulations associated with emission of carbon dioxide from the industries. Apart from these, growing demand for membrane separation process in natural gas treatment for capturing CO2 is also predicted to drive growth to the market segment in the future. Additionally, on the basis of material type, the polyimide & polyaramide segment is assessed to acquire the largest share over the forecast period, which can be credited to the excellent selectivity, permeability, high chemical stability and mechanical strength of this material.CLICK TO DOWNLOAD SAMPLE REPORT

On the basis of geographical analysis, the global gas separation membranes market is segmented into five major regions including North America, Europe, Asia Pacific, Latin America and the Middle East & Africa region. The market in the Asia Pacific is estimated to witness noteworthy growth and occupy the largest share over the forecast period on the back of the increasing demand for sanitation and fresh water, and rising demand for carbon dioxide removal from reservoirs. In addition, rapidly growing urbanization, improvement in standards of living and escalating need to remove carbon dioxide from reservoirs are also predicted to boost the region’s market growth in the coming years. As per the United Nations, Asia was home to 54 percent of the world’s total urban population in 2018. The level of urbanization in Asia reached 50 percent that year. Moreover, the market in Europe is anticipated to grab a notable share in the market during the forecast period ascribing to the strict government laws regarding carbon dioxide emissions and intensifying use of biogas in the region. 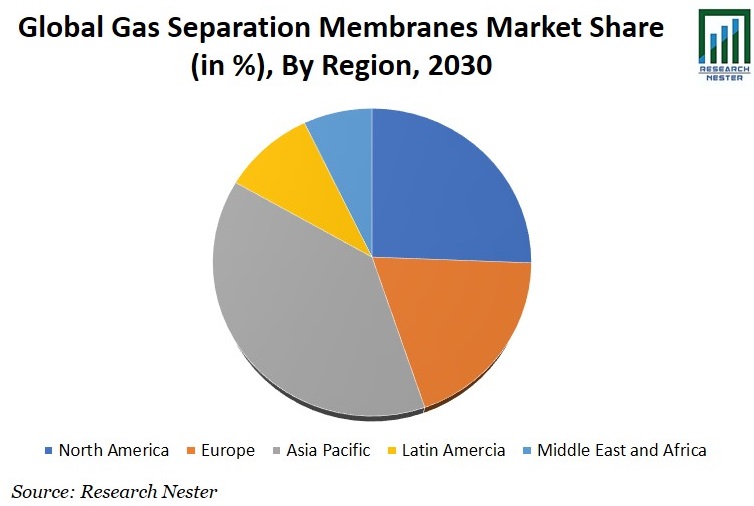 The global gas separation membranes market is further classified on the basis of region as follows:

What are the major factors driving the growth of the gas separation membranes market?

What would be the CAGR of gas separation membranes market over the forecast period?

What are the challenges affecting the gas separation membranes market growth?

Technical disadvantages over other gas separation technologies are estimated to hamper the market growth.

Which region will provide more business opportunities for growth of gas separation membranes market in future?

Asia Pacific will provide more business opportunities for market growth owing to the increasing demand for sanitation and fresh water, and rising demand for carbon dioxide removal from reservoirs in the region.

Who are the major players dominating the gas separation membranes market?

The major players in the market are Air Products and Chemicals Inc., Membrane Technology and Research Inc., Generon IGS, Inc., Air Liquide S.A., and others.

What are the segments in the gas separation membranes market?

The market is segmented by material type, application, and by region.

Which segment captures the largest market size in the application segment in the gas separation membranes market?

The carbon dioxide removal segment is anticipated to hold largest market size and is estimated to grow at a robust CAGR over the forecast period and display significant growth opportunities.