The global Fan Controlled Football (FCF) market is estimated to grow at a dynamic CAGR over the forecast period, i.e., 2022 – 2030. Fan Controlled Football (FCF), formerly known as electronic football league (eFL) is an indoor football tournament, which is controlled by the fans. The first FCF match was held in February 2021, and the committee plans to conduct two tournaments per year. Moreover, it is targeted to add at least 20 teams in FCF in the upcoming five years. The growth of the market can be attributed to the growing enthusiasm and trend for fan-controlled sports, along with the large fan base of football. Football, also known as, soccer, is one of the most popular sport globally, with the sport generating a revenue of almost USD 25.5 billion in Europe region alone in 2020. 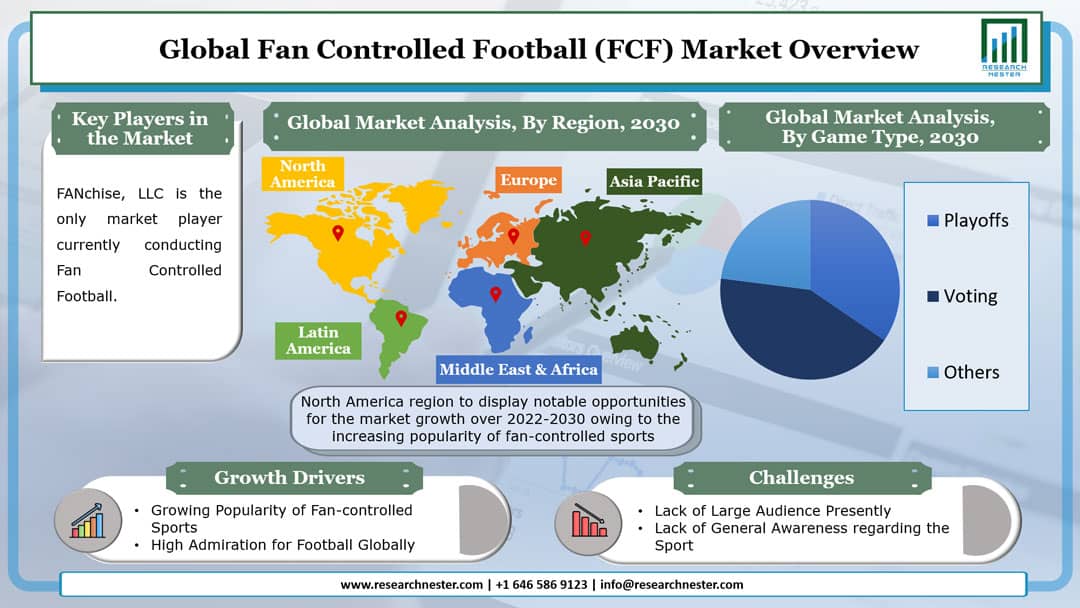 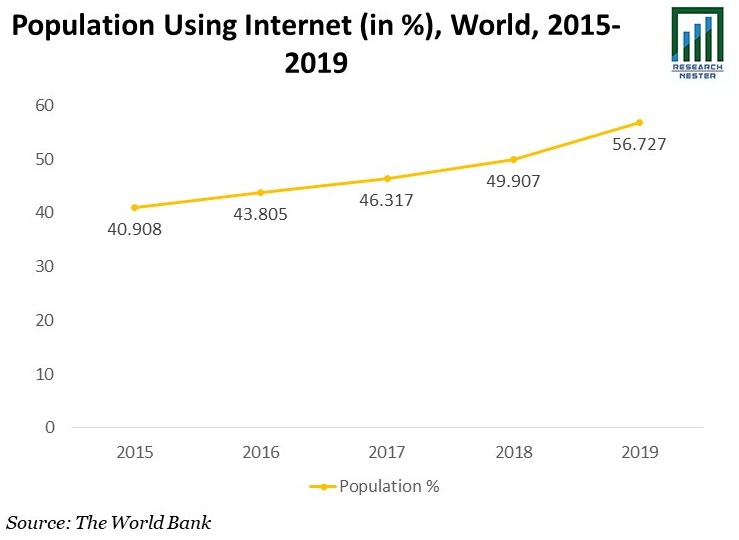 The market is segmented by game type into playoffs, voting, and others, out of which, the voting segment is anticipated to hold the notable share in the global Fan Controlled Football market over the forecast period, as voting is more interactive form of qualification for the teams. Voting is done to select two finalist teams, who then compete to be a winner. With the increase in the number of teams in the future, voting is estimated to gain significant popularity. This is estimated to boost the growth of the market.

On the basis of geographical analysis, the global Fan Controlled Football market is segmented into five major regions including North America, Europe, Asia Pacific, Latin America and Middle East & Africa region. The market in Europe region witnessed noteworthy growth in 2021, on the back of high popularity of football in the region, along with rising fan base of FCF. The increasing penetration of internet is also estimated to boost the market growth. The market in the North America region is also anticipated to gain the notable market share throughout the forecast period owing to the increasing adoption of fan-controlled sports, indoor games, and increasing investment in internet streaming platforms. 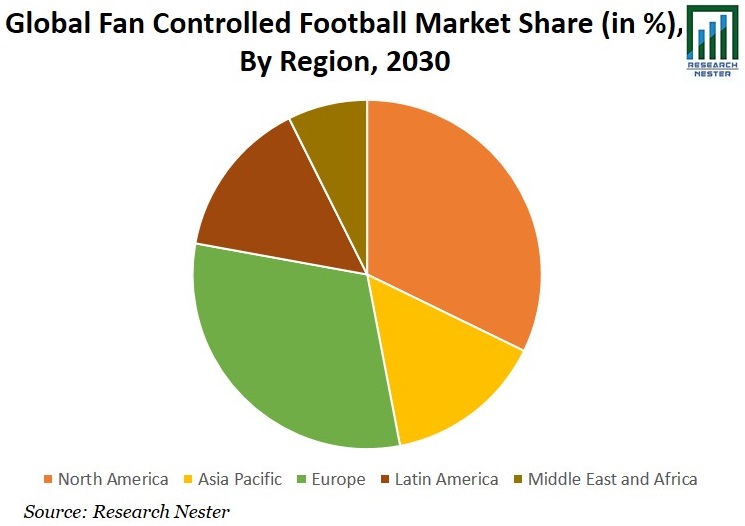 The global Fan Controlled Football market is further classified on the basis of region as follows:

Fan Controlled Sports & Entertainment, Inc. is the only market player currently conducting FCF. However, the concept is estimated to gain significant acceptance in the upcoming years, leading to more players entering the market.

What are the major factors driving the growth of the fan controlled football (FCF) market?

The growing admiration for football along with rising trend of fan-controlled games, is estimated to boost the market growth.

What would be the CAGR of fan controlled football (FCF) market over the forecast period?

The market in the North America region is anticipated to provide more business opportunities over the forecast period, owing to the increasing popularity of fan-controlled sports in the region.

Who are the major players dominating the fan controlled football (FCF) market?

Currently, FANchise, LLC is the only market player conducting Fan Controlled Football, however, more organizations are estimated to enter the market.

What are the segments in the Fan Controlled Football market?

The market is segmented by game type, TV partners, and by region.

The voting segment is anticipated to hold largest market size over the forecast period and display significant growth opportunities.

What are the challenges affecting the fan controlled football (FCF) market growth?

Lack of large audience presently are estimated to hamper the market growth.